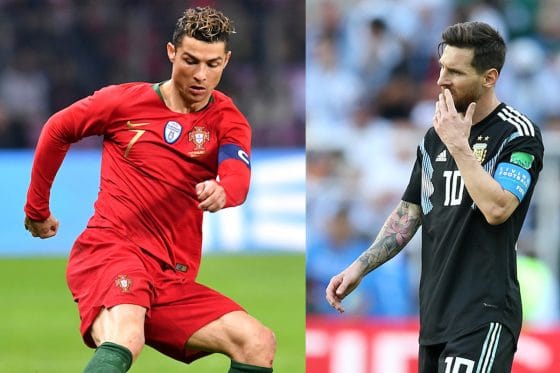 Chelsea want to sign Inter Milan and Morocco right-back Achraf Hakimi. The 22-year-old has been subject of a bid from Paris St-Germain.

If Chelsea sign Hakimi they could then listen to offers for English winger Callum Hudson-Odoi, 20, or Tino Livramento, with Aston Villa interested in the English right-bac

Paris St-Germain are monitoring the situation of France forward Ousmane Dembele, 24, who has a year left on his contract Barcelona.

Barcelona are weighing up a move for Manchester City and England winger Raheem Sterling, 26, who is seen as an ideal replacement for Dembele if he does not renew his contract.

Former Liverpool and Newcastle boss Rafael Benitez is a serious contender for the vacant Everton job.

Inter Miami’s managing owner Jorge Mas confirms that he and co-owner David Beckham have had talks with Argentine forward Lionel Messi, 33, about joining the team as part of his playmaker’s 10-year contract negotiation with Barcelona.

Brazil forward Neymar, 29, made it a condition when he signed his new contract with PSG that they would not sell France forward Kylian Mbappe, 22, this summer.

Tottenham are in talks with Borussia Monchengladbach’s French winger Marcus Thuram – son of World Cup winner Lillian – ahead of a possible summer move.

Incoming sporting director Fabio Paratici will tell Harry Winks that Tottenham will listen to offers for the English midfielder, 25, this summer.

Roma are closing to completing the signing of Switzerland midfielder Granit Xhaka, 28, from Arsenal.

RB Leipzig’s Austrian midfielder Marcel Sabitzer, 27, who has previously been linked with a move to Tottenham, wants to leave the Bundesliga club and could leave for around £15m in the summer.

Burnley have agreed a new contract with manager Sean Dyche, 49, who set to be backed in the summer transfer window.

Former Chelsea manager Frank Lampard is back in the frame for the Crystal Palace job after talks with ex-Wolves boss Nuno Espirito Santo collapsed.

West Ham have stepped up efforts to sign Jesse Lingard on a permanent deal from Manchester United after the 28-year-old England midfielder missed out on selection for the European Championship.

Porto are the front runners to sign Liverpool’s Serbian midfielder Marko Grujic after he spent last season on loan at the club. The Portuguese side, however, face competition from Germany and Italy for the 25-year-old signature.

Leicester City are up against Wolfsburg and Lyon in attempt to sign Bournemouth’s 24-year-old Dutch winger Arnaut Danjuma.

Southampton are close to finalising a deal for Brest’s 23-year-old French left-back Romain Perraud – who has previously been linked with Leeds – but an unnamed club may yet hijack the move.

Spanish midfielder Javi Martinez, 32, is willing to listen to all types of offers as he prepares to leave Bayern Munich.

Spanish defender Sergio Ramos, 35, hopes he can recommence contract talks with Real Madrid and is open to a one-year contract extension after previously holding out for a longer deal.

Pictorial: What you missed at the Gamers Empire Launch

Media Personality Flavia Tumusiime has opened up that she has been battling with Coronavirus for the past fortnight.

Taking to her Facebook page, Flavia Tumusiime revealed that suffering from Covid-19 is the worst experience one can ever have. The stunning mother of one added that she never wishes for anyone to suffer from the deadly pandemic.

She advises everyone to take precautions and observe SOPs to avoid contracting or spreading the pandemic.

“Are you being safe? My heart goes out to all who have lost loved ones and are nursing the sick. My heart to you who is positive with COVID and in isolation fighting your best.

I can’t begin to explain the feeling when you think your sense of smell will never return or that your chest that is hurting so bad is a sign of damage inside.

I have healed and don’t wish it upon anyone. Please wear your mask, sanitize since we must still go to work to fend for ourselves and our families. Praying for us all.”, she posted.

Flavia also went ahead and tipped;

Meanwhile, yesterday Police together with the Health Monitoring Unit recovered assorted drugs suspected to be worth shs1 billion from a clinic in Nansana, Wakiso district.

According to the Kampala Metropolitan deputy police spokesperson, Luke Owoyesigyire , following a tip off from locals about vehicles seen ferrying suspected stolen drugs prompting an operation at Brocch medical services, a clinic located in Nansana, Gganda in Wakiso district.

“This operation was as a result of information from locals, who informed the police that trucks had parked at the clinic and drugs were being off loaded and put in other vehicles. The police led by the OC CID Nansana responded and they were able to recover drugs on a parked tipper truck,”Owoyesigyire said.

Weasel and Sandra have been together close to four years and their intimacy is said to have sparked immediately after Weasel broke-up with his first baby mama, Shamira.

Sandra Teta and Weasel first broke onto the scene just over two years ago.

The 2014 Miss University Rwanda and the Gudlyfe were painting social media and never cared about the latter’s other women.

Within no time, She was heavy and managed to deliver a bouncing baby girl in May 2020. The baby was named Ria Mayanja.

We have now exclusively learnt that Teta who now stays with Weasel at Neverland is pregnant again.

Our sources have revealed to us that the beautiful model turned business woman is about four months pregnant.

Sandra Teta was born in Uganda in 1991. She spent her childhood in Kampala, Uganda before her family returned to Rwanda after the 1994 Genocide against the Tutsi.

She studied at Kigali Parents Primary school and joined FAWE Girls senior secondary school before enrolling at Lycee de Kigali, where she completed her Advanced Level.

Teta joined the School of Finance and Banking—SFB, in 2011, where she contested for Miss SFB and emerged the second runner-up.