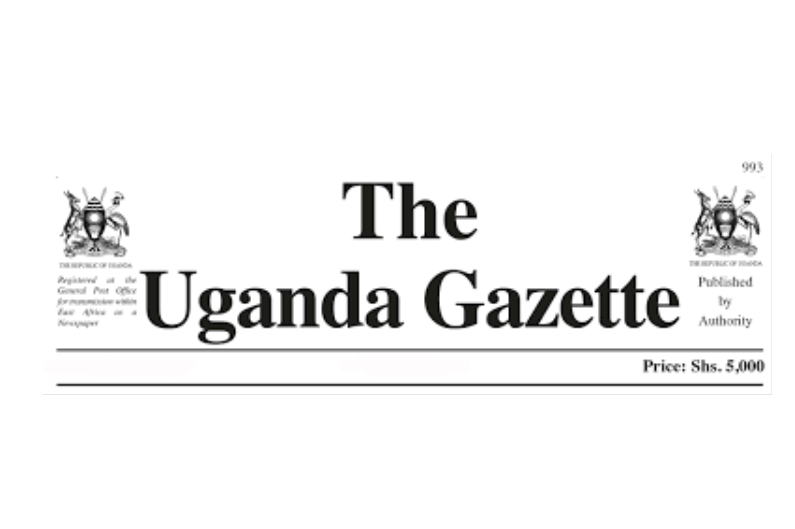 The Supreme Court has Wednesday adjourned the hearing of an application filed by Robert Kyagulanyi Ssentamu, the former National Unity Platform presidential candidate withdrawing his election petition until it’s published in the Uganda Gazette.

In his petition, Kyagulanyi was challenging President Yoweri Museveni’s win in the recently concluded presidential elections.

He however took a U-turn and instructed his lawyers to withdraw the case from the Supreme saying that the court was unable to deliver justice.

The hearing of his application to withdraw the case was however adjourned until its published in the Uganda Gazette.

What is the Gazette?

It is a weekly publication and is accessible to the public upon subscription.

The legal status of the Uganda Gazette is that it is the Official Government publication in which all important Government Communications to the public are usually effected by being published in the Gazette.

For example, Acts of Parliament are required by Article 91(8) of the Constitution to be published in the Gazette.

The Gazette is an official and authentic legal public information to the extent that if anything is published in the Gazette, it can be taken that the public is duly informed about the matter contained in therein.

It provides an update on the new and revised laws of Uganda passed by parliament on a weekly basis, opportunities for Business investment through the various notices from the Uganda Registration Services Bureau, Ministry of Lands, Housing and Urban Development, the Ministry of Energy and Mineral Development, professional bodies such as Law Council, Surveyor’s Board, Nurses and Midwives Council, Ordinances and bye-laws from the Local Government and other entities.

Once one is subscribed to the publication, it is delivered to their doorstep weekly.

Who publishes The Gazette?

The main function of the Corporation is to provide printing and publishing services to the Government, Ministries, Department, parastatal bodies and to private individuals and organizations.

The company recently got rewarded with the deal of processing and printing drivers’ licenses for the whole country replacing Face Technologies which has been handling the duty.

Why was Bobi Wine asked to publish his application in The Gazette?

In more recent times, in cases where the Government desires to ensure that by all means the public are duly informed, certain laws provide that in addition to Gazette publication the matter concerned be published in the media but Bobi Wine’s application is already in the media.