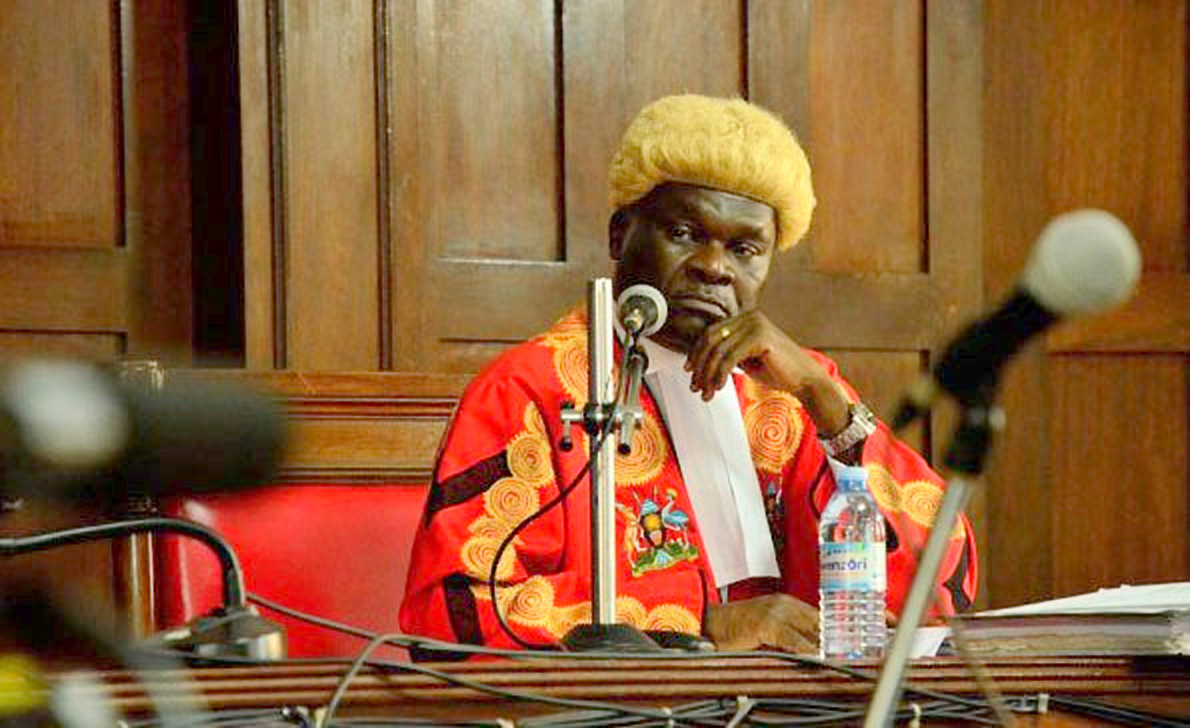 While addressing a press conference at his office in Kampala on Monday, Kyagulanyi said he had lost interest in his petition because of what he called open bias exhibited by the court. He cited the refusal by the Supreme Court justices to accept amendments to his petition and the decision to deny him a chance to file additional affidavits to back his case.

Kyagulanyi also demanded informally the recusal of three justices including Alfonse Owiny-Dollo, the Chief Justice, Mike Chibita and Ezekiel Muhanguzi because of their previous relationship with President Yoweri Kaguta Tibuhaburwa Museveni, the first respondent to the application. For Muhanguzi specifically, he alleged that he had a familiar relationship with the Security Minister Gen Elly Tumwine. All these Kyagulanyi said make them incapable of determining his case fairly.

This morning, Kyagulanyi formally filed an application in the Supreme Court asking to withdraw the petition. The court was set to hold a conferencing session to agree on the issues to be determined in the main application. However before the session could begin, Kyagulanyi’s lead lawyer Medard Lubega Sseggona said he had filed an application seeking to formally withdraw the petition and asked the court to guide him on how to proceed. “We know there are some processes that have to be followed. We seek your guidance on that before we go to the petition,” Sseggona said.

Sseggona said they wanted to inform the court on Monday but didn’t succeed to do so because by the time they were ready, court had closed. The Attorney General William Byaruhanga who is the third respondent to the application said they were ready to proceed with the normal business but the court had to first entertain the application to withdraw the petition. “We were supposed to be here for conferencing but there is an application to withdraw the petition. We have been served this morning,” Byaruhanga said.

The Chief Justice Alfonse Owiny-Dollo who is heading the panel of nine judges said that according to the law, Kyagulanyi has a right to withdraw his petition at any time. He however said this must also be done in accordance with the dictates of the same law. According to the law governing presidential election petitions, to withdraw a petition, the petitioner has to write an application and swear an affidavit him/herself and his lawyer supporting it, stating clearly the reasons for their decision to withdraw the petition. But Kyagulanyi didn’t attach any affidavit from his lawyers.

“We will have that affidavit today, a copy will be put on the notice board, and the [court] Registrar will also cause it to be put in the official Gazette. Once the notice comes in the Gazette, we will inform you when to proceed. This is all about the importance of the presidential election petition. It’s not handled like other matters. Even getting out you have to go through the process,” Owiny-Dollo said.

Byaruhanga said if Sseggona is able to serve them with the affidavits supporting the withdrawal of the petition today, they will be able to respond to them before the end of Friday. Court then set Saturday this week as the deadline to submit all the necessary affidavits from the applicant and the respondents and the necessary rejoinders.

Owiny-Dollo said the parties should be ready to proceed with the hearing of the application by Monday provided the Gazette is out. He adjourned the court sine die meaning; there is no set date for reconvening. Speaking to journalists after the court session, Sseggona said that they filed the application to withdraw the application based on the plan, saying ignorant people should not have anything else to say about it.

What is ‘The Uganda Gazette’ and Who Publishes it?