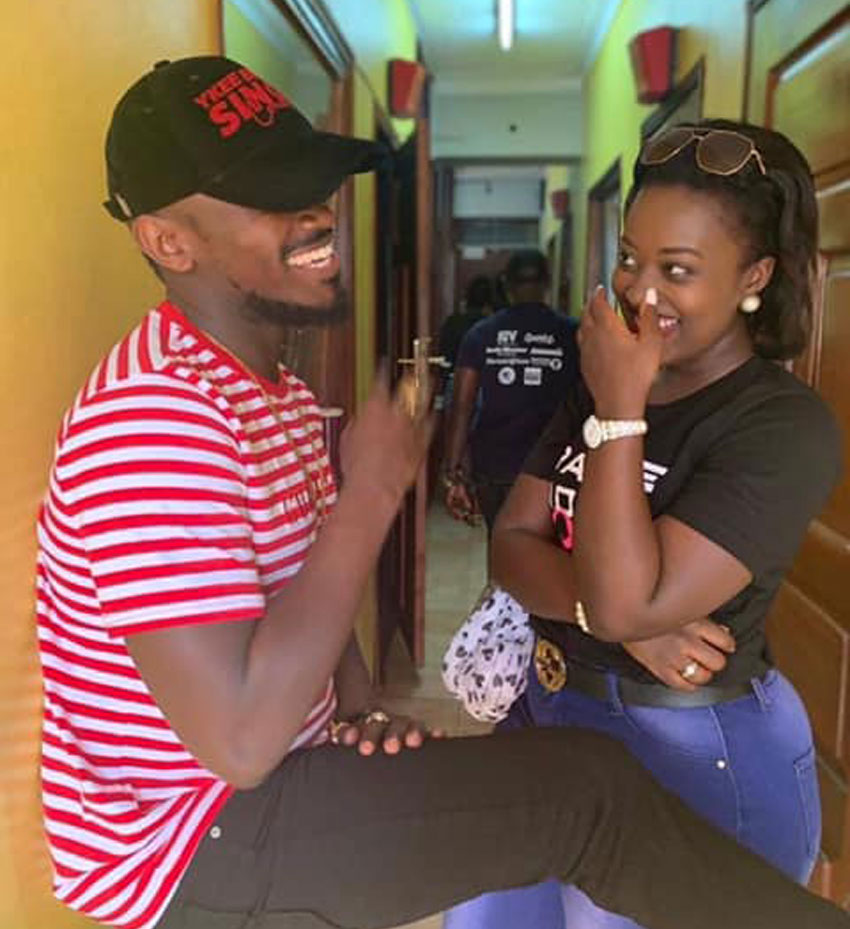 
Renown media personality and events host Mariat Candace Nasasira is officially off the single and searching radar after she introduced her better-half in a beautiful traditional Nikkah ceremony.

The Galaxy FM Programs Director held her Kukyala ceremony on Friday 9th January 2020 as she introduced her longtime lover to her family members and friends in a colorful event.

She went on to share a few photos that they took during the function and the couple indeed looked adorable, smart, and lovely.

She also thanked friends and relatives for the trust and support that they extended to her as also and praised God having got her a soulmate that she is willing to spend the rest of her life with.

I have found the one whom my soul loves Alhamudililah 09.01.21 #Kukyala#Nikkah

Vinka holds baby shower, set to give birth this month

Vinka, real name Veronica Luggya, will be giving birth before the end of this month after holding a baby shower over the weekend.

For several months, Vinka has been rumored to be heavily pregnant. Radio personality Jenkins Mukasa confirmed that she will be a Nalongo a few months ago.

Her absence from concerts and public gatherings continued to fuel the pregnancy rumors and we put our sources to the task of finding the truth.

The pregnancy rumors were followed by other reports of how she held a highly secretive Kukyala ceremony toward the end of November.

Both rumors have been confirmed true by our sources who also went on to reveal that she is expecting to give birth very soon.

“She is heavily pregnant and she will be giving birth this month. She actually held a baby shower on Sunday,” our sources affirmatively stated.

To keep all this away from the media, Vinka does not allow anyone to take photos of her and share anywhere.

She is also very careful about what she wears and where she appears. We wish her a safe delivery when it happens. We can’t wait to have her back on the music scene.

John Katumba – one of the eleven Ugandan presidential candidates – has finally showed off his lover after many weeks of being attached to several city slay queens.

Katumba has increasingly become popular among the youths for his courage, character and personality. His love life is, however, very secret.

In November, photos of John Katumba and a mysterious lady surfaced online. The beautiful girl was identified as Methia Lydia Nabawanda, a YouTuber and social media Influencer.

Rumors started flying across different blogs as they claimed that she was Katumba’s official girlfriend. She, however, rubbished the rumors during an interview on NBS TV.

Katumba’s fans then continued to question, “if not Methia, then who?” Well, there is another beautiful lady that stole the 24-year-old’s heart.

Through an Instagram post on Sunday morning, John Katumba shared a photo of a lady identified as Siham Mohards and attached the caption; “Those who were asking me about my First Lady, there you go.”