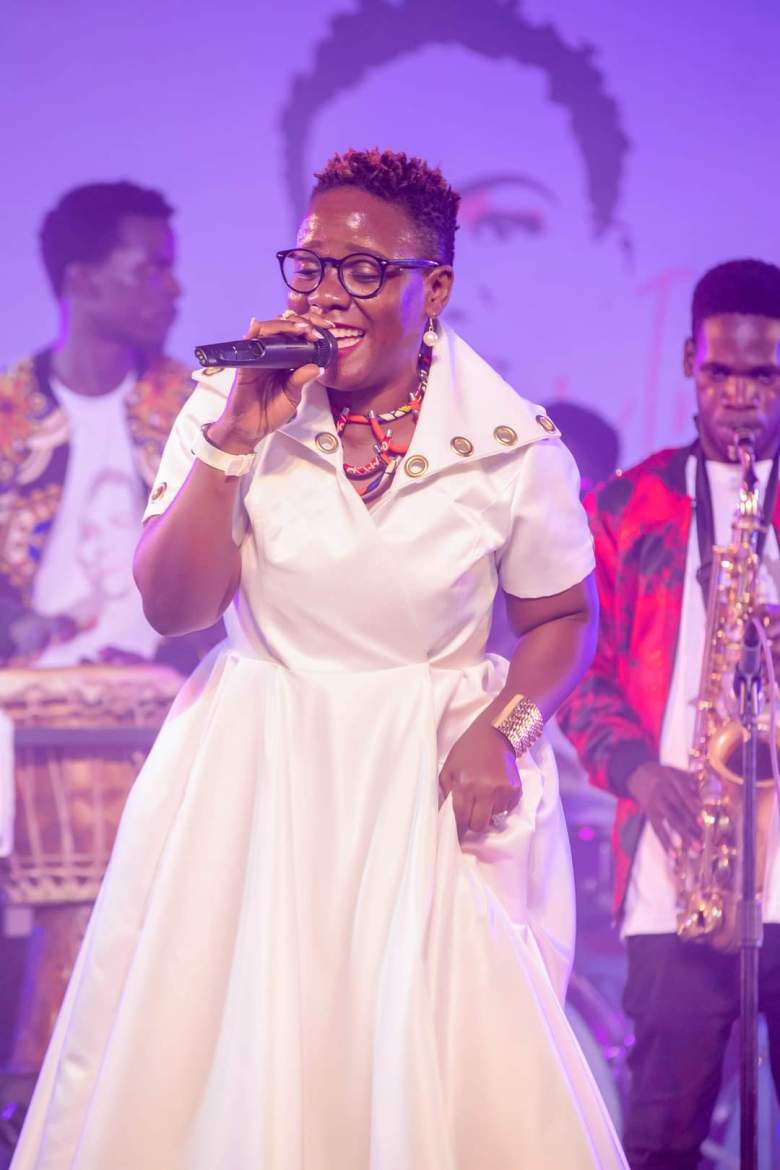 Kibz Music Revolution artist Irene Kayemba held her maiden online concert dubbed ‘Woman’ that was applauded by many of her music fans and followers on Sunday.

The concert that immediately got underway a few minutes after her young brother Bobi Wine’s political address to the nation lived to the billing with the silky-voiced diva putting up a memorable performance.

The lighting and sound from her band perfectly matched her vibes something that indicated that they had good preparations and rehearsals before the concert.

Irene Kayemba entertained her fans for close to two solid hours of non-stop music as she took them through her music journey with songs like; Akakeeka, Mmeere Yamutima, A Better Country, Wadda Wa and climaxed her performance with ‘Woman‘.

She then took to her social media pages and thanked whoever was online and supported her in anyway and made sure that her show was a success.

Yesterday was a great experience as I was launching my album #WOMAN with a great performance that you all enjoyed and it was a success because of my magical Team so allow me to appreciate first the Sponsors Bidco Uganda Limited with a brand new product BLUE MAGIC SOAP, HARISS INTERNATIONAL under ROCKBOOM and RIHAM WATER thank you so much, then the KIBz BAND thanks you so much guys for the great performance, the production team the ones on the lights, stage, visuals thank you all for making it magical and working as a team. I would also like to thank @KIBz Music Revolution thank you for believing in me am really humbled.

Lastly, I thank all my fans whom I call family in the music industry to thank you for giving me ur time and Ears to listen to all my projects am thankful. Thank God for making all this possible”, a seemingly happy Irene Kayemba posted after her successful Concert.

Men are not trash – Bruno K defends the male gender