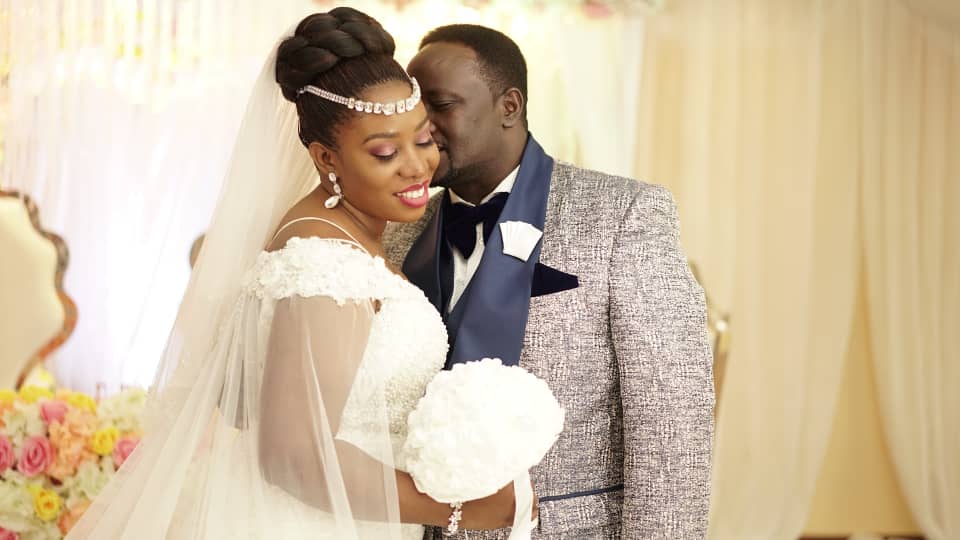 Over the weekend, gospel singer Julie Naluggya  Mutesasira’s ex-husband, Pastor Steven Mutesasira walked down the aisle with his new woman a one Joyce Nabakooza.

Pastor Steven and Joyce’s marriage vows were presided at his church in presence of close family members and friends.

He has since showered his social media with pictures of their adorable wedding moments and hailed Joyce for being his crown unlike Julie did in his past.

“An excellent wife is the crown of her husband, but she who shames him is as rottenness in his bones.–Proverbs 12:4” Marriage is a life-long covenant between a man and a woman to live as one flesh, for their mutual benefit, and for the bearing of children.

The relation of husband-wife is the most beautiful relationship of the world. It’s the relation by which two different people turn into one entity for the lifetime,” Pastor Steven wrote.

Pastor Steven and Julie’s exquisite 10-year marriage hit rock bottom 3years ago after Julie was alleged to be sleeping around with other men.

This prompted Julie to relocate to Canada.

The two had borne two kids together Esther and Ezekiel Mutesasira by the time they parted-ways.

Esther and Ezekiel sparked to limelight in October 2019 when they won the first season of East Africa’s Got Talent at the ages of 14 and 11 respectively.

Ronald Mayinja finally explains why he decided to sell his Makindye house. Silences critics who branded him broke