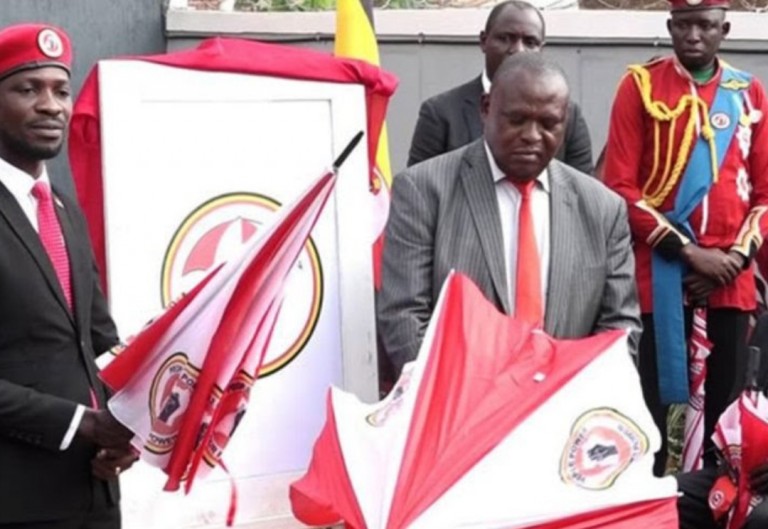 The High court has moved the highly anticipated ruling involving the Kibalama-Kyagulanyi case on the legality of the National Unity Platform -NUP to Wednesday next week.

The case involves two-party members challenging the change of Name and leadership of the National Unity Reconciliation and Development Party-NURP into National unity Platform Kyadondo East MP Robert Kyagulanyi without their authorization.

The NURP party members want the court to declare that it was illegal for Kibalama to hand over leadership to Kyagulanyi and also issue an order declaring all changes illegal and the party returned to the rightful members.

Justice Musa Ssekaana of the Civil Division of the High Court in Kampala who is the presiding Judge has confirmed that the ruling will be sent by email to the respective addresses on Wednesday.

Justice Musa Ssekaana extended the judgment that was slated for today at 9 am due to unforeseen circumstances.

The judiciary spokesperson, Jameson Karemani, says the judge was not ready to give judgment since both parties filed submissions beyond the required timeline.

“Be informed that the NUP judgment will not be there today but on some other day next week to be communicated to you,” Karemani said in a message on Friday morning.

The NURP name was changed to the National Unity Platform and Kibalama swore an affidavit defending the process of changing the party leadership.

<!-- Background of PhotoSwipe. It's a separate element as animating o