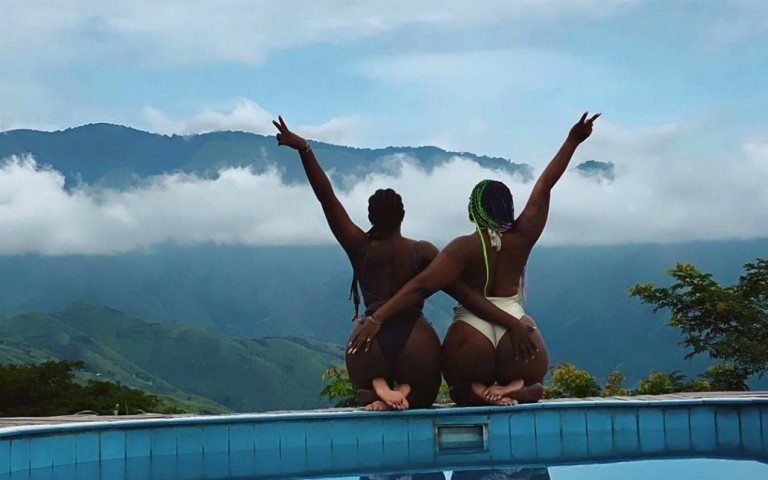 Artiste Winnie Nwagi has  extended her contract with Swangz Avenue, after a long period of speculation on where her career might be heading.

Nwagi’s career comes with a lot of controversies from her wardrobe mishaps to hints of violence. She had a big share of backlash last year when she slapped her maid, and her reluctance to apologies escalated the matter to police. The matter was later resolved when her record label stepped in.

The artiste was also at the centre of attention when a video leaked showing her dancing with a SMACK student while rubbing her bums on the young boy.

Last week she broke the internet when she released tantalizing photos in swimsuits. To make her point that this was not in error, she released more at the start of this week. Winnie has caved a reputation of taking on social media bullies and taking on fans who criticize her on social media.

But all that has been put to rest when the record label announced this morning on their official social media pages that the artiste had put pen to paper on a new long-term contract.

“We are pleased to extend our working relationship with super talented Winnie NWAGI for an extended period.”

This is a big show of support by Swangz to their artiste that seemed to cause the most trouble. Perhaps they clearly looked at the talent and it outweighed the shortcomings. A video was released by Swangz of the contract signing ceremony where Winnie popped champagne.

Nwagi joined Swangz Avenue in 2014 and has been such a great success working with the industrial-area-based record label. Nwagi has several songs to her name ranging from Musawo, Kano Koze, Embeera, Jangu, Matala, Kibulamu, Magic, and Detergent, among others.

I don’t want to jump on music trends, I want to set my own