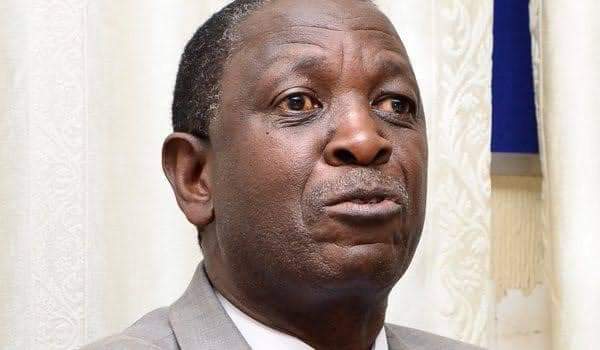 President Museveni has gone ahead to appoint Charles Oluka as the new ISO chief and deputised by Emma Katabazi.

The former scribe explained: “ISO Director General Kaka Bagyenda has been fired forthwith. This follows after President Kaguta Museveni sent SFC to open his safe houses and release the victims of his torture leading to a shootout! Kaka has also been fabricating intelligence, polluting the air.”

He narrated: “As I said on last year, we Ugandans did not need Western human rights pretenders to fight evil in our system. Kaka forgot that the ideological foundations of the NRM/UPDF/ISO stand in opposition to the thuggish methods he used. So his fall was inevitable and had to be domestic.”

“His worst contribution to our intelligence system was to destroy whatever good that had built in ISO, and then running torture chambers euphemistically called safe houses where he brutalized his victims with the barbarity of Idi Amin’s goons. But all is well that ends well,” Mwenda brutally argued.

Background and education
He was born in Ibanda District, in Uganda’s Western Region, in February 1952. He attended local schools before he was admitted to Makerere University circa 1974. In 1977, he graduated from Makerere with a Bachelor of Commerce degree.

Military career
In 1981, Bagyenda joined the National Resistance Army (NRA), a rebel guerrilla outfit, led by Yoweri Museveni, who waged the Ugandan Bush War, between 1981 and 1986. He carried out covert operations for the NRA and was instrumental in the capture of Masindi Army Barracks by the NRA on 20 February 1984. To disguise himself from the Uganda National Liberation Army (UNLA) soldiers, he adopted the name Kaka, dropping his birth names Frank Bagyenda. He served in the Ugandan military, rising to the rank of Major, before he retired at that rank in 1993.

His assignments in the military included as the commanding officer of a brigade based in Kampala, Uganda’s capital city. He then served as head of the directorate of transport, and then as a member of the then Directorate of Military Intelligence (DMI), which today is the Chieftainancy of Military Intelligence (CMI). He also served in Uganda’s Northern Region, where commanded a brigade in the early 1990s.

In retirement
In 1994, he was recalled and conscripted to assist the Rwanda Patriotic Front capture power in Kigali. He remained in Uganda however, engaging in the trucking business in Western Uganda, and setting up Panoma Hotel in Kalangala, in the Ssese Islands.

While in Kalangala, Bagyenda remained an active intelligence operative, playing a role in the disruption of illegal fishing on Lake Victoria. In 2013, he was promoted to the rank of Colonel, while in retirement.

In January 2017, he was appointed to head ISO, replacing Brigadier Ronnie Balya, who was appointed Uganda’s ambassador to South Sudan, based in Juba.