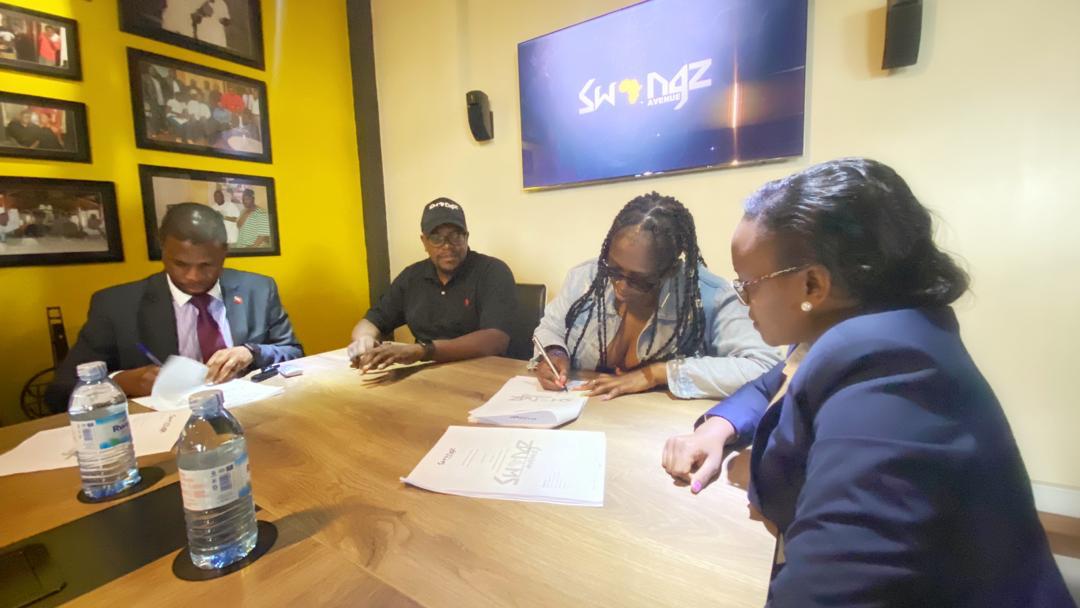 Despite all the rumors that have been ongoing pointing towards a contract termination for Winnie Nwagi at Swangz Avenue, the record label has renewed the singer’s contract.

It was announced this morning on Winnie Nwagi’s social media pages that she put pen to paper to a new longterm contract with Swangz.

Winnie who joined Swangz Avenue in 2014 has been such a great success working with the industrial area based record label.

Over the years, Nwagi has several hits to her name from her breakthrough hit Musawo to other monster hits like Kano Koze, Embeera, Jangu, Matala, Kibulamu, magic, detergent.

She has been very successful with all collaborations with other artists. Fire Dancer with Nigeria’s Slim prince is up to now a song still on every DJs playlist. Amaaso with her labelmate Vinka was a big success last year and later remixed with Fefe Busi and The Mith.

Others include Science ft King Saha, Oyitayo with Chozen Blood, Bwogana with Rachel Ray and most notably the song of 2020 Kwata Essimu featuring Free Boy.

Nwagi comes with a lot of controversy from her wardrobe mishaps to hints of violence. She had a big share of backlash last year when she slapped her maid and her reluctance to apologize only escalated the matter and police got involved. The matter was later resolved when her record label stepped in.

Last week she broke the internet when, together with her girlfriends, she went on a holiday in Fort Portal and released tantalizing photos in swim suits.

To make her point that this was not in error, she released more at the start off this week. Winnie has caved a reputation of taking on social media bullies and fans who criticize her on social media.

The contract renewal puts to bed all the rumors of a potential fall out between her and swangz Avenue – a label that prides on good reputation and a strict code of conduct.

This is a big show of support by Swangz to their artist who seemed to cause the most trouble. They clearly looked at the talent and it outweighed the shortcomings.

A video was released by Swangz of the contract signing ceremony where Winnie popped Champaign.