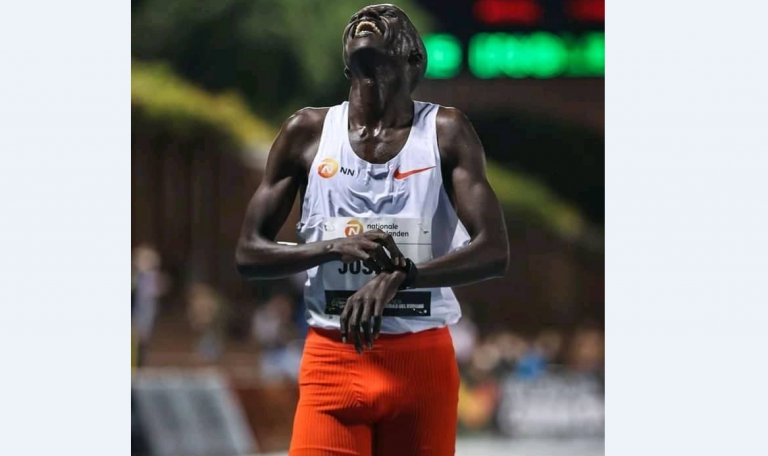 Within the space of two months, Uganda’s Joshua Cheptegei has broken two long-standing world records – the 5,000m world record on August 14 in Monaco and now the 10,000m yesterday night in Valencia.

It means he has erased both races’ records previously set by Ethiopian legend Kenenisa Bekele after each remaining intact for more than a decade. 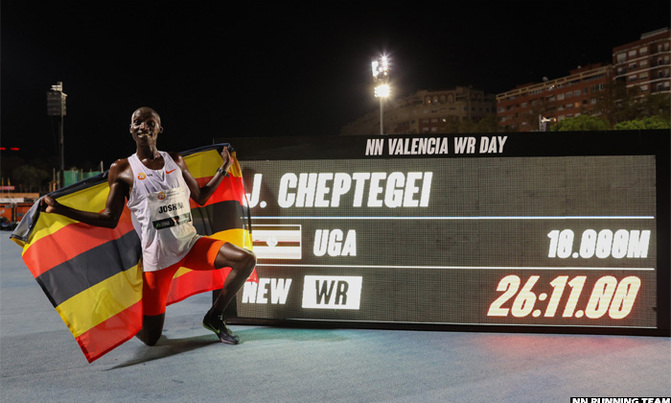 So his latest feat, produced on a humid late night in the Spanish city of Valencia at a specially-organised NN Valencia World Record Day event, means Cheptegei has broken three world records this year. 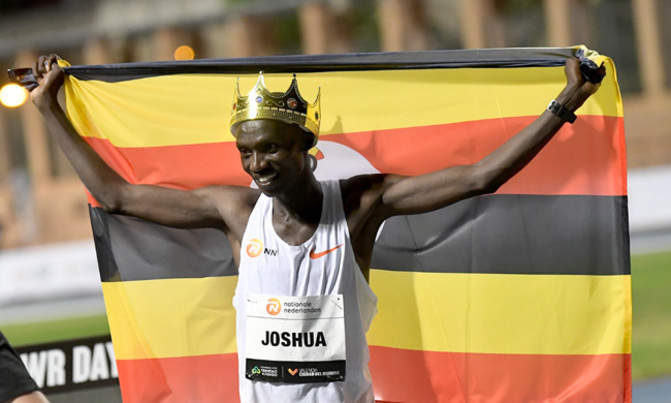 But despite scaling new heights and setting the bar too high for younger athletes that will later try to challenge his achievements, a few city slay queens have already shifted gears and focused on Cheptegei’s big and dangling magic stick.

It should be noted that the star athlete went into the race putting on a tight black short a sporting outfit synonymous with long distance runners. 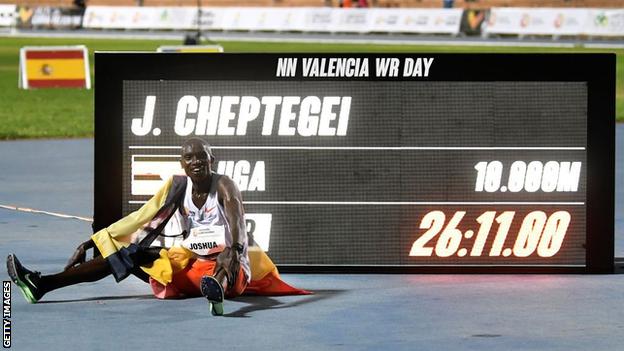 As a result the tight black pant left nothing to imagination as it’s gripping hold got a number of women on social media mesmerized at how endowed the 10,000m champions is well endowed on and off the track

”Not only he has a huge third leg, also he has alot of money” a one Fungo Matanda said

”Blessed is this man,He might had done good in his past life that made God bless him with a big third leg to such an an extent, cheeeii” a one Brenda also commented on Cheptegei’s big whopper