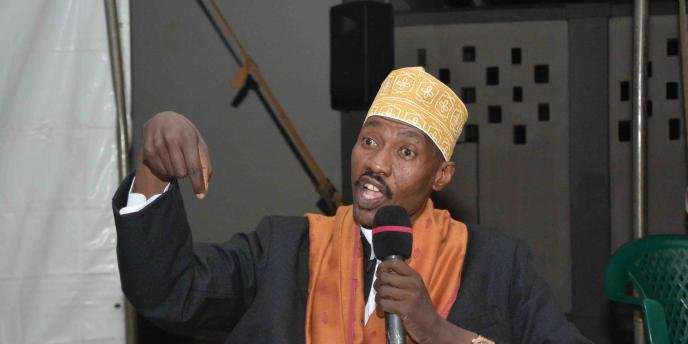 Religious leaders have locked horns over the delay in laying to rest the late Haj Nasser Ntege Sebaggala.

However, his burial has since been delayed because of his dying wish indicated in his will was to have all his children attend his burial.

This development did not go down well with a number of Sheiks who rebuked the act as a contradiction of the Muslim doctrines.

However, during prayers on Thursday night following the arrival of 7 of Sebagala’s children, Sheikh Luckman Wakinyankaali lashed out at the accusers while defending the delay.

Sheikh Wakinyankaali explained that such a delay is accepted in Islamic teaching if it saves the family from a bigger problem of conflicting and fighting amongst themselves.

He challenged them to come out and declare where it is stipulated in their religion that there is a punishment for the delay to bury an individual.

Sheik noted that such religious leaders should keep off family matters they have no connection to adding that Sebagala’s family sat and agreed that it was wiser to have all the children present to avoid future conflict.

He asked the bitter sheikhs to instead of cursing over a minor detail, pray for the deceased to be received in Allah’s paradise for the good things he did.

7 children to the deceased entered the country on Thursday from the United States of America.

Meanwhile, Sebaggala’s body has been taken to City Hall in Kampala and will later be taken to his Munyonyo home for the night.

On Saturday, the body will be taken to Kisaasi for a day and night vigil after which burial will be conducted on Sunday.