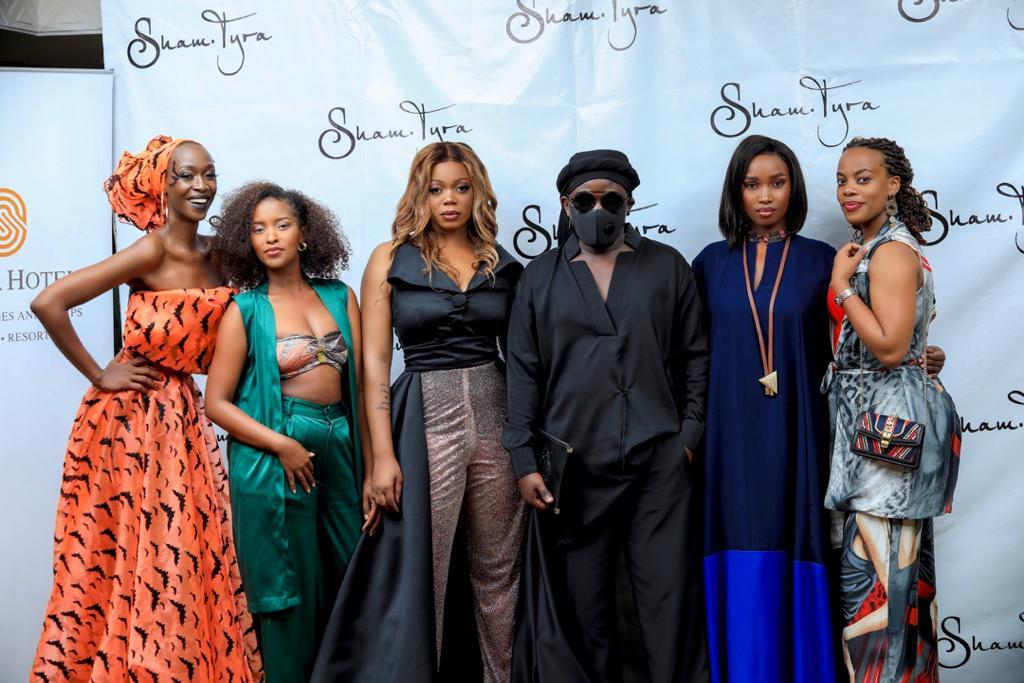 For a debut fashion showcase, Sham Tyra was over the top as a couple of celebrities, fashion designers and influencers filled up the Crane Turaco Hall to witness her ideas fitted in cloth.

It was glamour as expected but the surprise for many of the attendees was the fashion show being of a virtual mature. Even Ahumuza Brian a.k.a Abryanz expected a runway but was humbled upon seeing the showcase happening on the giant screens placed at different corners of the venue.

Digitally generated by Kasule Allan Raphael a.k.a K-Rafael, the 3D animation showcase accurately unveiled the creativity to be witnessed in Sham Tyra’s Boldly Bold collection. From the start of the show, all you could here was “Wow!”

Sham Tyra, celebrating four years in the active fashion industry, is known for her bold fashion ideas and the love to comfortably stand out. Her drapery is something that has always attracted the most stylish females to frequent her Bukoto-based fashion house.

She revealed that the Boldly Bold collection is quite personal to her and is inspired by the spirit of individualism and desire to be unconventionally comfortable.

In the new collection, expect various fabrics including satin, velvet and sequins.

Below are some of the looks from the showcase: