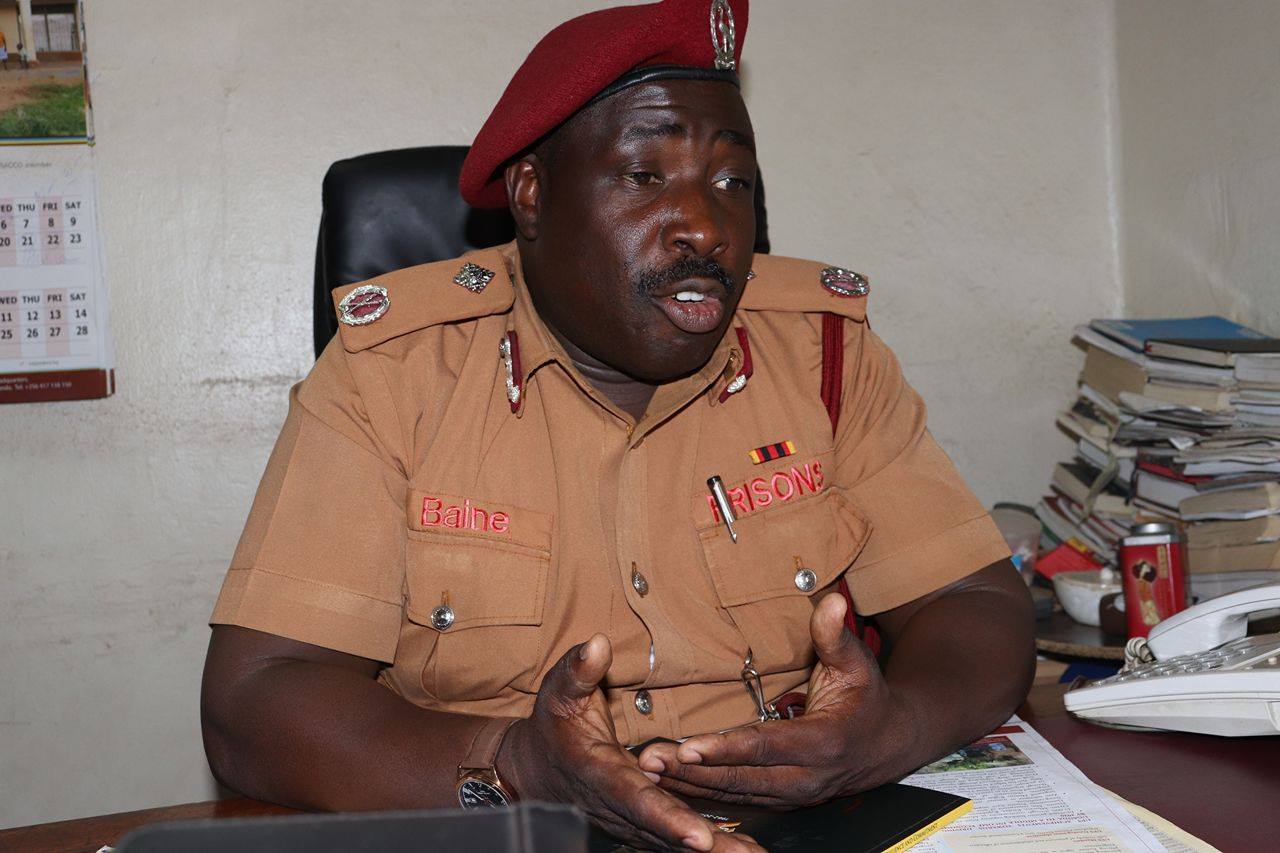 Uganda Prisons Services Spokesperson Frank Baine has refuted claims made by the Nakaseke South Member of Parliament Lutamaguzi Ssemakula on different social media platforms that he was arrested and taken to over 10 prisons in one night.

Baine challenged Lutamaguzi to come out and justify his statements which he (Baine) said were baseless and misleading.

“As a leader, if he wants to communicate, let him be honest and speak the truth. It is very unfortunate when a leader stands from the misinformed part, takes his personal sentiments and political disappointments to paint the dark picture of prisons,” Baine told Journalists at Uganda Media Center on Monday September, 7.

Baine also noted that, Luttamaguzi goes ahead to allege that there are too many kidnapped prisoners and that there is a deliberate policy to poison prisoners.

“The facts speak for themselves, prisons operate an open door policy. There is no body that comes to prison, if you have not gone through court and prison. I want him to go ahead and verify his allegations because we have all warrants for every inmate in our custody,” Baine said

He also said that, “If our work is to poison prisoners then we would be having zero, we would not be having congestion. I hope that he finds it in his heart to say the truth and confirm that it was his personal anger leading him into doing that.”

He, however, revealed that all patients in Gulu referral centers are stable and are expected to be discharged any time soon.

“As far as Kampala is concerned our isolation centers of Kitalya, Kasangati and Kawuga are currently admitting the inmates,” Baine added.

Baine also noted that the number of prisoners has now increased to 61,169 prisoners in 264 prisons and they are all properly catered for, contrary to Luttamaguzi’s claims.

Regarding the congestion in prisons, Baine noted that the judiciary is working on handling as many cases as they can and the number of inmates is expected to reduce.

“Some activities that are going on, we are glad to inform the public that sex and gender based cases are going on in court in Kiboga, Jinja, Arua, Iganga and Gulu alongside other cases in the high court and we expect a reduction in the number of inmates as the courts are running,” he revealed.

Baine assured Ugandans that UPS is one institution that is non political and complies with both national and international standards of managing offenders.

“Because we are in a political period, we are not going to accept anybody to make a political capital of his being arrested,” he cautioned.