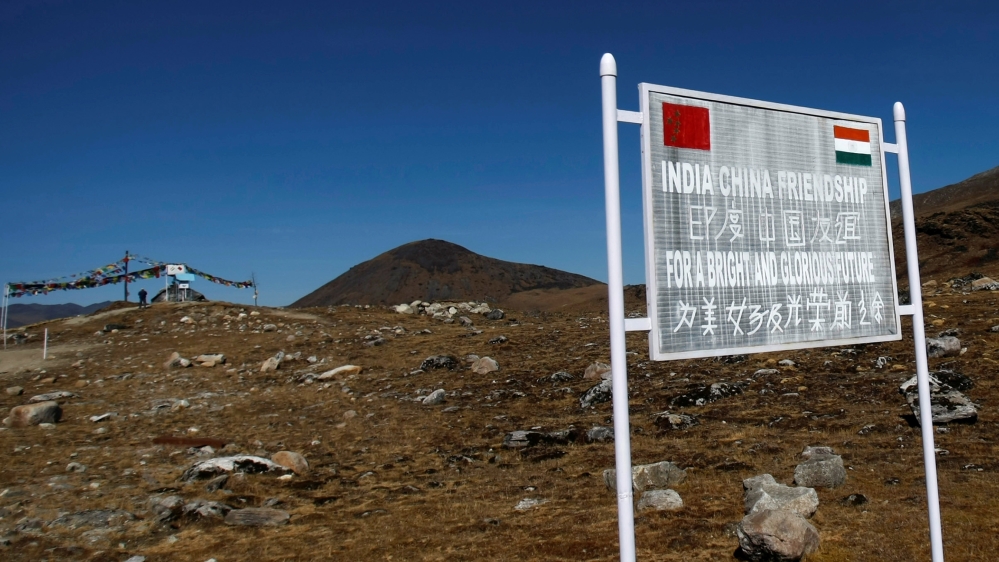 The Indian Army says it has asked its Chinese counterpart if five Indian civilians who went missing from an eastern border state days ago were in their custody, as tension simmered on the western frontier between the rivals.

Relations between the nuclear-armed Asian giants have hit a multi-decade low since clashes at their western Himalayan border in June that killed 20 Indian soldiers. Both sides have since stepped up monitoring their largely unsettled 3,488km (2,167-mile) border.

The five missing men are from the Indian state of Arunachal Pradesh, an area also claimed by China which calls it South Tibet, and the Indian Army said it told China’s People’s Liberation Army (PLA) about them on Saturday.

“We spoke with them on the hotline and told them that it’s suspected that some people have crossed across to your side and we will be grateful if you could hand them over back, as per what we do normally,” Lieutenant Colonel Harsh Wardhan Pande, and Indian defence ministry spokesman, told Reuters news agency.

“There is no earmarked line going through the forest or the mountains, so they keep moving here and there. So they might have gone there, it’s a very normal thing.”

He said the Indian side had yet to hear back from China. The PLA did not respond to requests for comment from various news organisations.

Police in the northeastern Indian state told local media they were investigating claims made on Facebook by a purported relative of one of the men that the PLA had kidnapped them.

The Arunachal Times reported on Saturday that the men were hunting when they were allegedly abducted. It was not immediately clear when they might have gone missing.

The alleged incident comes amid talks between India’s Defence Minister Rajnath Singh and his Chinese counterpart General Wei Fenghe on the sidelines of an international meeting in Moscow.

Singh said they had had “frank” discussions late on Friday over their disputed Himalayan border and the strained relations between the world’s two most populous countries.

The pair released rival statements accusing each other of inflaming the showdown.

India and China went to war in 1962 over Arunachal Pradesh, a strategically important border area, with Chinese troops temporarily capturing part of the Himalayan territory.

Senior leader could be signalling major shift in Government policy: acknowledgement of SFF, of Tibetans fighting alongside our soldiers, reference to border as Indo-Tibet, not India-China. https://t.co/RhRR3PBzso

The dispute remains unresolved. China stakes claim to about 90,000 square kilometres (35,000 square miles) of the area – nearly all of what constitutes Arunachal Pradesh.

Separately, a Tibetan member of an Indian special forces unit who died days ago in a mine blast near the site of a border flare-up with Chinese troops was cremated on Monday.

Ram Madhav, a senior leader from the governing Bharatiya Janata Party (BJP), was among those attending the funeral.

In a tweet that has since been deleted, Madhav acknowledged the participation of the covert Tibetan group in the border skirmish and dubbed the India-China border as the “India-Tibet border”, possibly indicating what many foreign policy experts say is a major shift in India’s foreign policy on China.

China delays renewal of credentials for journalists at US media | News