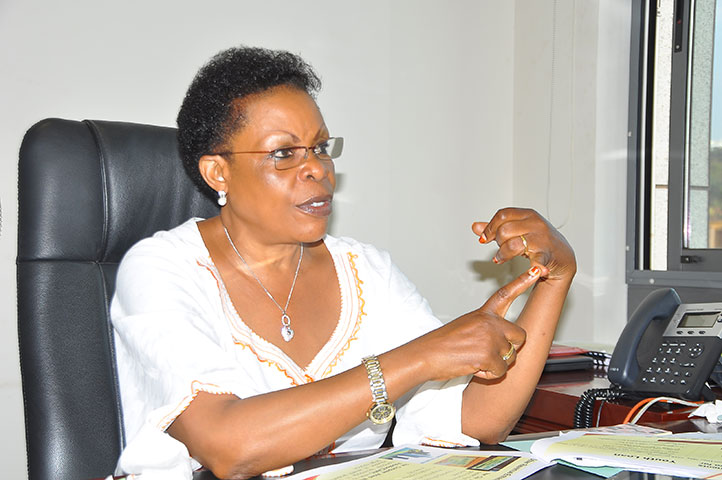 Kamya a recent recruit in the NRM polled 6,164 votes representing 90 per cent against Tindyebwa’s 671 votes. Dr Isaac Lwanga who was also in the race got only four votes.

Kamya was declared the winner shortly before 7 pm by the returning officer Robert Kato who said that the election was largely peaceful.

“We don’t expect anyone to complain because the election was held during the day by people lining behind,” Kato said.

Now Kamya will be contesting with Moses Kasibante the incumbent MP, and Abubaker Kawalya who recently crossed to the National Unity Platform from the FDC. Kamya was Lubaga North MP between 2005 to 2011 when she contested for the presidency on the Uganda Federal Alliance ticket.

However, she was defeated by President Yoweri Museveni who she later joined. In 2016 she tried to reclaim her position but narrowly lost to Kasibante.

Kitatta urged the winner to reconcile with those he has defeated to make sure NRM wins in the forthcoming general elections. Male will now face off with the incumbent MP Kato Lubwama, among other candidates.

Zziwa polled 1,991 votes to defeat Mukesh Shukla Babubhai and Benjamin Kalumba Ssebuliba in the race. Mukesh, the first runner up polled 1,275 votes whereas Kalumba emerged the third with 1,240 votes, according to results announced at 9 pm on Friday, by Sharifa Namwaase, the NRM registrar for Nakawa division.

Speaking after the declaration of the results, Mukesh congratulated Zziwa for the win but added that he’s going to sit with his campaign team and discuss the next move. However, Kalumba protested the results saying that the elections were marred by irregularities, citing bribery, among others.

He noted that just like his name Kalumba connotes, he will continue moving forward to claim what belongs to him citing his effort towards the creation of the Nakawa West constituency.

Meanwhile, Farida Nambi got the highest votes in Nakawa for the Kampala Woman MP slot. She beat Shamim Nafuna with 6,284 votes against 2,188.

Cedric Babu Ndilima polled 26,799 votes to defeat Baker Mande Kyambadde who garnered 4,363 votes and Isa Kato who got 2,670 votes for the Kampala Central flag bearer, a position once held by his father Francis Babu.

The results were declared by Caroline Akitwi and Babu was declared the winner of the race shortly before 7 pm at the Kampala Central tally centre at Nakasero primary school.

His declaration was received with dissatisfaction from his close competitor Kyambadde whose supporters accused Babu of malpractice. The supporters and their candidates were later dispersed by police from the polling centre.

But Kampala Central Resident City Commissioner (RCC) Hawa Namugenyi Ndege said that the exercise was transparent and appealed the losers to support the declared candidate to enable the NRM party to win the Kampala Central parliamentary seat.

Following his declaration, Cedric Bubu will now face off with other candidates from different political parties for the parliamentary seat. Some of the candidates who have already expressed interest in the seat are the incumbent Independent MP Muhammad Nsereko, and National Unity Platform (NUP) candidate Fred Nyanzi, and others.

Meanwhile, Akitwi also declared Faridah Nambi as the candidate with the highest number of votes in Kampala Central for the post of Kampala District Woman MP. Faridah polled 23,869 votes (92.3 per cent) against Shamim Nafuna’s 1,989 votes ( 7.7 per cent).

However, that final results for the Kampala District Woman MP race will be declared later by the NRM Electoral Commission chairman Dr Tanga Odoi as more results from the race are still coming in from the other four divisions of Kampala including Rubaga, Kawempe, Nakawa and Makindye.

Related Topics:elections 2021nrm
Up Next