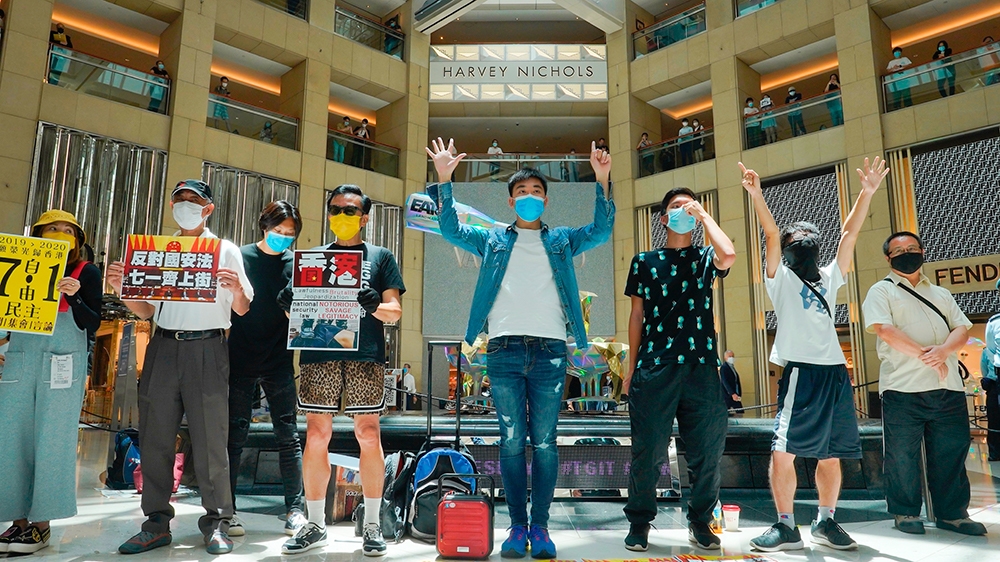 United Nations human rights experts have written to China to warn the national security legislation imposed on Hong Kong at the end of June is a serious risk to the territory’s political and civic freedoms, urging Beijing to review and reconsider the law.

China has faced intense criticism over the legislation, which was imposed at the end of June following a year of sometimes violent pro-democracy protests.

The law “poses a serious risk” to fundamental freedoms and due process protections, the 14-page letter said.

Dated September 1, it was signed by seven special rapporteurs led by Fionnuala Ni Aolain, the special rapporteur on the promotion and protection of human rights and fundamental freedoms while countering terrorism, and published on the website of the UN’s Human Rights Office on Friday.

“In particular, we express concern at the broad scope of the crimes defined as secession and subversion; the express curtailment of freedoms of expression, peaceful assembly, and association; the implications of the scope and substance of the security law as a whole on the rule of law; and the interference with the ability of civil society organisations to perform their lawful function,” it continued.

“We underscore that security and human rights are intertwined and not separate.”

China imposed the security law on the territory on the night of June 30, after months of protests that began when the Hong Kong government tried to push through legislation that would have allowed suspects to be sent to the mainland for trial.

The law, under which anyone China considers to have committed subversion, secessionism, terrorism or collusion with a foreign power, can be sentenced to life in prison, has drawn condemnation from the United States, the United Kingdom and other Western powers which have imposed sanctions, withdrawn bilateral agreements and opened up new migration routes for Hong Kong people.

Human rights groups have also criticised the legislation, which has already been used to arrest dozens of people, including media tycoon Jimmy Lai who has been accused of “colluding with foreign powers”.

The UN experts, who provided an analysis of the law from a legal perspective, noted that the International Covenant on Civil and Political Rights was part of the Basic Law, Hong Kong’s mini-constitution, and stressed that laws related to security and threats from terrorism needed to be “properly and precisely defined”.

Hong Kong was a British colony for more than 100 years until it was returned to Chinese rule under the so-called “one country, two systems” framework, which afforded the territory substantial autonomy and guaranteed rights and freedoms unknown on the mainland for at least 50 years.

The UK has said the security law contravenes the promises that were laid out in the Sino-British Joint Declaration of 1984, a view that was echoed in the letter.

“China’s counter-terrorism efforts must be necessary and in proportion to the actual threat of terrorism it faces,”  they said.

“The use of the National Security Law’s terrorism measures should be strictly limited to address conduct which is genuinely terrorist in nature and should not be used to restrict or limit protected fundamental freedoms, including the rights to opinion, expression, and of peaceful assembly.”

The letter noted that subversion was generally understood as a ‘political crime’ deployed to punish individuals for their thoughts or what they are thought to think.

It said that the terms subversion and secession also appeared to be used interchangeably, which could  lead to potential misuse against human rights defenders, journalists and other members of civil society.

Soon after the legislation was imposed China opened its first law enforcement office in Hong Kong, while a special unit in the police force was established to deal with cases related to the law. The legislation also allows for cases to be transferred to the mainland for trial, in a move the rapporteur warned could jeopardise a fair trial.

It urged the Chinese government to review and reconsider the law, stressing that national security legislation without proper definitions and limitations could severely curtail civic space.

“Empowered civil society and its participation is essential to building secure societies and leaving no one behind,” they said. “Conversely, restricting civil society undermines the security that builds healthy and vibrant societies.”