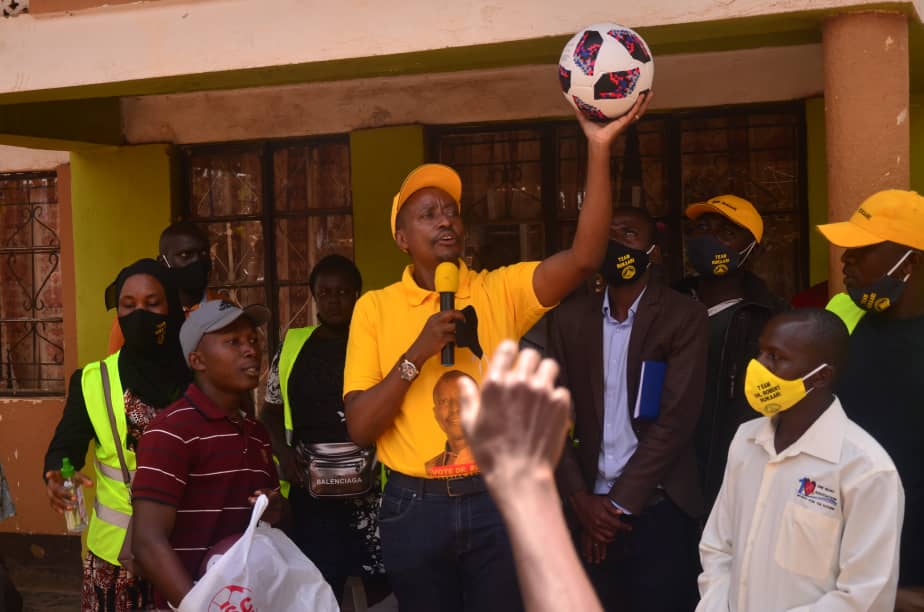 Mbarara Municipality MP Michael Tusiime has this Friday conceded defeat in the NRM primaries pitting him against businessman Mwesigwa Rukaari.

“I didn’t have to follow today’s results because this was not an election,” Tusiime told ChimpReports, adding, “As a cadre I am worried of my party.’

Tusiime, just like Evelyne Anite who lost to Charles Ayume today, also decried the poor management of the electoral exercise.

President Museveni, who also is the NRM chairman, yesterday said all NRM members should vote irrespective of whether their names appeared in the party register.

“Any NRM member whose name is not on the party register shall be immediately added to the register and permitted to vote if,” he said.

“Where there are no registers, the Branch (Village) Executive Committee shall verify and register all members eligible to vote.”

This has since caused confusion with some MPs saying opposition members participated in today’s exercise.

“There can never be a credible election without a register,” said Tusiime.

“People were ferried from Nakivale refugee camp at night. Buses poured people in Mbarara to vote. People were supposed to vote spontaneously but this did not happen. One could vote from one polling station and then rush to another. We have a lot of things to do improve our system in the NRM,” he added.

Tusiime has served as MP for the last five years.

He warned that unless measures are taken to rectify contradictions in the party, “other parties can take advantage of this.”

He also accused what he described as a “corrupt gang” of people whose names he didn’t mention for “fighting me from the beginning to the end. They ganged up against me for fighting corruption. I didn’t know that when you do good things, some people fight you.”

Tusiime further blamed his loss on supporting the lifting of the presidential age limit by Parliament that allowed Museveni to seek another term in office.

On his part, Rukaari told ChimpReports that, “It is almost done. The election is almost over.”

Hundreds of people have congratulated him on the victory.

He pledged to work for further development of Mbarara city and economically empower youth and women.

Rukaari, who represents entrepreneurs in NRM’s Central Executive Committee, had also pledged to the people of Mbarara his commitment to improve the infrastructure in the city.

Rukaari organised sports events including car rallies to woo the youth in the city.

Tusiime ruled out standing as an Independent in the general elections.

“As a cadre, I can’t do that. I have enough credentials to serve my country in another capacity. Serving the people of Mbarara is an achievement,” said Tusiime.

“I have set a challenge for the incoming MP. This includes fighting corruption, maintaining a high level of integrity and developing the city,” he emphasised.