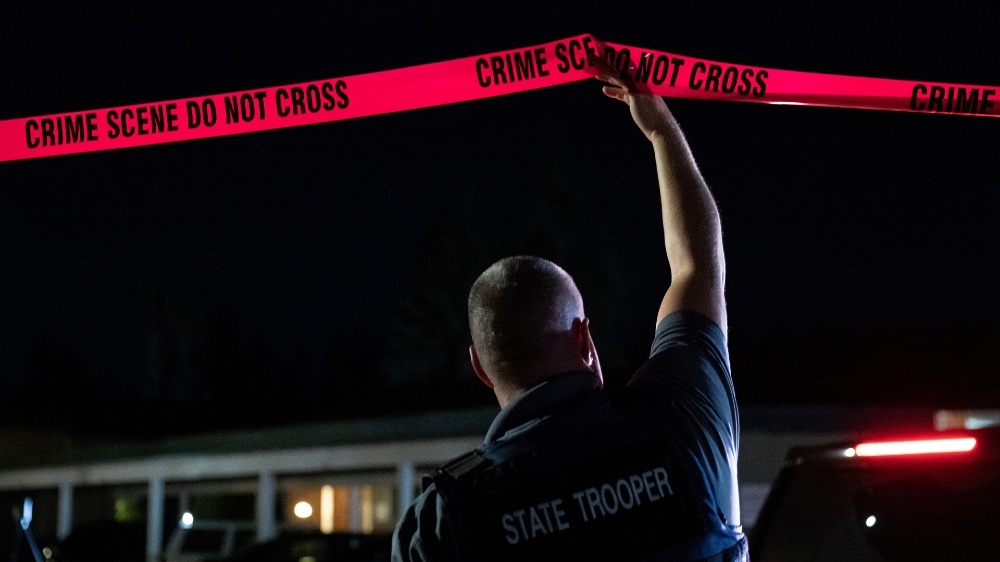 Police shot and killed an anti-fascist activist on Thursday as they moved in to arrest him for the alleged fatal shooting of a right-wing activist in Portland, Oregon, last weekend, officials said.

Michael Reinoehl, 48, was wanted on a charge of murder when members of a fugitive task force shot and killed him in Olympia, Washington, after he left an apartment building and got in a car, according to police.

“Initial reports indicate the suspect produced a firearm, threatening the lives of law enforcement officers,” US Marshals Service said in a statement.

Thurston County Sheriff’s Office is responsible for investigating the incident.

“The information that we have at this time is that the suspect was armed,” said Lieutenant Ray Brady of the Sheriff’s Office.

Portland Police earlier on Thursday issued a warrant for Reinoehl’s arrest and asked the US Marshals to locate him.

“It sounded like fireworks it was that many shots,” witness Jashon Spencer said in an online video.

A Portland police officer ties a police line around the scene of the fatal shooting of Aaron Danielson at a pro-Trump rally on August 29, 2020, in Portland, Oregon [Nathan Howard/Getty Images/AFP]

Reinoehl, who had provided security for Black Lives Matter protests in Portland, was allegedly involved in the shooting of Aaron Danielson on Saturday night, the US Marshals Service said.

Danielson, 39, was among a caravan of supporters of President Donald Trump who rode in pick-up trucks into downtown Portland and clashed with protesters demonstrating against racial injustice and police brutality.

Portland has seen escalating clashes between right- and left-wing groups in recent weeks following nearly 100 days of protests since George Floyd, a Black man, died in Minneapolis on May 25 after a white police officer knelt on his neck.

Several people involved in overnight protests in Portland were arrested after they threw projectiles at officials, the police said in a statement on Friday.

Police said they did not use any crowd control munitions or tear gas to control the crowd.

Reinoehl died only hours after Vice News broadcast a video in which he appeared to admit he shot Danielson and said he acted in self-defence.

“I felt that my life and other people around me’s lives were in danger, and I felt like I had no choice but to do what I did,” he said.

He said he was asked to come into town to protect protesters after hundreds of trucks rolled into Portland.

“It was a free-for-all and the police were letting it happen,” Reinoehl said on the video.

“I had no choice. I mean, I, I had a choice. I could have sat there and watched them kill a friend of mine of colour. But I wasn’t going to do that,” he said, adding that he feared he would be stabbed.

Reinoehl was previously cited for carrying a loaded gun at a July 5 Portland protest, resisting arrest and interfering with police, according to The Oregonian newspaper. The allegations were subsequently dropped, the newspaper reported. 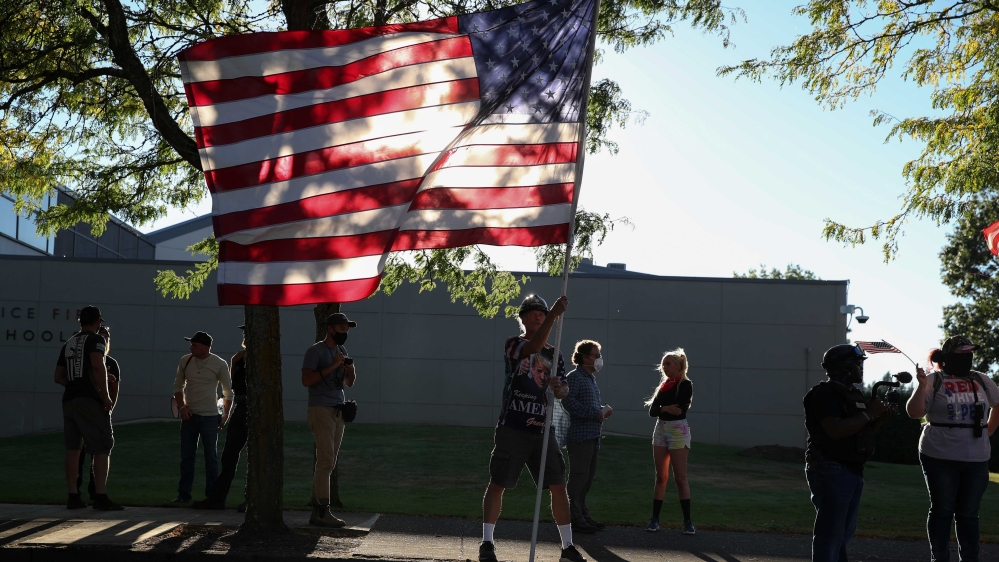 Supporters of police and President Trump wave flags outside Gresham City Hall during a demonstration in Gresham, Oregon, US [Caitlin Ochs/Reuters]

In social media posts, Reinoehl described himself as a professional snowboarder, a US Army veteran and “100% ANTIFA all the way! … We do not want violence but we will not run from it either!”.

Antifa is a largely unstructured, far-left movement whose followers broadly aim to confront those they view as authoritarian or racist.

Reinoehl had previously said he was prepared to fight to change the “course of humanity”.

“That shot [the one that killed Danielson] felt like the beginning of a war,” he said on the video.

Why aren’t the Portland Police ARRESTING the cold blooded killer of Aaron “Jay” Danielson. Do your job, and do it fast. Everybody knows who this thug is. No wonder Portland is going to hell! @TheJusticeDept @FBI

In July, the Trump administration deployed federal forces to Portland to crack down on the protests.

Trump signed a memo on Wednesday that threatened to cut federal funding to “lawless” cities, including Portland.

On Thursday he had demanded police arrest Reinoehl.

“Why aren’t the Portland Police ARRESTING the cold blooded killer of Aaron ‘Jay’ Danielson. Do your job, and do it fast. Everybody knows who this thug is. No wonder Portland is going to hell!,” he tweeted.