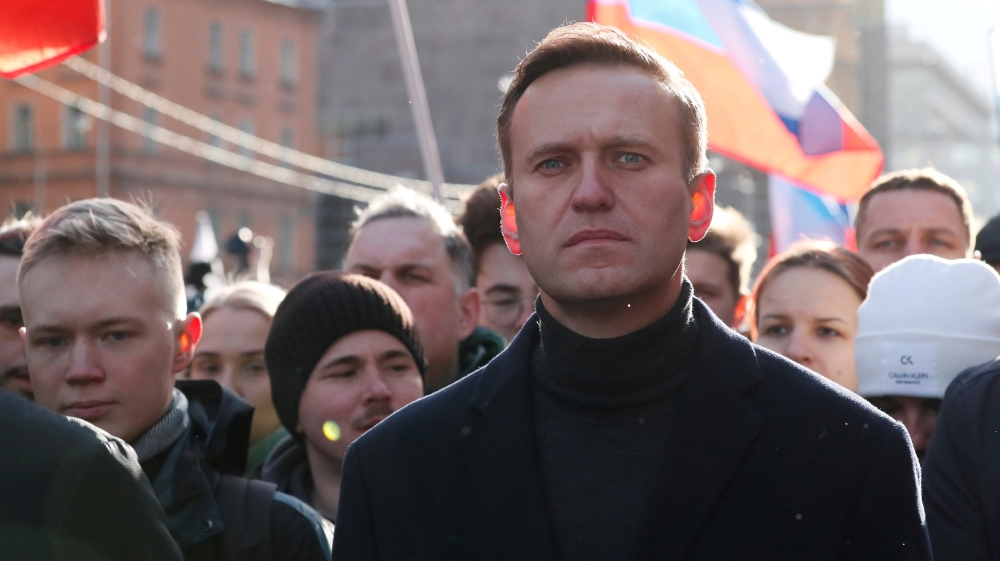 Russia’s Investigative Committee has asked one of its regional branches in Siberia to probe the possibility that someone tried to murder Kremlin critic Alexey Navalny, the RIA news agency reported on Friday.

Germany has said Navalny was poisoned with a Soviet-style Novichok nerve agent and has called for the perpetrators to be held to account.

Russia has until now not opened a criminal investigation and said there is no evidence yet of a crime.

Navalny, 44, one of Russian President Vladimir Putin’s fiercest critics, fell ill on a flight returning to Moscow from Siberia on August 20 and was taken to a hospital in the Siberian city of Omsk after the plane made an emergency landing.

He was later transferred to Berlin’s Charite hospital, where doctors last week said there were indications he had been poisoned.

He remains in a medically induced coma and on a ventilator, but his condition is reportedly improving.

The Russian doctors who treated Navalny in Siberia have repeatedly contested the German hospital’s conclusion, saying they ruled out poisoning as a diagnosis and their tests for poisonous substances came back negative.

On Thursday, Kremlin spokesman Dmitry Peskov said Moscow rejected any suggestion that Russia was responsible and warned other countries against jumping to hasty conclusions.

Meanwhile, Western leaders and organisations are stepping up calls for answers.

Later on Thursday, in a statement regarding Navalny, the global chemical weapons agency said the poisoning of any individual with a toxic nerve agent would be considered the use of a banned chemical weapon.

“Any poisoning of an individual through the use of a nerve agent is considered a use of chemical weapons. Such an allegation is a matter of grave concern,” said the Organisation for the Prohibition of Chemical Weapons (OPCW), which banned Novichok this year.

More than 100 European parliamentarians are calling for sanctions against those responsible for attacks on opposition figures and journalists in Russia following the poisoning of Navalny.

In an open letter to EU foreign affairs chief Josep Borrell, published on Friday, members of various political groups in the European Parliament called for a “full and transparent investigation” into the case.

“However, we remain extremely sceptical that Russian authorities are fit and willing to investigate the real background of this crime,” they said, citing the murders of a range of figures critical of the Russian government, such as Anna Politkovskaya and Sergei Skripal.

Highlighting that the use of chemical weapons is “completely unacceptable under any circumstance,” Borrell openly threatened Russia with sanctions.

“The European Union calls for a joint international response and reserves the right to take appropriate actions, including through restrictive measures,” he said.

The North Atlantic Council will meet on Friday to discuss the affair, but concrete actions are limited.