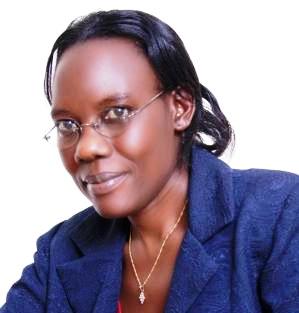 Women in media under their umbrella association, the Uganda Media Women’s Association (UMWA) have called upon media houses and individual media practitioners to incorporate stories affecting men and boys in their reporting other than focusing only on women and the girl child.

Clothilda Babirekere, the UMWA Project Officer on Gender said that unless the media comes out to speak and write about injustices affecting boys and men, there is no way the concerned authorities will get to act.

“One of the primary roles of media is to inform and educate. It is your duty as a journalist to bring these issues to the attention of the concerned authorities such that the best solutions can be sought. For example, the government can enact a law because the government does not just wake up and do things without having knowledge about them,” she noted.

Babirekere made these remarks while responding to a concern that was raised by a section of journalists who attended the one day workshop that was organized by UMWA on Thursday September 3, at their head office in Kampala.

These were concerned about the fact that government, Non-Governmental Organizations and other individuals are focusing on fighting for the rights and wellbeing of a girl child and women while sidelining boys and men.

“As organizations like you are fighting for the women and the girl child, the boys and men are left aside. But these will be the future husbands of the girls and they need similar attention too,” a reporter stated.

Another reporter, Bayan Nalubwama from Kampala Sun, also noted that in some cases, the boys are more affected than girls, however, their issues are rarely tabled.

“For example, there was a case in Jinja where a boy of 15 years allegedly impregnated a girl who was 17, he was arrested and he even missed his exams, more over PLE. However, when the DNA was done, it indicated that the boy was not the biological father but society did not put up a fight for this boy,” she said.

Babirekere, in response, called upon journalists to be vigilant and follow up such stories so that authorities can get to know about them.

“It is true, a girl child and women are fought for but we have to put into consideration the boy child too and this is where the aspect of human rights comes in,” she noted.

“Earlier before, the society portrayed a woman as a weaker sex so internationally, these measures were put in place so that the status of a woman is also uplifted. At first the approach was focusing only on women until we realized that it does not work and we now cater for all gender because we also know that these boys will marry these girls tomorrow,” she said.

The UMWA media training was organized with the objective of giving journalists skills on how they can balance their reporting and give fair and adequate space and time to stories of female politicians as the country approaches the 2021 general elections.

“In these scientific campaigns, you will find female journalists being sidelined by most of media houses with claims that they are poor, shy and fear to express themselves,” Lawrence Kalanzi, one of the trainers said.

Henry Joshua Mugeka from Star FM said, “Women Focused Groups should train women politicians on how to speak up and how to deal with the media because we as journalists cannot teach them how to open up.”

Ankunda Jonnah from Fresh TV argued that male politicians appear more in news because they can afford to reward journalists with some transport refund which their female counterparts are not doing.

Back in the Game: Kitatta Vows to Crush Violent Opposition