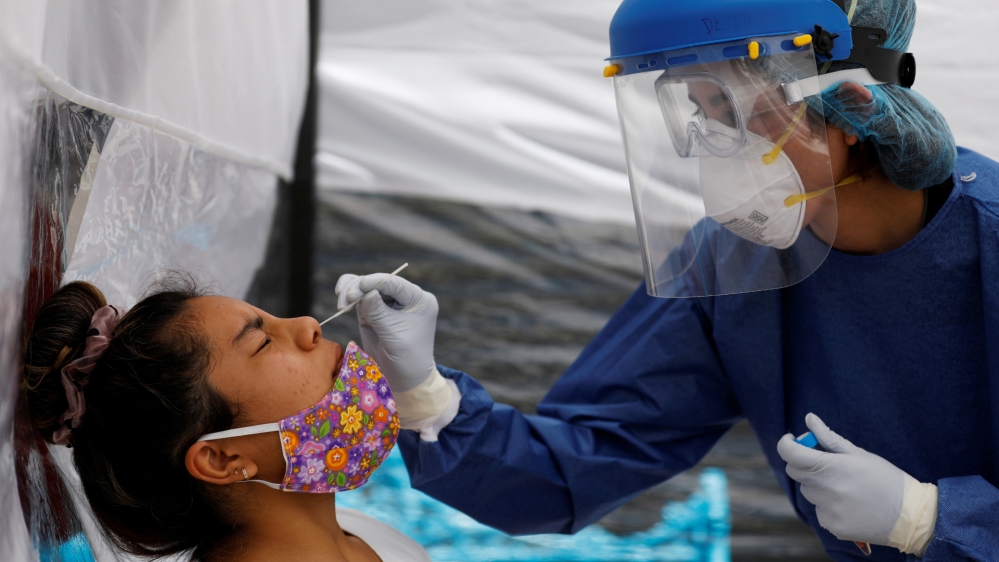 A person working on “The Batman” production has tested positive for COVID-19 and the UK shoot has been temporarily suspended, a spokesperson for Warner Bros said.

Robert Pattinson is starring as the caped crusader in the new film from director Matt Reeves which had resumed filming a few days ago after an almost six-month hiatus because of the coronavirus pandemic.

At least 7,000 health workers worldwide have died after being infected with the coronavirus, including more than 1,300 in Mexico alone, the most for any country, according to Amnesty International.

“Every health worker has the right to be safe at work, and it is a scandal that so many are paying the ultimate price,” said Steve Cockburn, head of economic and social justice at Amnesty.

“Many months into the pandemic, health workers are still dying at horrific rates in countries such as Mexico, Brazil and the USA, while the rapid spread of infections in South Africa and India show the need for all states to take action.”

Other hard-hit countries include the United States with 1,077 deaths among health workers, the United Kingdom with 649, Brazil with 634, Russia with 631 and India with 573.

Even these figures are likely to be “a significant underestimate,” as deaths may not have been officially registered in many countries, Amnesty said.

Contact tracing apps can sharply reduce the spread of the novel coronavirus even when only a few people use them, according to a study published by researchers at Google and Oxford University.

An app used by 15 percent of the population together with a well-staffed contact-tracing workforce can lead to a 15 percent drop in infection rates and an 11 percent drop in COVID-19 deaths, according to statistical modeling by the Alphabet Inc unit and Oxford’s Nuffield Department of Medicine.

The findings were based on data from a digital tracing system similar to one jointly developed by Google and Apple Inc.