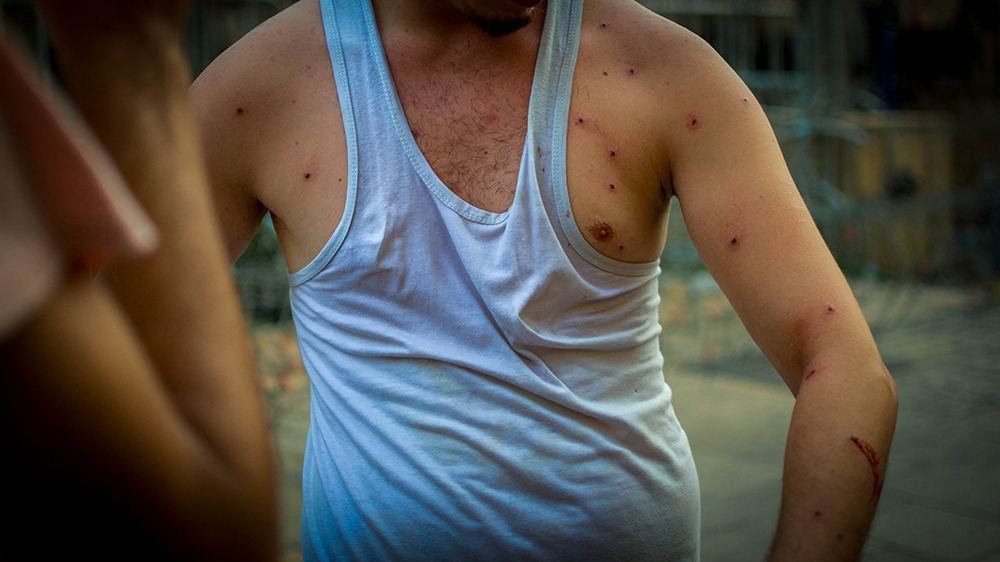 Florient Zwein, a French photographer, and an unidentified man were wounded on Tuesday by what appeared to be metal shotgun-fired pellets that Al Jazeera and many rights organisations have documented the use of several times in the past month.

A Human Rights Watch investigation last month showed security forces used these pellets in several incidents against protesters in an August 8 protest in the wake of a massive Beirut explosion that killed 190 people, injured more than 6,000, and left hundreds of thousands homeless.

Pellets fired by security forces caused severe injuries to people’s eyes, faces and bodies, as well as the heart and lungs of at least two patients, according to doctors Al Jazeera previously spoke to who said some of the wounded narrowly escaped death.

However, no developments have been reported since.

All security forces – including the army, Internal Security Forces and the parliament police – have denied they used these munitions in the past.

The parliament police – security forces under the direct command of House Speaker Nabih Berri – could not be reached for comment.

A senior security source recently told Al Jazeera attacks on protesters with metal pellets were committed solely by the parliament police. “Parliament police behave like a militia,” the source said.

A bang, then pain

Zwein, one of the men injured on Tuesday, was taking pictures of protesters as they broke through a metal barricade some 200 metres (656 feet) from the Parliament building in downtown Beirut at about 6:30pm.

After protesters’ burst through, he said a large amount of tear gas was fired at them.

“I started walking away and heard two loud bangs, and then I felt something like pain,” Zwein, a 30-year-old French-Lebanese who came to Beirut from Paris to help out after the explosion, told Al Jazeera.

Zwein said he felt pellets hit him twice, right after each separate bang. In total, he found five embedded in his body: one each in his neck, back and leg, and two in his left arm.

He shared images with Al Jazeera showing the marks, in addition to one of the pellets he removed. 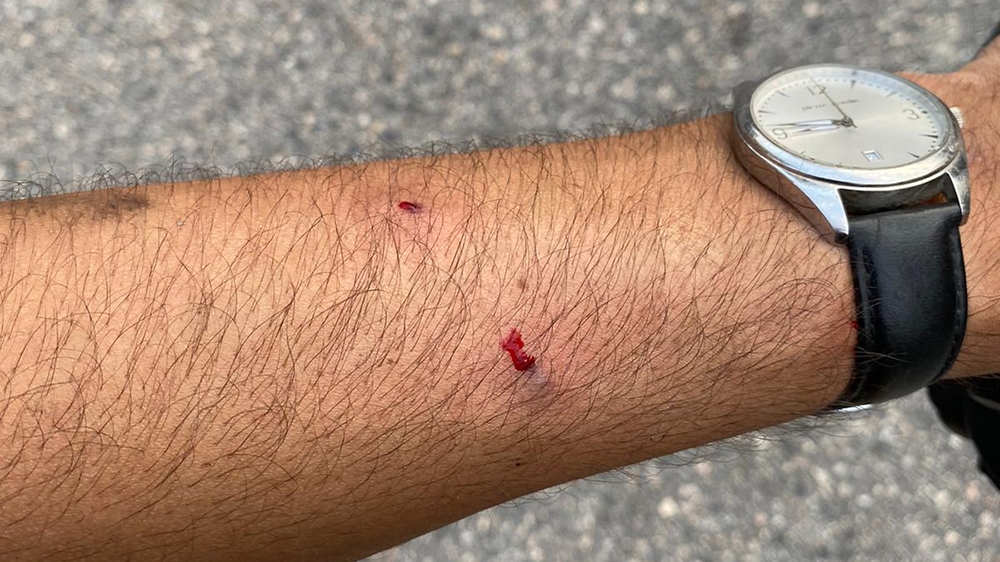 Florient Zwein said he found five pellets embedded in his body: one each in his neck, back and leg, and two in his left arm
[Courtesy: Florient Zwein/Al Jazeera]

The second wounded man could not be identified or contacted by Al Jazeera. However, multiple witnesses could attest to him being injured in the area protests were taking place. These include a photographer on the scene, Layal Gebran, who took multiple pictures of him in front of the Parliament compound.

Images time-stamped about 6:15pm show the man pock-marked with more than a dozen small, red wounds – injuries consistent with those documented among protesters since the August 8 protest when these wounds were first seen.

“He had these wounds on his face, chest and arms,” Gebran said.

The man was treated by the Lebanese Red Cross. 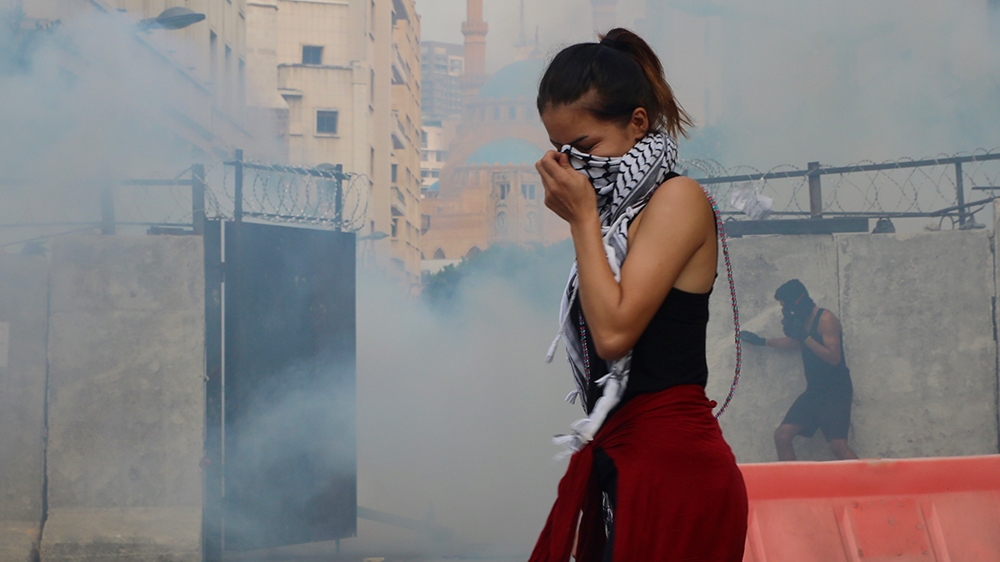 Richard Weir, a Beirut-based crisis and conflict researcher with Human Rights Watch, told Al Jazeera the pellets are most likely fired from shotguns, but could also be released from small explosive devices similar to a grenade.

In both cases, this represents “inherently indiscriminate” force used against protesters. Meanwhile, the use of metal pellets in general is “an unacceptable means of applying force in these kinds of situations”.

He said the decision by security forces to use these pellets repeatedly since August 8 is “clearly an inappropriate escalation in the use of force and is unlawful”.

“While security forces may be meeting additional violence from some protesters, the response can’t be unlawful and indiscriminate. It’s simply unacceptable,” said Weir.

Related Topics:LebanonMiddle East
Up Next