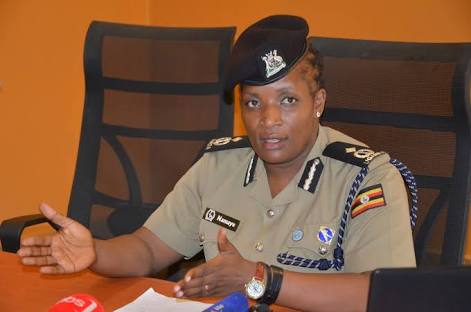 The Uganda Police Force has assured the NRM party and its political aspirants of security during the forthcoming party primaries as revealed by the Deputy Police Spokesperson Polly Namaye.

“Following the request that we received from the NRM party, police wishes to inform the public that the security joint task force will be providing security coverage to support the party primaries,” Namaye said.

“As a joint security task force, we are focused on ensuring a safe and secure environment for all political players and their supporters to exercise their democratic rights at all levels in line with the health and electoral protocols,” she added.

Addressing the press at the Uganda Media Center today, Namaye noted that although the pre-election campaign activities have been relatively peaceful, police has identified a few incidents of violence.

“A few isolated identified incidents of violence were registered in Hoima, Sembabule, Kazoo, Bundibugyo and some others,” she noted.

Namaye also called upon all candidates, their support agents and supporters to refrain from all forms of electoral violence as well as exercising utmost responsibility.

“We are also monitoring districts that have been congested by aspirants. It is upon this background that we call upon all candidates, campaign agents and supporters to refrain from all forms of violence and avoid provocative behaviour, we instead encourage them to exercise maximum responsibility during this election process,” she stated.

She further requested all political aspirants to make known their electoral road map to the joint security task force for the safety of those who will be involved.

“We want to assure the party that we are adequately deployed across the country to ensure that there is no form of electoral violence. We would like to thank them for working with us, showing commitment and we request political aspirants to harmonize their electoral road map with the joint security task force to ensure safety of those who will be involved in the primaries,” Namaye said.

Related Topics:newsug police
Up Next