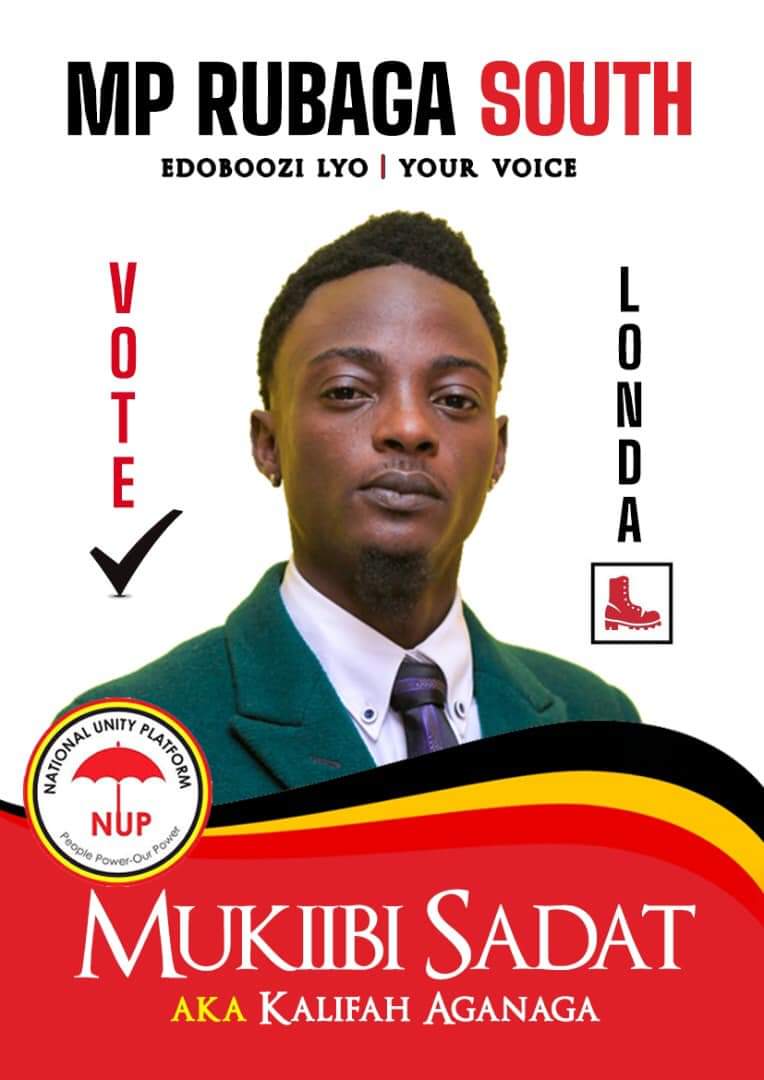 Fading local Musician Mukibi Sadat aka Khalifa Aganaga who is now aspiring for the Rubaga South MP seat has now resorted to begging his fans and supporters for as low as 1000 shillings in a newly launched campaign.

Aganaga says he is soliciting for the petty cash through a fundraiser to enable him to run his campaigns smoothly ahead of the general elections come 2021.

“I, therefore, call upon all people who know me, my fans, and everyone interested in change to contribute to this campaign,” Aganaga said.

Aganaga says he has gone as low as 1000 shillings to make it easy for anyone to contribute the fees considering that times are hard for everyone.

“We can contribute Shs1000 without really hardening anyone’s financial position,” he noted.

The singer plans to unseat the incumbent MP Hon. Kato Lubwama for the Rubaga South seat.

Lubwama however believes that his loyalty to Mengo and the people of Rubaga South is unmatched and will make his re-election easy.

Lubwama also has no kind words for fellow musician Aganaga and has advised him to make money or borrow a loan from the bank to finance his campaign instead.

“He should borrow from the bank if he has collateral. Who will he represent when he has no money.” Lubwama said.