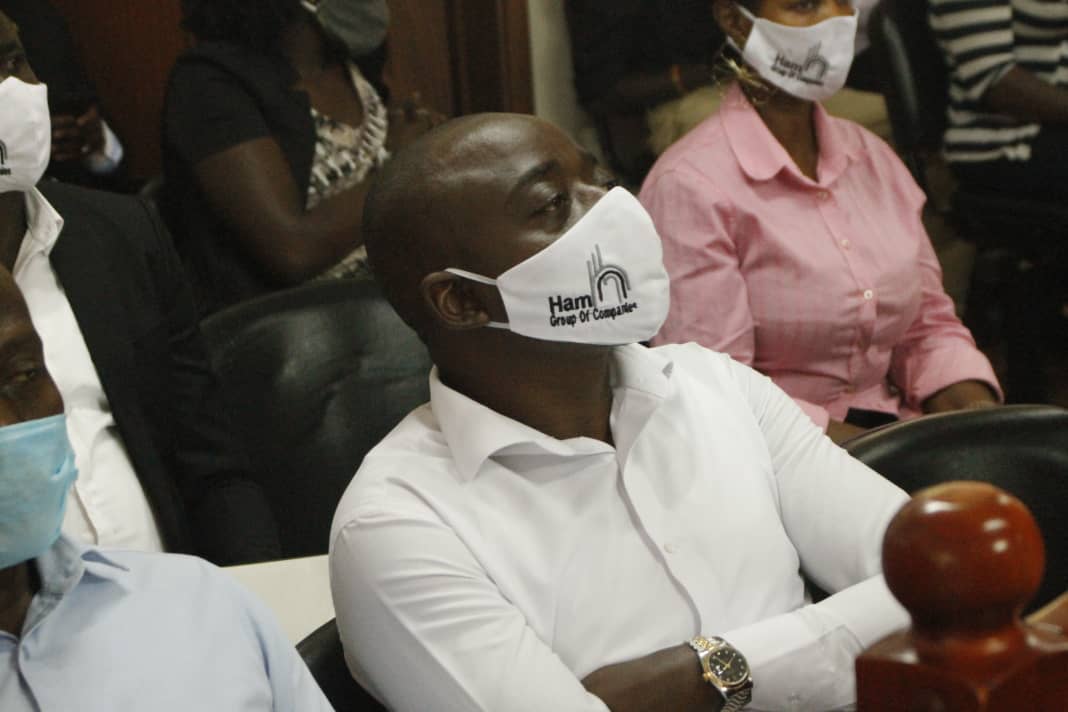 The legal battle between businessman Hamis Kiggundu alias Ham is accusing Diamond Trust Bank Uganda (DTBU) and DTBK (Kenya) over a Shs 36bn loan has taken a new twist with the former querying the legality of the loan process.

During this week’s joint scheduling in Court, a preliminary matter was raised by Ham whose lawyers filed a separate application for it.

The matter in this application is that the second Defendant, DTBK, was carrying out illegal banking business in Uganda by lending money to the first Plaintiff, Ham Enterprises.

They also state that the first Defendant, DTBU was “facilitating and abetting the illegal conduct” of Financial Banking Business in Uganda contrary to the Financial Institutions Act.

In a letter dated April 11, 2019 to DTB, Kiggundu admitted the debts and promised to repay them by selling off his complexes at Makerere.

According to documents filed in court by DTB, Kiggundu was issued with the required reminders and notice, but he still failed to pay.

The bank said it notified Ham that he would forfeit his commercial building and land at Kawuku, which he presented as collateral to get the loan, if he did not pay up.

The businessman defaulted on payment. When DTB decided to recover the money, Ham applied in court for a temporary injunction and also challenged the bank’s action.

During the scheduling, Kiggundu introduced a new case arguing that the loan he was advanced by DTB Kenya was an illegality.

He said DTBK lacked the license to operate in Uganda.

However, Uganda Bankers Association (UBA) recently released a statement that hinted on loan syndication which is the process involving a group of lenders in funding various portions of a loan for a single borrower.

Loan syndication most often occurs when a borrower requires an amount too large for a single lender to provide or when the loan is outside the scope of a lender’s risk exposure levels.

“Financial markets provide other frameworks through which capital can be mobilized including through the stock exchange and numerous players exist in this space depending on the level of development and attractiveness of the market,” said UBA Executive Director, Wilbrod Owor.

“So commercial banks are just part of a wider financial eco-system and may not necessarily always address every single need and requirement of the market for the simple reason that they are not designed to do so. Development Banks play a big role in long term development finance and these are typically owned by government and institutional long-term investors,” he emphasised.

The issue of raising funds from Kenya wasn’t the material case from the beginning.

Kiggundu hadn’t raised any issue about this. It was introduced by his new lawyers in the amended plaint.

The lawyers insisted that it’s a very important matter and should be a pretrial issue hence the new application filed.

UBA said banks in Uganda like any other market are part of a global financial web that benefits from international flow of skill, technology, standards and capital among others.

“Limiting financial institutions to indigenous resources be it human or capital would work against growth and development of an economy not to mention the risk it puts on Ugandans abroad and overseas who equally provide and share skills, mobilize resources and deploy themselves for the good of the institutions and geography within which they work,” he said, without necessarily quoting the DTB case.

During the court session, DTB’s lawyer Kiryowa Kiwanuka, said Kiggundu had not filed his new application in Court and only sent a soft copy to the defence lawyers.

The submissions will be filed in Court by September 28, 2020.

The ruling in this matter will be granted on October 5, 2020 and the hearing is set to also begin on the same day.

The Scheduling also discussed on the agreed issues, disagreed issues, documents to be relied on in the trial as well as the witnesses to be called upon.

The Court Ordered also ordered for the Institute of Certified Public Accountants to appoint an Independent Auditor to review the accounts and do an Audit/ Reconciliation at a cost to be shared between the parties 50/50 and present the report to Court.