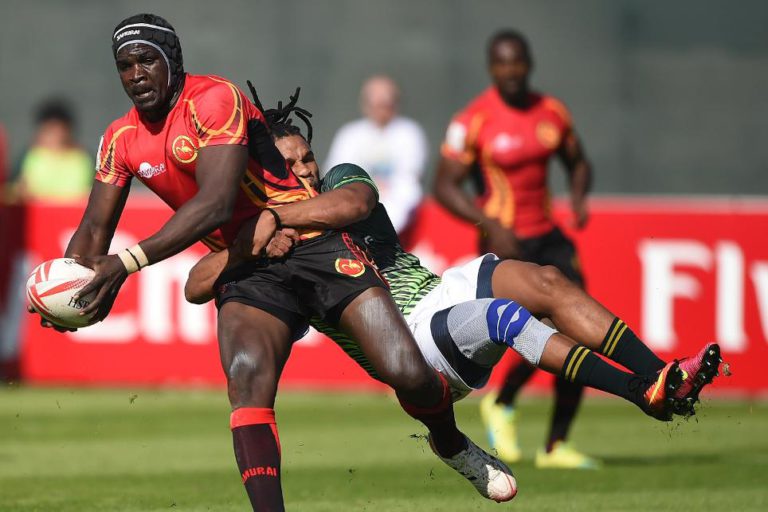 World Rugby is set to optimize preparations for the Rugby Sevens ahead of HSBC Tokyo 2020 Olympic Games which are rescheduled for July next year.

The World Rugby is poised to distribute an initial investment of USD 2.5 million to help the already qualified national unions prepare for HSBC global Olympic Games.

Each union that qualified a team for the Tokyo 2020 Games will be able to apply to World Rugby for funding which can be directed towards rugby sevens squad training camps, competition support, technical and sports science and medical programmes.

World Rugby has also revealed that planning for the Olympic Repechage final qualification event is ongoing.

Initially, the Olympic Repechage was scheduled for June 2020 in Paris, France but was later postponed due to the outbreak of the coronavirus pandemic.

The final qualification event has three spots remaining; two for the women’s teams and one for the men’s team.

Uganda had alreadyqualified for this event having finished second at the Rugby Africa Men’s Sevens in Johannesburg in November 2019.

UPDF Threatens to Withdraw Guards from Political Contenders Over Misuse


Draft constitution will reduce the size of the Kyrgyz parliament and give the president the power to appoint judges and heads of law enforcement agencies.

Voters in Kyrgyzstan went to polls on Sunday for a constitutional referendum widely expected to see President Sadyr Japarov’s powers expanded while allowing him to run for office a second time.

Japarov, a 52-year-old populist, has brushed aside political opponents since coming to power on the back of an October political crisis in which he was first released from jail by supporters, beginning a dizzying rise to the leadership.

He confirmed his dominance by posting a landslide victory in a presidential election in January. In a parallel poll, voters also indicated a preference for presidential over parliamentary rule, boosting his drive to overhaul the constitution.

Japarov’s proposed amendments promise a presidency in line with Kyrgyzstan’s Central Asian neighbours, ending a decade-long experiment with a mixed system. The draft new constitution would reduce the size of the country’s parliament by 25 percent to 90 seats and give the president the power to appoint judges and heads of law enforcement agencies.

Japarov and his supporters hope the strengthening of the presidency will make the country more stable after its leaders were toppled by violent revolts in 2005, 2010 and 2020.

But local critics have dubbed the draft document a “khanstitution” for its expansion of presidential powers.

Emil Dzhuraev, a Bishkek-based political analyst, said the proposed changes will centralise power in the office of the president. “To such an extent that, basically no national-level institution will be able to do anything without the participation or the sign off on it by the president,” Dzhuraev told Al Jazeera.

In Bishkek, Dukot Yyndybaev, a small business owner, told Al Jazeera the reforms could be a step backwards in the path to full democracy.

“Kyrgyz people have a strong will towards freedom,” he said. “We don’t tolerate backward steps away from democracy. There are more serious issues to be solved in the country than the constitutional referendum, such as unemployment. It is better not to destroy what we have achieved so far.”

Meanwhile, the Organisation for Security and Cooperation in Europe and the Council of Europe’s Venice Commission also criticised the lack of “meaningful and inclusive public consultations and debate in parliament” before the basic law was put to the people in a joint opinion published in March.

The two bodies also raised fears over the “overly prominent role and prerogatives of the President”.

Just last year, Japarov was serving a prison sentence on charges of abducting a regional governor amid a dispute about a gold mine when he was freed by demonstrators who contested the results of the October parliamentary election.

Immediately after his release, Japarov mobilised stone-hurling supporters to evict President Sooronbay Jeenbekov from office and then took the helm as the nation’s interim leader. His sentence has since been overturned.

A recent poll by the United States-based International Republican Institute showed that Japarov was by far the most trusted politician in the country.

The percentage of voters who believed Kyrgyzstan was headed in the right direction jumped from 41 percent last August – when Jeenbekov was in charge – to 70 percent in February and March, poll data showed.

If voters back the draft constitution, presidents including Japarov will be able to run in consecutive elections once more, reversing the single-term limit imposed on leaders during an overhaul of the basic law in 2010.

President Vladimir Putin of Russia, a key ally, expressed support for the constitutional drive in February when Japarov went to Moscow in his first foreign visit, saying that he hoped it would bring stability to the country of 6.5 million.

Voting in the referendum began at 02:00 GMT and will conclude at 14:00 GMT with results expected shortly after polls close. A turnout of 30 percent is required to validate the election.