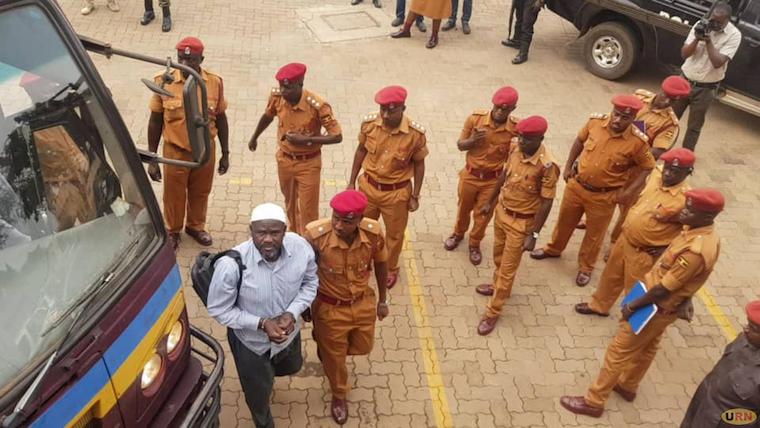 The High court will shift to Luzira maximum security prison for the trial of 38 terrorism suspects, including the Allied Democratic Forces  (ADF) commander, Jamil Mukulu who was extradited from Tanzania in 2015.

A meeting on Monday that included international crimes division (ICD) judges, Counter Terrorism police officers, prisons, directorate of public prosecutions and defense lawyers agreed that for the safety of the participants from Covid-19 and other possible security risks, the trial be conducted inside the prisons.

The four-hour closed-door meeting took place at the ICD headquarters on Kololo hill and was attended by the head of the High court international crimes division justice David Wangutusi, one of the trial judges justice Lydia Mugambe, the ICD registrar Beatrice Atingu, commissioner of police Amos Olweny who is attached to Counter Terrorism department and officer in-charge of Luzira Upper Prison Moses Sentalo.

Also in attendance was assistant director of public prosecutions Lino Anguzu, state attorney Lillian Omar and defense lawyers represented by Anthony Wameli and Geoffrey Turyamusiima. Wameli told the media that they had convinced the meeting the need to be consulting their clients during the trial as it cannot be fair to do so via video conferencing.

“It appears with consensus that the trial is carried out in the prison instead of having the prisoners come out or instead of having it on the video audio link. Reason being, we need a lot of consultations between the clients and the defense counsel and also the security of the participants in the whole trial.” Wameli said.

“Then the number witnesses because the prosecution has indicated it has 150 witnesses. So those factors have been taken in mind. We had this meeting and we said we shall come back after the judges have confirmed. It means the court is going to go to Luzira, they will get an open space and probably put up a tent and then everyone will be there – the lawyers, the prosecution, the judges and the witnesses.” he added.

It was also agreed that the security of all the participants in this case, is at stake and as such, the parties found that Luzira prison is secure for everyone including the 150 prosecution witnesses who will be coming from across East Africa.

The parties agreed that due to fear of exposure to Covid-19, it’s easier for people coming outside to be managed other than managing prisoners when they go out. The trial is expected to start on notice in November 2020 before a panel of three justices including Lydia Mugambe, Susan Okalany and Michael Elubu.

Mukulu who was arrested in Tanzania and extradited to Uganda in 2015 on charges of terrorism, murder, aggravated robbery, attempted murder and being a member of a terrorist group is jointly charged with 37 others.

According to the charges, between 2011 and 2014, the accused persons under the command of Mukulu acquired firearms and training in neighbouring countries and funding for economic, social, political and religious reasons.

Mukulu and his co-accused were arrested from various places in Uganda and Tanzania between 2014 and 2015 on charges dating back to 1998 when suspected ADF rebels attacked Kichwamba Technical Institute and more than 80 students to death.

In September 2019, justice Eva Luswata committed them to face trial before the panel of three Judges and the trial is yet to kick off on notice.