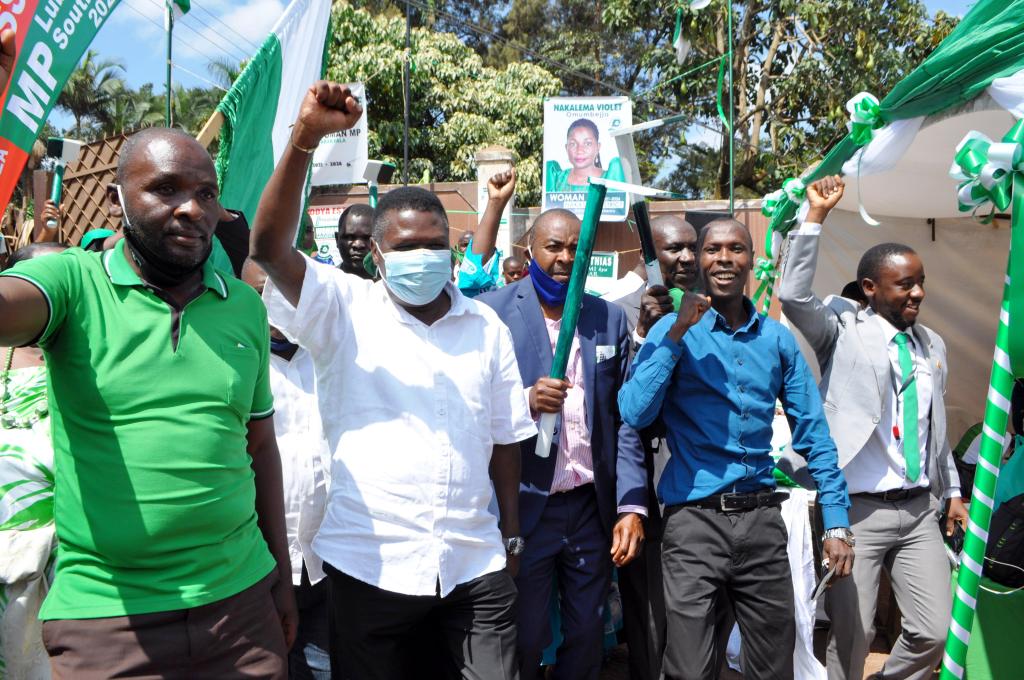 The Democratic Party (DP) has set Monday September 7, 2020 as the closing date of returning nomination forms for Parliamentary seats.

Addressing the Press on Tuesday, the DP Secretary General Gerald Siranda Black disclosed that this slight extension was prompted by huge demand for the Party’s ticket.

“We sat as management and extended the deadline of returning these papers to Monday because of high demand. We don’t want to lock out anyone,” Siranda intimated.

In the meantime, he added that the Organization’s top management has constituted a team of experts to scrutinize the particulars of those who wish to vie for legislative positions.

This, he said, was necessary to avoid last minute disqualification of their candidates on grounds that they lack academic credentials.

“We expect them to have a letter, also, they should attach their academic documents and National IDs because we want to know whether we are dealing with candidates who are eligible to contest and be voted,” Siranda elaborated.

On July 20, 2016, Wakayima Musoke Nsereko, Nansana Municipality Legislator and DP loyalist was thrown out of parliament for discrepancies in his official documents.

This was after Judge Vincent Ogwang discovered that the former’s National Identification (ID) bore the names of Musoke Hannington Nsereko.

Two years later, Deo Hasubi Njoki the Party’s candidate in the Local Council Five (LC V) By-elections was also barred at the last minute for not being a registered voter.

With nominations yet to close, over 120 Party members have expressed intent to contest for various parliamentary positions, something Nobert Mao the Party President says is promising going forward.

That said, it remains to be seen how the Party will deal with a group of legislators who earlier last month defected to the National Unity Platform (NUP) but are now asking for forgiveness.

In his prompt response on this matter, Gerald Siranda Black stated “If you leave the party, the party will put someone.”

True to his words, the party has since identified new talent to fill the void left by the departing MPs.