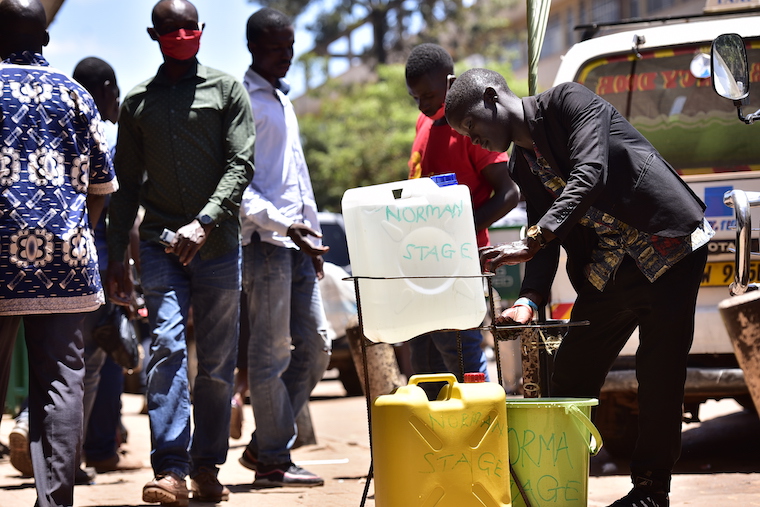 The Joint Security Taskforce on Covid-19 has today named 25 shopping complexes in Kampala that are not following the directives issued by the government to limit the spread of coronavirus.

“We are generating this report to ensure that sanctions are taken against them and we are coming up with this new arrangement of naming and shaming,” Enanga said.

The standard operating procedures (SOPs) that the government issued to arcades before they were allowed to open include providing hand washing facilities, using temperature guns to check everybody entering the premises and enforcing the wearing of face masks and social distancing among others.

Enanga said police are going to intensify their operations of arresting and impounding motor vehicles and boda bodas that are flouting the rules. Last week, police in Kampala Metropolitan Area impounded 1,363 boda bodas for not following SOPs such as not carrying more than one passenger and moving past the 6 pm curfew time. At regional level, Enanga pointed out Moroto district as leading in enforcing coronavirus restrictions.

“Every vehicle that enters Moroto district is taken through a thorough screening process,” he said.

As you enter you all come out, they use a temperature gun to check each and everyone, they inspect the vehicles to see whether they are carrying the right number of passengers and also ensuring that whoever is entering Moroto district has a face mask,” Enanga said.

Police’s heightened vigilance comes at a time when the country is registering an unprecedented number of people getting infected with coronavirus. In a space of one week, more than 1,000 people have tested positive for coronavirus while 32 have so far lost their lives.