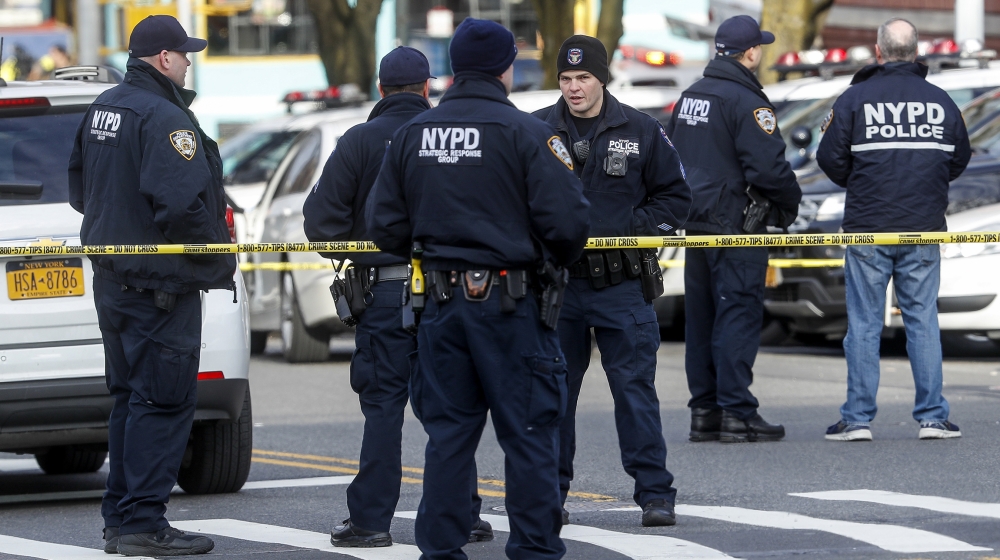 When the New York Police Department fired an officer last year for putting Eric Garner in a deadly chokehold, the officer’s union argued that there was little, if any, precedent within the department’s internal disciplinary system for such a penalty.

Now, the nation’s largest police department is spelling out potential ramifications for officer misconduct, unveiling on Monday a draft of a discipline matrix that will guide punishment decisions similarly to how sentencing guidelines are used in criminal cases. It will be adopted after a 30-day public comment period.

“We wanted to make it very, very clear that if you do certain things there are certain consequences,” said Assistant Chief Matthew Pontillo, who helped develop the disciplinary policies with the help from department officials and outside agencies.

Police reform advocates were not as enthused, arguing the NYPD still has too much power policing its own and that it rarely enforces top penalties, with just 12 officers fired for misconduct since the mid-1980s.

The head of the city’s largest police union blasted the guidelines for different reasons, painting them as a way for elected officials “to manipulate NYPD discipline to further their radical political goals”.

“Apparently, mandatory minimums and sentencing guidelines are unfair to criminals, but perfectly fine for cops,” said Pat Lynch, president of the Police Benevolent Association, suggesting the guidelines would be subject to change “based on headlines and poll numbers, rather than any objective sense of justice or fairness”.

The NYPD is shifting to formal disciplinary guidelines at a time when law enforcement agencies around the world are being pressed to be more transparent about discipline in the wake of protests against the Minneapolis police killing of George Floyd in May.

Police Commissioner Dermot Shea, who will still have the final say on discipline, said it was important to have a “road map” so the public and officers know what to expect. Development of the matrix was well under way when the city council passed a law in June mandating its use. The law also requires that the public be informed how often Shea deviates from it.

Around the same time, state legislators sought to shed more light by repealing a decades-old law that had kept police disciplinary files secret. Police unions suing to block their release are appealing after a judge ruled last week that they should be made public.

A 48-page draft report lists presumptive penalties for dozens of forms of misconduct, including termination for using deadly physical force without justification, engaging in hate speech and making a false statement.

Among the other items covered in the matrix: If an officer forgets to turn on his or her body camera while responding to an incident, he or she can be suspended or docked three days, but if it is done intentionally, it’s a 20-day punishment.

The discipline matrix outlines grounds for suspension or firing for a number of offences, such as failing to turn a body camera on, or using a prohibited chokehold [File: John Minchillo/AP Photo]

Chokeholds resulting in death and the intentional use of a chokehold are also grounds for firing. The NYPD has long banned chokeholds and legislators recently passed laws explicitly outlawing the tactic. One was named for Garner, who died in 2014 after then-Officer Daniel Pantaleo put him in a chokehold.

In developing a discipline matrix, the NYPD is fulfilling one of the last remaining recommendations from a panel of criminal justice experts that examined the disciplinary process on its behalf two years ago.

While the experts found that the disciplinary process generally worked well, they said a set of guidelines would help eliminate perceptions of favouritism or bias in officer punishment. They also called for stiffer penalties for officers making false statements and committing domestic violence.

The department revised its domestic violence punishment guidelines last year, Pontillo said. An officer can be fired for an incident that results in serious physical injuries, violates a restraining order or is part of a pattern of abuse.

Pontillo’s group spend more than a year shaping the new guidelines. They looked at five years of case outcomes to get a sense of penalties that had been applied and studied how other police departments – including Los Angeles, Denver and New Orleans – built their guidelines. They also solicited input from the watchdog agency, the Civilian Complaint Review Board, and the Commission to Combat Police Corruption.

Misconduct complaints are investigated by the CCRB and the NYPD’s internal affairs bureau. If departmental charges are filed, an officer can either agree to a penalty or take the case to trial before an administrative judge. The judge sends any punishment recommendations to First Deputy Commissioner Benjamin Tucker, who passes his recommendation to Shea.