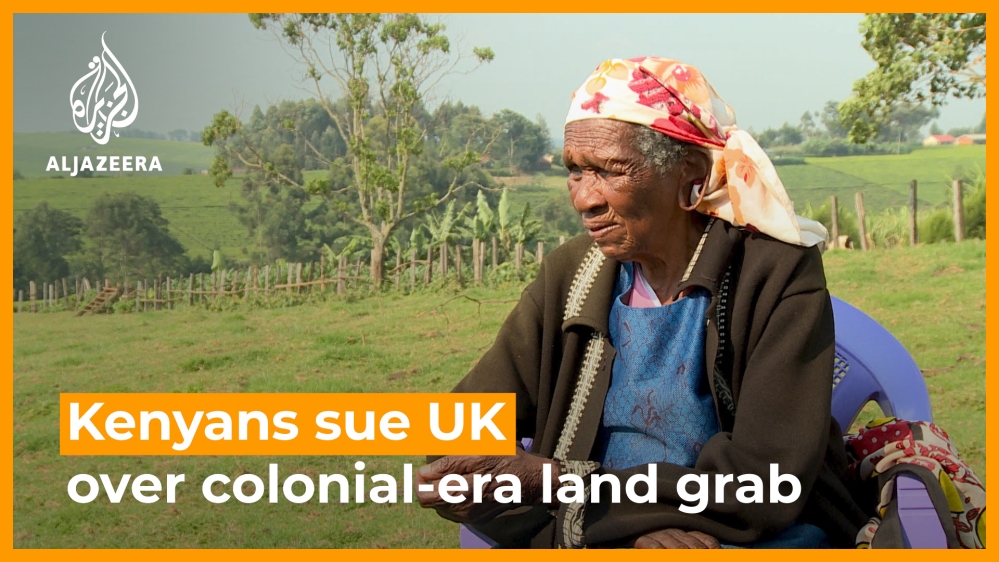 Elizabeth Borowo was a young woman when British colonialists forced her and her family from their farmland nearly 70 years ago.

“Kicking us off our land, and setting our houses on fire, was painful,” she says. “There was a lot of hunger. I remember, my child almost drowned in the river as we ran away.”

Ever since then, Elizabeth has lived on this small piece of land.

The much larger and more fertile land that was once her home lies on a distant hilltop.

Hundreds of thousands of people were violently evicted from the area. Some say they were maimed, tortured and raped.

Today, multinational companies own the land and export tea from here to Europe.

Lawyers have submitted a complaint to the British government and the UN on behalf of more than 100,000 surviving displaced people.

Most of them have lived in poverty since they lost their homes and land.

“Get your knee off our neck,” says Godfrey Sang, a historian and activist.

“These people can’t breathe. They can’t do anything. Look at how they live, in this kind of squalid conditions. Yet the billions that are appropriated from this land, none of which are coming back to benefit the local communities here.”

The British government says the evidence is difficult to access and it was too long ago.

William Kiplangat says it was not too long ago. He was evicted with his parents.

His father kept records for everything and was imprisoned for resisting. William says his father was tortured.

“I feel so much pain when I speak about this,” William says. “I was trying to forget it all. I don’t think we will ever heal until we die. Even the day our father died, he wasn’t supposed to die then. It’s because of what he suffered.”

This video was produced and edited by Al Jazeera NewsFeed’s Hassan Ghani.

Related Topics:AfricaKenyaUnited Kingdom
Up Next

Bruce Grobbelaar: ‘I’m too honest to get work in South Africa’