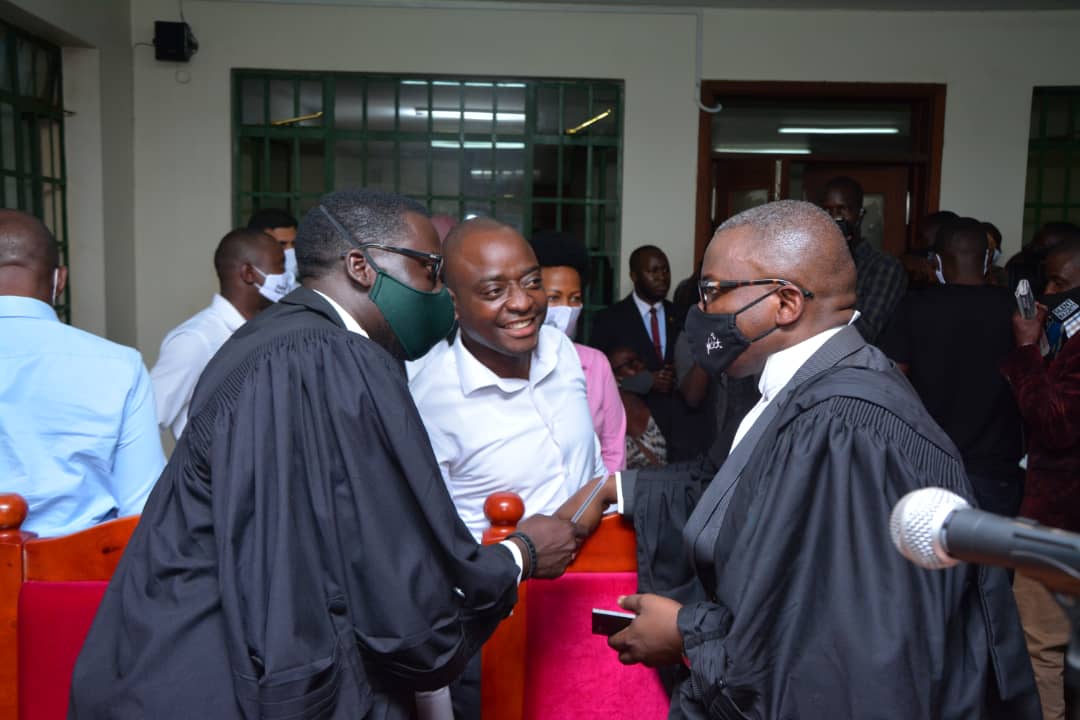 Hamis Kiggundu, the proprietor of Ham Enterprises, through his lawyers of Muwema and Company Advocates has asked High Court Commercial Division Judge Henry Peter Adonyo to struck out Diamond Trust Bank’s (DTB) defense in a case which he accuses the bank of deducting money from his account without his consent.

Muwema argued that the defense filed in court by DTB Bank Lawyers led by Kiryowa Kiwanuka, contains a number of illegalities.

“The loan is based on an illegal transaction, the loan agreements are illegal because they were made from Kenya lending money here. It involves a local bank which facilitated a foreign bank to break the law,” Muwema stated.

At first, Muwema  had raised a contention that DTB Kenya has no license allowing it to operate in Uganda but this was solved by the defendant lawyer who accepted that its true.

They further faulted DTB of having lent their client money while in Uganda and instead decided to use DTB Uganda as their agent to demand for collection of the said loan.

Due to the importance of this application, the judge has decided to conclude it in time before resuming with the main case.

He has ordered both parties to file their written submissions and promised to deliver his ruling on October 5, 2020.

Counsel Kiryowa, in his submissions, insisted that all loan transactions were done in Kenya but it was only the property which was provided as security that is found in Uganda.

In case this application succeeds, the matter will be awaiting judgement but in case it fails, court will proceed with hearing of the case.

In today’s session, the two parties have agreed on a number of key issues which must be focused on during the hearing of the matter.

Ham dragged DTB -Uganda, and DTB-Kenya to Commercial Court for fraudulently siphoning over shs 120b from his accounts without his knowledge and consent.

According to court documents, Kiggundu provided security/mortgage comprised in Plot no.923, Block 9 located at Makerere Hill Road to support the credit facilities he had got from DTB but the businessman says when he carried out an audit and reconciliation of the loan accounts, he found out that the DTB had taken Shs 34 billion and $23 million from his account.