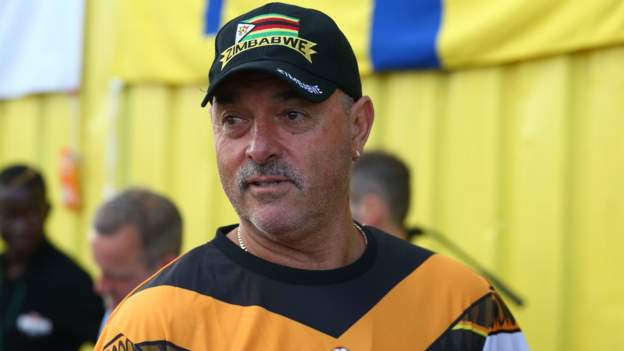 His comments come despite his desire to work there again and he has been in touch with several clubs in the country.

Speaking to On The Whistle podcast Grobbelaar said it would take a lot of guts for club owners to appoint him.

“They don’t want me there because I’m too honest,” he insisted.

“And if there’s anything that goes wrong, I’ll take them straight to the courtroom. Because it’s happened before and they know who they are.”

Grobbelaar, who played in South Africa early in his career and also helped coach several clubs after his retirement, says he is keen to return.

“South Africa, I’d love to come back there, but it depends if these owners have got balls to get Bruce Grobbelaar back for their team,” he said.

He highlighted the court cases he claims to have won against clubs in South Africa including PSL powerhouses SuperSport United and Mamelodi Sundowns.

“I took them to court and got paid out the rest of my contract at SuperSport and that is contrary to what rumours are in South Africa that I was fired,” he insisted.

SuperSport United Chief Executive Stanley Matthews refused to get into details about why Grobbelaar left in 2001.

“Bruce had a great chapter in our history saving us from a serious relegation threat and that’s the part our club chooses to focus upon,” Matthews added.

‘Paid for not coaching’

Grobbelaar also opened up about an opportunity he once had to coach Sundowns.

“This is something that South Africans don’t know. I was asked to take over Mamelodi Sundowns with the Tsichlas family and I signed a pre-contract agreement (in 2000),” he said.

But Grobbelaar says he was then shocked when Sundowns appointed Clemens Westerhof.

“I took them to court and I got paid three years of a three-year contract without coaching the team once,” he said.

The former Zimbabwean international says he has had success at all the clubs he worked with in South Africa.

“They know my potential as a coach. If you ever look at my history of coaching in South Africa, no team has ever gone down,” he pointed out to the podcast.

“And I’m talking about places in the league. They’ve always gone up. And that’s what I strive to, to make people play better and to enjoy themselves on the park.

“If you can make the players better, that’s what I’m about.

“I’ll argue with the owners all day long when they do not allow the players to get the best. Then they gonna have me to go through.”

Grobbelaar said that he’s been in recent contact with PSL teams like AmaZulu and Chippa United but nothing has materialised as yet.

Even though Grobbelaar is struggling to land a job in South Africa he has been working as a goalkeeping coach with Norwegian second-tier outfit Øygarden FK.

He also spends time in Liverpool following his former club and appearing as an expert on various television outlets.

While Grobbelaar was full of praise for the Reds achievements last season he could only pick three players from the side that won the title to join his combined XI with the stars from his Liverpool playing days.

“Then upfront, who’s going to take out Kenny Dalglish from the three that we’ve got now – Mane, Salah or Firmino?

“I would say maybe Craig Johnson comes out, Rush and Dalglish with one of the others. I would pick Salah out of the three of them.”