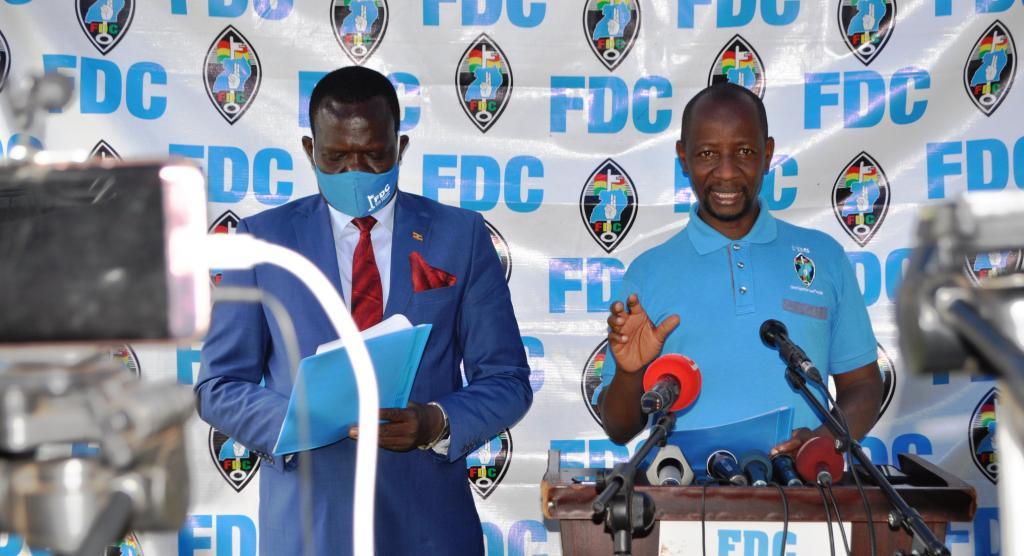 In an unprecedented move, Uganda’s Forum for Democratic Change (FDC) has disclosed plans to hold a live debate between its two leaders vying for the Presidential Flag Bearer position.

This development was announced by the Party’s Spokesperson Ibrahim Semujju Nganda at a media briefing on Monday August 30, 2020.

“We intend to hold a presidential debate next month when the campaigns are concluded. We will inform you of the date in due course. That debate will take place here at the FDC headquarters,” Semujju intimated.

If this comes to pass, it will be the second time FDC’s presidential flag bearer candidates are publicly competing to hold the party flag in general elections.

The first engagement of this kind occurred on November 19, 2017 between four contestants who included the incumbent Patrick Amuriat Oboi and the then FDC President Gen. Mugisha Muntu.

The hot headed discourse that was held at Sharing Hall in Nsambya also attracted the likes of Dan Matsiko and Moses Byamugisha, who is now planning to vie for the Country’s top position on an independent ticket.

Contrary to the past, this time round, the duel has attracted two candidates; Party Leader Patrick Oboi Amuriat and Amb. Wasswa Birigwa, the National Chairman.

Apparently, Semujju says that as a Party, they are yet to agree on a campaign format the two candidates shall use.

“The leadership will convene on Wednesday this week to among others things agree on the format that the campaigns will take. The decision to be taken is whether candidates should jointly address these meetings or one should address one session and leave,” he intimated.

Once that is sorted, the two leaders are expected to sell their candidature at a series of sub regional meetings scheduled to commence on Monday September 7, 2020.

“We will start with East Buganda and here we are talking about districts of Mukono, Buikwe, Buvuma and Kayunga. The two candidates; Hon. Patrick Oboi Amuriat and Amb. Wasswa Birigwa will each be given an opportunity to address these meetings,” a communiqué states.

Thereafter, they will proceed to other districts that make up West, South and Central Buganda before exiting to Eastern Uganda.

All said and done, candidates have been advised to stick to their manifestoes and avoid black mailing each other.

However, given the Covid-19 pandemic situation, Semujju says FDC is deliberating on the best way it can hold its National Delegates Conference.

“Modalities are still being worked out as to which format the delegate’s conference will take,” he disclosed.

“The secretariat has proposed that we can convene these delegates at sub regional level from where they will be taking votes. This proposal will be discussed by management on Wednesday (September 2),” he concluded.