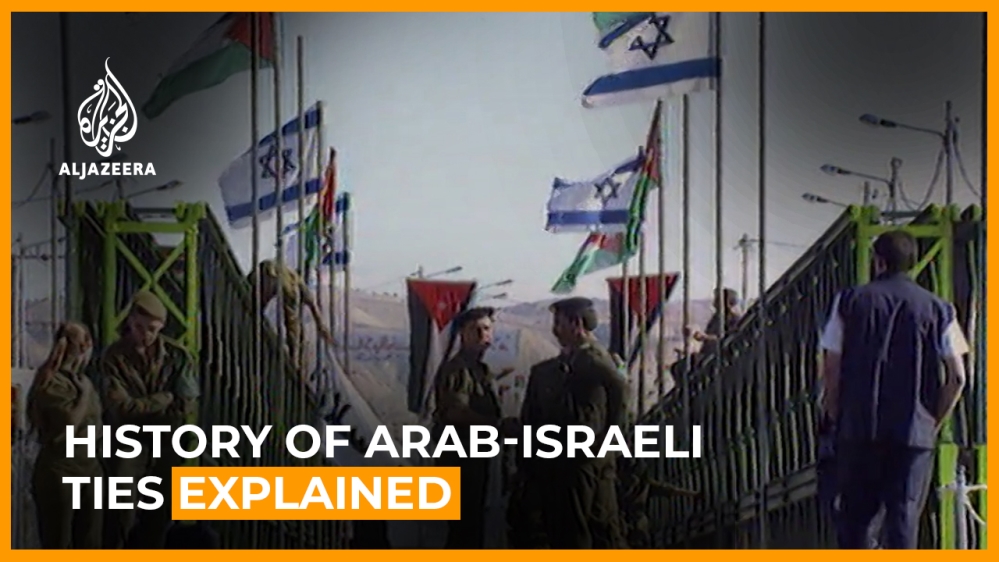 What is normalisation with Israel?

On the official level, the term is used to describe an Arab country pursuing policies or actions that treat Israel its citizens as a “normal” part of the Middle East, without holding them accountable for past and continuing crimes against the Palestinian people.

Then, on August 13, the United Arab Emirates became the third Arab country to officially normalise relations with Israel.

In this video, Al Jazeera’s Linah Alsaafin gives a brief overview of the history of Arab-Israeli normalisation.

This video was produced and edited by Al Jazeera NewsFeed’s Katya Bohdan.