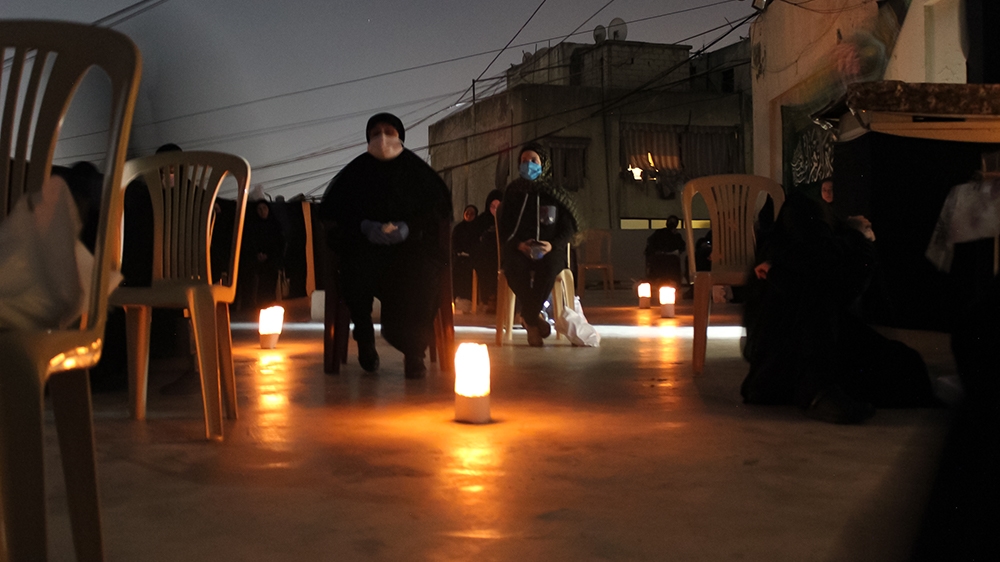 Beirut, Lebanon – About 20 women in black scarves and robes walked into a building in the southern Dahiyeh suburb of Beirut on Saturday evening.

The women, from teens to grandmothers, climbed up to the rooftop to join an hour-long mourning ceremony in commemoration of the seventh-century death of Imam Hussein, the grandson of the Prophet Muhammad.

Saturday evening marked the 10th night of the Islamic month of Muharram, the Ashoura.

This year, Ashoura fell within a 17-day, nationwide lockdown imposed by the Lebanese government on August 21, following a spike in coronavirus cases and fatalities in the wake of a massive explosion at Beirut’s port earlier this month.

Lebanon, with 16,275 reported cases and 155 deaths, has banned all social gatherings, closed businesses and shops, and imposed a night-time curfew.

The restrictions mean there have been no street processions or large public gatherings for Ashoura.

So, several people in the neighbourhood decided to hold downsized gatherings on their rooftops and balconies instead.

“The communal element of Ashoura is very important to us,” said 24-year-old Fatima Kanso. “So, we came up with the idea of holding an open-air rooftop majlis [gathering] on top of four buildings in the block in order to come together while also respecting the restrictions.”

Fatima stood guard at the doorway to the rooftop, checking each woman’s temperature, disinfecting their hands, and ensuring they wore face masks before showing them to their seats.

As the organiser, she arrived early to arrange 35 plastic chairs – the maximum they could host at the event – in a manner that ensured social distancing.

“We are adamant to hold our mourning ceremonies no matter what the circumstance,” explained Fatima as she handed a younger family member bags with cakes and a drink to place on each chair.

“We await Muharram every year so the thought of holding a solitary majlis at home this time was very painful,” she said. “When our leaders ordered us to adhere to the restrictions, we had to find a way to do it while respecting their instructions.”

Fatima Kanso and her neighbours kept a safe social distance between chairs on their rooftop. [Arwa Ibrahim/Al Jazeera]

Before the start of Muharram, Lebanon’s two main Shia movements, Hezbollah and Amal, told their followers to abide by stay-at-home measures, advising against all public gatherings.

In a televised speech, Hezbollah’s Secretary-General Hassan Nasrallah urged compliance with coronavirus-related restrictions, encouraging his followers to commemorate Imam Hussein’s death at home or via livestreaming.

Along with her mother-in-law, Um Ahmad, Fatima had spent the day cooking meals for the poor and preparing a wheat and chicken dish for the attendees.

As she arranged platters of pastries on a table, her husband Ahmad Kanso, a locally known Muharram poetry reciter who came to lead the ceremony, set up the speaker system in a small room on the roof.

He explained that the speakers allowed the four female-only rooftop gatherings to follow his recitation and other neighbours to take part from their balconies.

“I’m used to being in a hall filled with thousands of people, especially on this night,” said the 26-year-old.

“Although we feel double the sorrow this year – sorrow over the death of Imam Hussein and sorrow over not being able to mourn together – it is a blessing to still be gathering like this.” 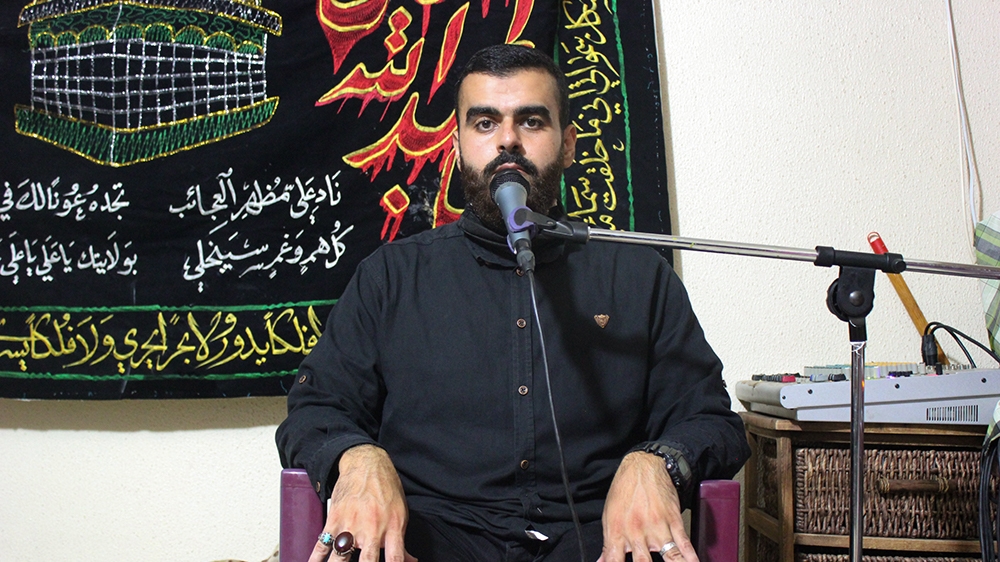 Every night, the young reciter started his ceremony with a poem and then a short story narrating the life and death a prominent figure in Shia Islam who was killed during the battle of Karbala.

For Muslims, the death of Imam Hussein is a symbol of resistance against injustice and oppression.

By the time Ahmad wrapped up, several women were bent over, sobbing into their sleeves.

Like many others, 45-year-old Abeer al-Aseely, who attended the ceremony, found the lack of public gatherings this year painful but realised that efforts to curb the spread of the coronavirus were more important.

“For the first time in my life, I’m not attending the usual large street processions and public gatherings,” said al-Aseely. “It’s painful, but our health and safety is more important.”

While calls to adhere to strict health guidelines have fallen on deaf ears in some countries in the region, including Iraq, which saw throngs of Shia Muslims flock to the shrines of Imam Hussein in Karbala, the situation in Lebanon has been relatively contained.

“Some people circumvented the coronavirus-related restrictions over the past 10 days, but for us, it’s been a huge responsibility to do everything right,” said al-Aseely. “It’s only right to social distance, or cancel the ceremonies altogether.”