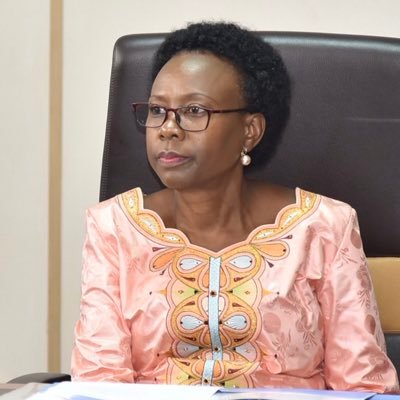 The Ministry of Health has on Sunday confirmed 81 new COVID-19 cases in Uganda bringing the cumulative total number of infections in the country to 2,928.

The new cases and a death were confirmed from samples tested for COVID-19 on Saturday.

It added, “Uganda recorded 1 COVID-19 death, a Ugandan male aged 65 years old and a resident of Mbale. The total COVID-19 deaths are 30.”

Out of the 81 new COVID-19 cases registered, 67 are contacts and alerts and they include 32 from Kampala, 9 from Kiryandongo, 7 from Kitgum, 4 from Wakiso, 4 from Mukono, 3 from Iganga, 2 from Jinja, 2 from Gulu while Mbale, Oyam, Bundibugyo and Namisindwa registered 1 case each.

12 health workers also tested positive for COVID-19 and they include 4 from Lira, 3 from Kampala, 3 from Mukono, 1 from Jinja and 1 from Tororo.

Currently, Uganda has a cumulative total of 2,928 COVID-19 confirmed cases, 1,288 recoveries and 30 fatalities.

The National COVID-19 Taskforce will again meet on Tuesday next week to decide whether to reopen schools, places of worship, bars and other sectors that have been closed to nearly 6 months in a bid to contain the spread of COVID-19 pandemic.

US Elections: Who is Republican candidate Donald Trump? | Trump News

Government has applauded Japan for its generous support towards the refugee communities in Uganda.

This year, Japan contributed to Uganda, $9.8 million (approximately 36 billion shillings) which according to the Japanese Ambassador to Uganda, Hidemoto Fakuzawa, is aimed at mitigating the impacts of COVID-19 pandemic to the vulnerable population, including; refugees, host community members among others.

Over the years, Japan has made various contributions to Uganda to address the emerging issues ranging from refugees, infrastructure, health among others.

From 2016 to 2020, Japan contributed approximately 35 million dollars (127 billion shillings) to the Government of Uganda by utilizing the supplementary budget to provide humanitarian support and emergency response.

Speaking to reporters at the Uganda Media Centre on Tuesday, Amb Fukuzawa said, “This year, the Government of Japan decided to make a new contribution of about of approximately 9.8 million dollars (approximately 36 billion shillings) to Uganda.”

“Japan recognizes that the humanitarian situation in refugee hosting areas is devastating, especially under the spread Of COVID-19,” said Amb Fukuzawa.

The 2021 contribution, Amb Fukuzawa said, has been made with specific focus on mitigating the impacts of the Covid-19 to the vulnerable population, including; refugees, host community members, women and children in Uganda.

Uganda is one of the biggest refugee hosting countries in the world, and has an open door policy for refugees.

Regarding the fight against the COVID-19 pandemic, Amb Fukuzawa pledged Japan’s support to Uganda to fight the deadly disease that has claimed millions of lives globally.

“Japan will always be by your side and support the Government of Uganda as a member of the international community,” he said.

Meanwhile, Japan has continued to support Uganda in the field of social – economic development especially in northern Uganda.

On February 11, 2021, Amb Fukuzawa signed a bilateral agreement on behalf of Government of Japan in form of exchange of notes with Finance Minister, Matia Kasaija for the project to improve National Roads in refugee hosting areas of West Nile sub region.

By providing a grant of approximately 36.8 million dollars to the Uganda Government, Amb Fukuzawa said that Japan “is hoping to contribute to stabilization of the society and promotion of sustainable economic growth in northern Uganda.

The Minister of Relief, Disaster Preparedness and Refugees, Hilary Onek applauded Japanese Government for the “generosity exhibited towards the refugee community.”

“Our numbers continue to grow even with the restrictions on registration of new arrivals because of new birth registration and registration of persons who arrived before the lockdown in March 2020, that had since resumed in most settlements especially in West Nile,” said Onek.

The post Uganda Commends Japan for Support to Refugees first appeared on ChimpReports.

President Idriss Deby, who won a 6th term on Monday, has died of injuries suffered on the frontline, an army spokesman said.

Chad’s President Idriss Deby has died of injuries suffered on the frontline where he had gone to visit soldiers battling rebels, an army spokesman said on Tuesday.

The news came a day after Deby won a sixth term, as per provisional election results released on Monday.

The 68-year-old Deby, who came to power in a rebellion in 1990, took 79.3 percent of the vote in the April 11 presidential election, the results showed.


Athens, Greece – Concerns around press freedom in Greece have been raised by Reporters Without Borders (RSF), as the media watchdog publishes its World Press Freedom Index.

In the list, which is released annually and ranks 180 countries in the world from “good” to “very bad”, Greece has dropped five places.

The European Union member state is now at 70, down from 65 in 2020, a rating considered as “problematic”.

The fresh index comes as concerns mount over the case of Giorgos Karaivaz, a Greek crime reporter working for private broadcaster Star TV, who was shot outside his home as he returned from work in south Athens two weeks ago.

It remains unclear if the murder was related to his work but the president of the EU Commission, Ursula von der Leyen, called it a “despicable, cowardly act” in a tweet, adding, “Europe stands for freedom. And freedom of the press may be the most sacred of all.”

In the past year, there have been several reports of journalists being harassed by police while covering protests in lockdown.

In February, the Paris-based RSF called for an investigation after seven journalists were tear-gassed and beaten with batons and shields during a demonstration.

RSF described that incident as an “unprovoked attack by the police”.

Greek journalist Dimitra Kroustalli said in January she had been forced to resign from her job at the To Vima newspaper after “strangling pressure” from the Greek prime minister’s cabinet.

Kroustalli had been covering the flaws in the systems used to track and monitor COVID-19 cases.

Grants totalling 20m euros given to blogs and media outlets to fund COVID awareness campaigns also came under scrutiny last year when it was revealed in June that some of the media outlets had no webpages.

Stavros Malichudis, a freelance journalist based in the capital, Athens, said that the recent murder of a media worker had put the spotlight back on press freedom in Greece.

“Until Karaivaz’s murder, Greece wasn’t considered as a country where journalists might be killed for doing their job. Press freedom, though, definitely has been an issue,” Malichudis told Al Jazeera.

“The coverage of public TV has always been in favour of the government, instead of the public it ought to serve. Journalists working for major media know there are specific topics they can’t even pitch a story about and large corporations seldom get covered in the press where only their adverts appear.

“Another issue is the restriction of coverage on refugees by the Greek government, which has already been criticised by media watchdogs.”

Meanwhile, journalists working on refugee issues have faced hostility from local authorities on the Aegean islands.

Multiple media freedom groups wrote to Greek authorities after local police detained a group of journalists working for the German Climate Foundation on the Greek island of Samos last October.

The group, which was making a documentary about climate-induced migration, were denied access to a lawyer and strip-searched before being released without charge.

Pavol Szalai, head of RSF’s EU/Balkans desk, told Al Jazeera the NGO was concerned by the current situation in Greece.

“Press freedom in Greece has been rapidly deteriorating.

“Right now, Greek journalists are having a hard time in scrutinising the government policies and reporting on the handling of the pandemic or the refugee crisis.

“The recent brutal killing of crime reporter Giorgos Karaivaz has brought an additional layer of serious concern for investigative journalists. Quite frankly, the current situation is a dangerous cocktail for press freedom.”