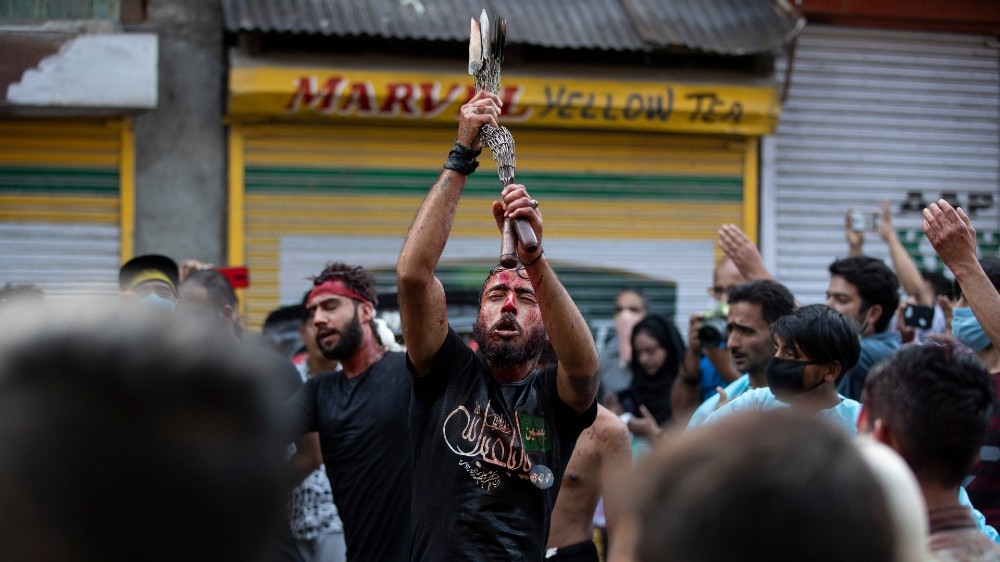 The violence came as the disputed Himalayan region – where nearly 97 percent of residents are Muslims – observed Ashoura on Saturday, the 10th day of the Muharram month in the Islamic lunar calendar.

Jafar Ali, a witness, told AFP news agency the procession started in the Bemina area on the outskirts of the main city of Srinagar and that government forces were present in heavy numbers.

Ali and other people who saw the clashes said security forces fired pellets and tear gas to break up the gathering. Police said mourners violated prohibitory orders that restrict all religious processions to prevent the spread of the novel coronavirus.

“The forces fired pellets at the procession that was mainly peaceful and included women,” said another witness Iqbal Ahmad.

At least 40 people were injured, according to witnesses. Medical workers at a hospital in Srinagar told The Associated Press they treated at least 30 people, some of them with pellet and tear gas injuries.

#Kashmir: A Kashmiri Shiite Muslim youth lies on a hospital bed with pellets injures fired by the government forces today during Muharram procession in Srinagar. pic.twitter.com/6BEVwh9B59

Residents said many other injured were taken to another hospital in the city.

Videos circulating on social media showed police in armed vehicles warning the mourners to disperse before firing shotgun pellets and tear gas on them.

Some mourners were also seen raising slogans seeking an end to the Indian rule in the disputed region.

“The procession was not just peaceful but was also following health protocols,” said Sajjad Hussain, a witness. “They [government forces] unleashed such violence and did not spare even women mourners.”

A police officer told The Associated Press they were confirming the number of injured.

Muharram is among the holiest days for Muslims across the world and includes large processions of mainly Shia Muslim mourners beating their chests while reciting elegies and chanting slogans to denounce the slaughter of Husayn, Prophet Muhammad’s grandson, and his companions.

Officials said at least 200 people were detained in Srinagar for participating in the processions and at least seven people were arrested under an anti-terror law for raising pro-freedom slogans.

Some main Muharram processions have been banned in the Muslim-majority region since an armed rebellion broke out in 1989 demanding independence from India or a merger with neighbouring Pakistan.

But Kashmiri Muslims have long complained the Indian administration curbs their religious freedom on the pretext of law and order while promoting an annual Hindu pilgrimage to the Himalayan Amarnath Shrine in Kashmir that draws hundreds of thousands of visitors.

The violence in Srinagar came shortly after officials said at least seven suspected rebels and an Indian army soldier were killed in two gunbattles, also in Indian-administered Kashmir.

Three rebels and a soldier died early on Saturday after troops and police launched a search operation in a village in southern Pulwama district, said Colonel Rajesh Kalia, an Indian army spokesman.

On Friday, joint teams of army, paramilitary and police forces cordoned off a village in southern Shopian district following a tip that rebels were hiding there, leading to an exchange of fire, police said.

Four rebels were killed and another arrested during the operation, a police statement said.

Vijay Kumar, the inspector general of police, told reporters that one of the deceased in Friday’s gunfight was the district commander of Al-Badr rebel group. 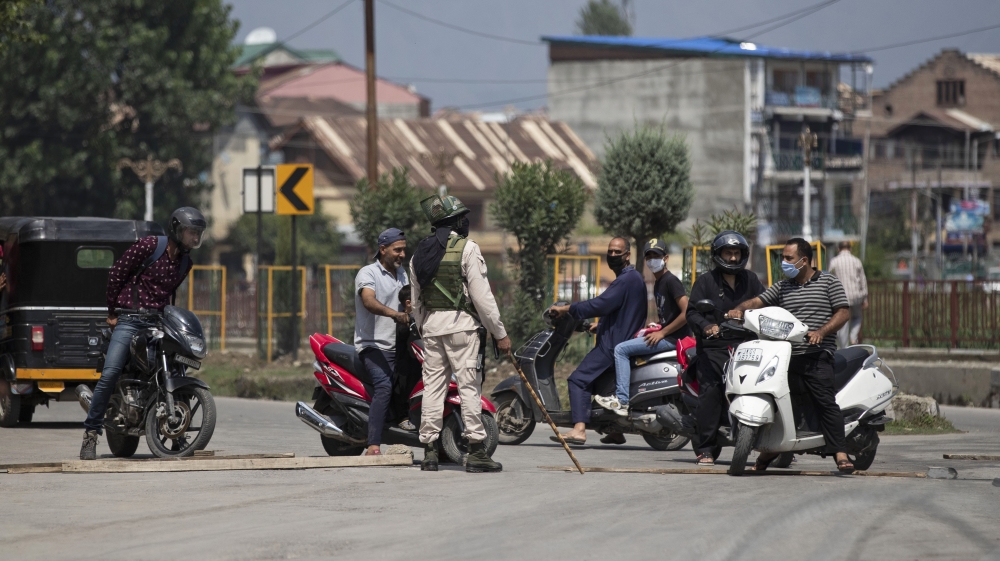 Conditions have worsened in Indian-administered Kashmir since August last year, when New Delhi stripped the region of its statehood and semi-autonomy, setting off widespread anger and economic ruin under a harsh security clampdown.

Since January, Indian forces have killed 180 rebels during counterinsurgency operations, according to the Jammu Kashmir Coalition of Civil Society, a rights group.

Based on official figures, data shows that more than half of them had joined the rebels less than a year ago, and of those, most had been active for only a few months.

At least 68 government forces and 46 civilians were also killed in the same period, the rights group said.

India and Pakistan claim the divided territory of Kashmir in its entirety. A small sliver of the region is also controlled by China.

India accuses Pakistan of arming and training the rebels, a charge Pakistan denies.

According to several human rights groups, nearly 70,000 people have been killed in the conflict since 1989. 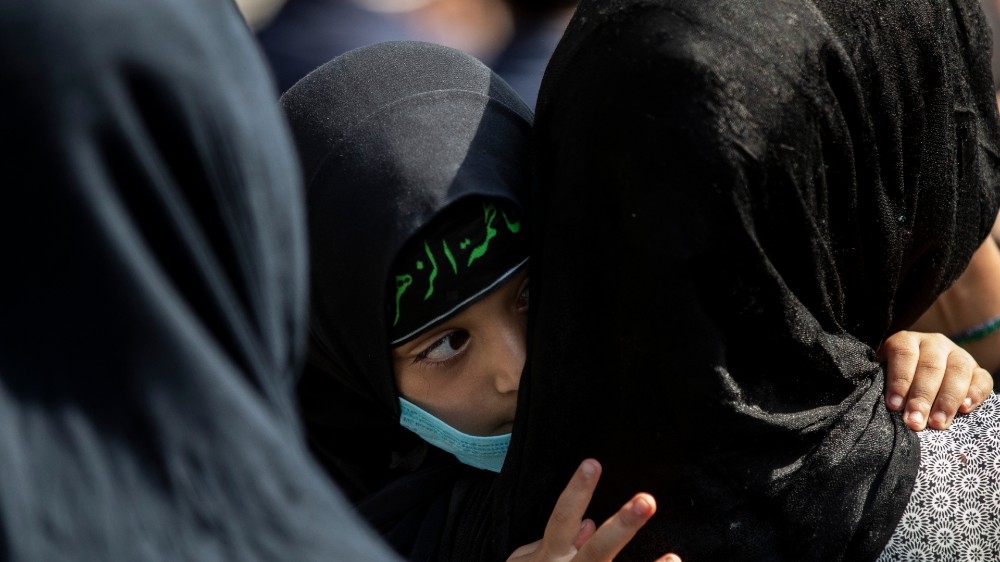 A young Kashmiri Muslim watches a Muharram procession, cradled in the arms of a woman in Srinagar [Mukhtar Khan/AP Photo]

What is Shinzo Abe’s legacy? | Asia