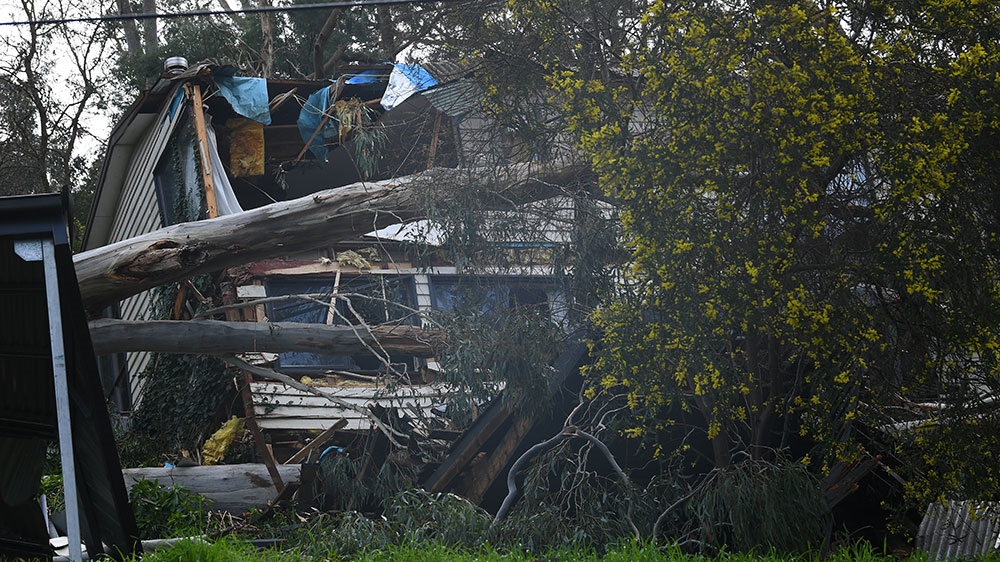 A man, a woman and a four-year-old boy have been killed by falling trees in separate incidents, after wild winds swept across parts of Victoria state in eastern Australia.

The deaths came during a night of intense storms that moved in from the southwest over Melbourne and into Victoria from Thursday afternoon into the evening.

The Australia Bureau of Meteorology senior meteorologist, Dean Narromore, told reporters winds of 158 kilometres per hour – equivalent to a Category 2 cyclone – were recorded at Wilsons Promontory, while gusts of 124 km/h were recorded at Mount Gellibrand.

The areas hardest hit included Colac, Torquay, and Melbourne’s east including Belgrave, Mooroolbark, Croydon and Montrose, as well as Phillip Island and Warragul.

The State Emergency Service (SES) received nearly 3,000 calls overnight with almost 2,000 in a 15-minute period at around 6pm local time.

The Silvan Dam water treatment plant lost power during the storms and hundreds of thousands of households across Melbourne’s north and east have been told to boil their water, as the electrical damage resulted in contamination.

Recovery efforts have been hindered because of a strict COVID-19 lockdown in the region, and special exemptions to the rules were released for those affected by the storm.

COVID-19 restrictions also meant a majority of Melbourne’s workforce is working from home, where thousands of people were left without power until Friday evening, according to local media.