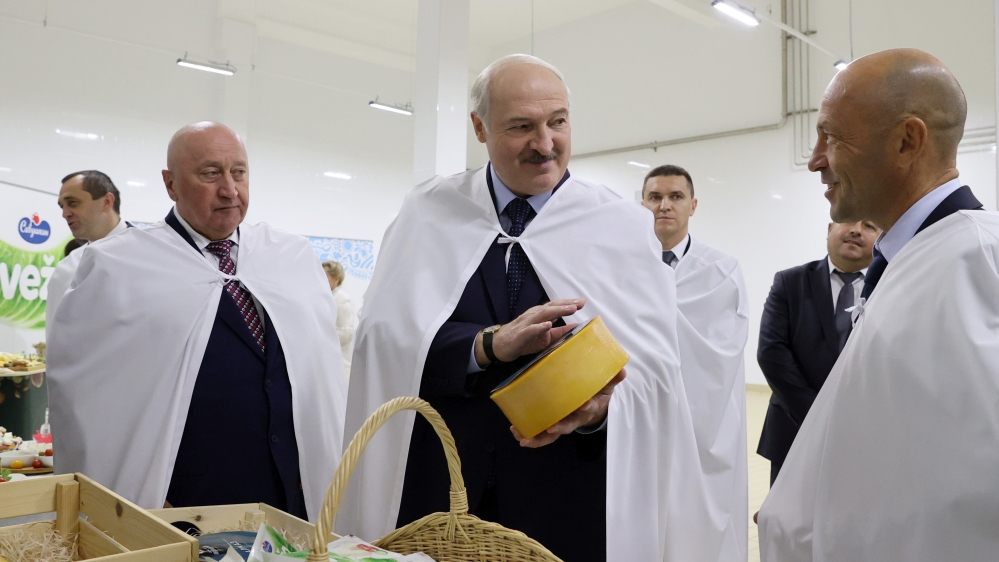 Lukashenko, who has ruled the 9.5-million nation in Eastern Europe with an iron fist since 1994, blamed the West for fomenting demonstrations in Belarus in hopes of turning it into a “bridgehead against Russia”.

“They want to topple this government and replace it with another one that would ask a foreign country to send troops in support,” he said on Friday. “They want our market to sell their products.”

NATO has rejected previous such claims by Lukashenko.

NATO Secretary-General Jens Stoltenberg said this week that Lukashenko tries to conjure up the image of outside forces threatening Belarus as an excuse for his crackdown on the opposition, which has seen hundreds of protesters beaten by police.

In addition, the idea that Belarus’s ailing Soviet-style economy would be seen as a beacon for exporters seems to defy current economic realities.

Protests have been fuelled by growing weariness about Lukashenko’s rule, his cavalier dismissal of the coronavirus pandemic and a bruising economic fallout from the outbreak in a country where living standards were already sinking.

The 65-year-old Belarusian leader threatened to retaliate against neighbours Poland and Lithuania, which pushed strongly for the European Union’s sanctions against his government.

Lithuania also hosted the main opposition challenger in the vote, Svetlana Tikhanovskaya, who moved there after the vote, pressured by Belarusian authorities.

Lukashenko said Belarus would strike back by halting imports via Lithuanian ports and force its western neighbours to use longer routes via the Baltics and the Black Sea in their trade with Russia and China.

“Let us see who will get scared first, we will show them sanctions,” he said.

“I have ordered the government to divert all trade flows away from Lithuanian ports. They have grown spoiled, and now we will show them their place.”

“They were doing transit via us, but now they will need to go over the Baltics or the Black Sea to trade with Russia,” Lukashenko said.

Lithuanian Prime Minister Saulius Skvernelis responded in a Facebook statement, saying if Lukashenko fulfils his threat it will mostly hurt Belarus and its people.

Lukashenko has repeatedly sought to cast the protests that are demanding his resignation as part of a Western plot against Russia, in a bid to secure Moscow’s support.

Russian President Vladimir Putin warned on Thursday that he stands ready to send police into Belarus if protests there turn violent but sees no such need yet.

The wave of protests that came after election officials declared Lukashenko had won a sixth term in a landslide in the August 9 presidential election has cast an unprecedented challenge to his rule.

On Friday, hundreds of opposition supporters again formed “chains of solidarity” across Minsk as the protests entered their 20th day.

“A peaceful protest is stronger than clubs and fear,” said 30-year-old demonstrator Maxim Zhurkov. “We feel that we are the majority, and that means that a breakthrough will come.”

The opposition is bracing for another big rally in Minsk on Sunday. Demonstrations around the capital’s main square peaked to about 200,000 over the past two Sundays, the biggest protests the country has ever seen.