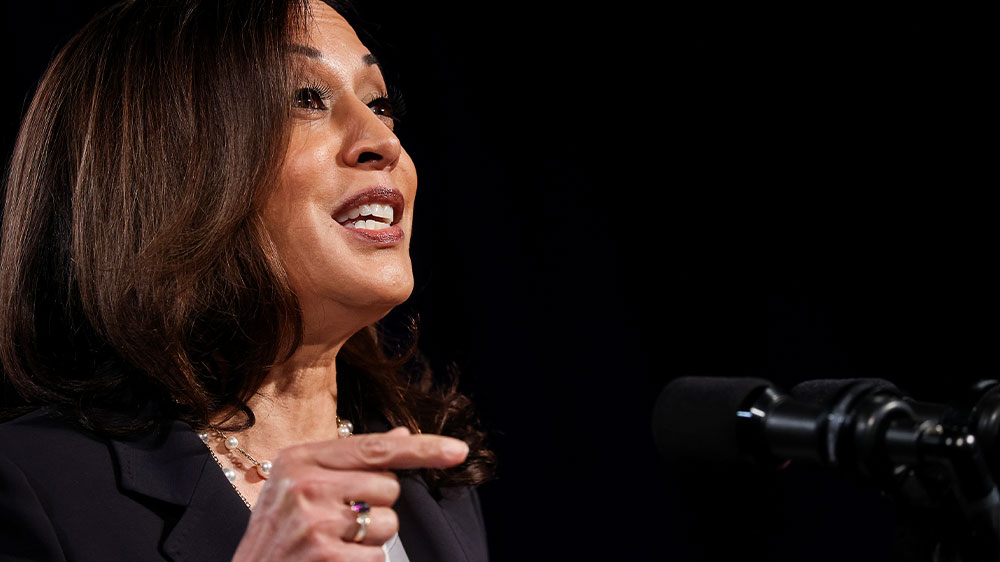 In a speech on Thursday, hours before Trump was due to address the final day of the virtual Republican National Convention (RNC), Harris argued that the president has shown “a reckless disregard for the wellbeing of the American people” in failing to contain the COVID-19 outbreak.

“Donald Trump froze. He was scared. He was petty and vindictive,” Harris said of his early response to the outbreak in the US.

“And the tragedy in all of this is, it didn’t have to be this bad. Just look around. It’s not like this in the rest of the world. All we needed was a competent president,” Harris said in her first major political attack on Trump since she joined presidential candidate Joe Biden on the Democratic ticket last week.

The US has confirmed more than 5.8 million infections and 180,000 deaths related to COVID-19, more than any other nation, according to researchers at Johns Hopkins University.

Harris’s remarks, delivered point-by-point in the style of a prosecutor, came in a 20-minute “prebuttal” speech before Trump was due to deliver a major address from the White House to the virtual RNC. Americans go to the polls on November 3 to decide whether Trump should serve a second four-year term.

Harris praised the protests against the police shooting of Jacob Blake in Kenosha, Wisconsin, and condemned the killing of two protesters in what appeared to be clashes between vigilante militias and demonstrators. A 17-year-old has been arrested and charged with murder in connection with the killings.

“And after the murders of Briana and George, and Ahmad, and so many others, it’s no wonder people are taking to the streets, and I support them,” Harris said, drawing a sharp distinction with Trump, who has been hostile to the protests.

“We must always defend peaceful protest and peaceful protesters. We should not confuse them with those looting and committing acts of violence, including the shooter, who was arrested for murder,” Harris said.

“And make no mistake, we will not let these vigilantes and extremists derail the path to justice,” she said.

“The more chaos and anarchy and vandalism and violence reigns,” Conway said, “the better it is for the very clear choice on who’s best on public safety and law and order.”

Biden and Harris do not support defunding the police but have advocated for overhauling police practices after years of high-profile killings of Black Americans by officers. Harris sponsored a bill in the US Congress to ban chokeholds and no-knock warrants, and to create a national registry for police misconduct. 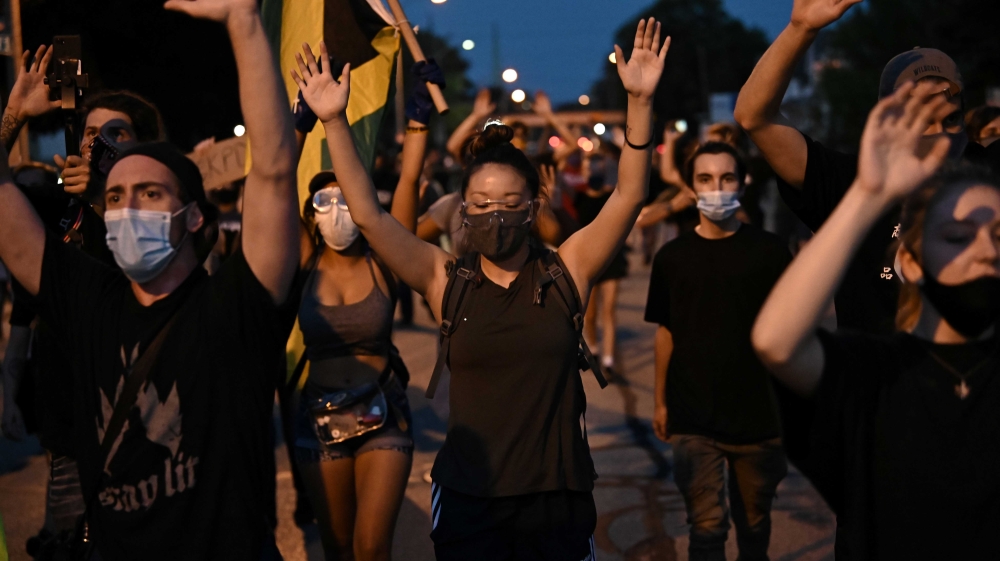 Biden, who has largely limited his personal travel during the pandemic to near his home in Wilmington, Delaware, told MSNBC he would consider traveling to Kenosha himself.

“If I were president I’d be going,” Biden said on Thursday. “But it’s hard to tell now what the circumstance on the ground is.”

Should he make the trip, Biden said, he would attempt to “pull together the Black community as well as the white community and sit down and talk about how we get through this”.

Of Trump, he said: “This is his America now. And, if you want to end where we are now, we’ve got to end his tenure as president.”

Harris focused much of her speech on Trump’s handling of the coronavirus outbreak, which has shuttered much of the US economy for months.

She accused Trump of incompetence that has “become deadly” while painting Biden as a president who would address the pandemic seriously. She criticised Republicans for not offering a clearer, more truthful picture of the pandemic’s toll during their convention.

“The Republican convention is designed for one purpose: to soothe Donald Trump’s ego,” she said. “He’s the president of the United States. It’s not supposed to be about him. It’s about to be about the wellbeing and the safety of the American people. And on that, Donald Trump has failed.”

What we know about the victims of the Kenosha shooting | News