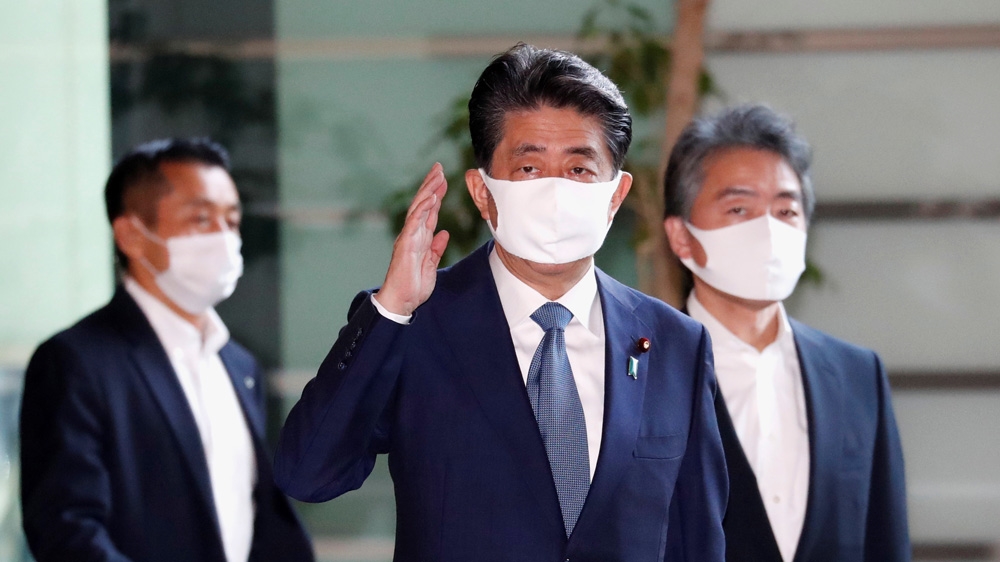 Japanese Prime Minister Shinzo Abe is set to hold a news conference on Friday afternoon in which he is expected to address growing concerns about his health after two recent hospital examinations within a week.

Ruling party officials have said Abe’s health is fine, but the hospital visits, one lasting more than seven and a half hours, have fuelled speculation about whether he will be able to continue in the job until the end of his term in September 2021. On Monday, he became Japan’s longest-serving leader, beating a record set by his great-uncle Eisaku Sato half a century ago.

Under fire for his handling of the coronavirus pandemic and scandals among party members, Abe – who vowed to revive the economy with his “Abenomics” policy of spending and monetary easing – has recently seen his support decline to one of the lowest levels of his nearly eight years in office.

While he has beefed up Japan’s military spending and expanded the role of its armed forces, his dream of revising the country’s pacifist constitution has failed because it lacks broad public support.

Sources have told Reuters that Abe would consult his doctors before meeting the media, either by phone or another hospital visit.

The prime minister is expected to provide an explanation about his health and lay out new measures to fight the coronavirus at the news conference which is due to start at 5pm (08:00 GMT). Among them will be a pledge to secure enough vaccines for everyone in the nation by early 2021, paying for this with reserve funds, Japanese media said.

Abe, who has been struggling with the chronic condition ulcerative colitis since his teens, has not provided any detail about the hospital visits. Returning from the last visit on Monday, he said he wanted to take care of his health and do his utmost at his job.

Speculation that he would step down has been dismissed by allies in his ruling Liberal Democratic Party including Chief Cabinet Secretary Yoshihide Suga, who told Reuters on Wednesday that he meets Abe twice a day and has not seen any change in his health.

He added that Abe’s comments on Monday that he would continue to do his best in the job “explains it all”.

Abe has been prime minister since 2012; his second stint in the role. He resigned abruptly from his previous term in 2007 because of his illness, which he has been able to keep in check with medicine that was not previously available.