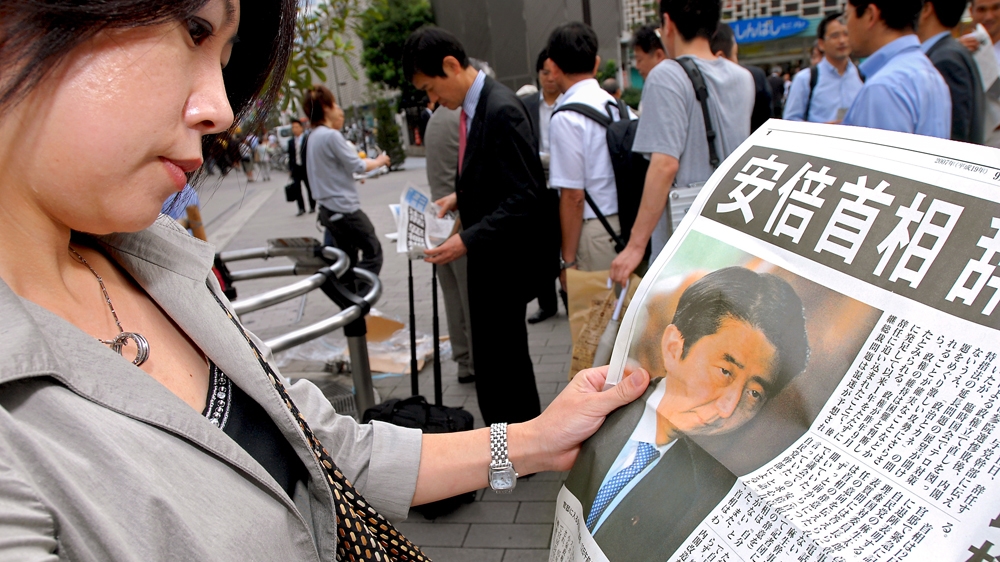 Japan’s longest-serving prime minister, Shinzo Abe, is set to resign, national broadcaster NHK said on Friday, saying he wanted to avert problems for the government from a worsening health condition.

What is Abe suffering from?

Abe has suffered from ulcerative colitis, a chronic disease, for years.

Who are the likely contenders for replacing Abe?

If Abe resigned, he would probably stay on until formally replaced, which requires the governing Liberal Democratic Party (LDP) to pick a new leader to be formally elected in Parliament.

The following individuals could possibly be taking Abe’s place:

Minister of Finance Taro Aso, 79, who also doubles as deputy prime minister, has been a core member of Abe’s administration. Without a clear consensus on who should succeed Abe, LDP legislators could elect Aso as a temporary leader if Abe resigns.

The grandson of a former prime minister, Aso mixes policy experience with a fondness for manga comics and a tendency towards gaffes.

A hawkish former defence minister and rare LDP critic of Abe, Shigeru Ishiba, 63, regularly tops surveys of legislators whom voters want to see as the next prime minister, but is less popular with the party’s legislators.

Fumio Kishida, 63, served as foreign minister under Abe from 2012 to 2017, but diplomacy remained mainly in the prime minister’s grip.

The low-key legislator from Hiroshima has been widely seen as Abe’s preferred successor but ranks low in voter surveys.

Minister of Defense Taro Kono, 56, has a reputation of being a maverick but has toed the line on key Abe policies, including a stern stance in a feud with South Korea over wartime history.

Educated at Georgetown University and a fluent English speaker, he previously served as foreign minister and minister for administrative reform.