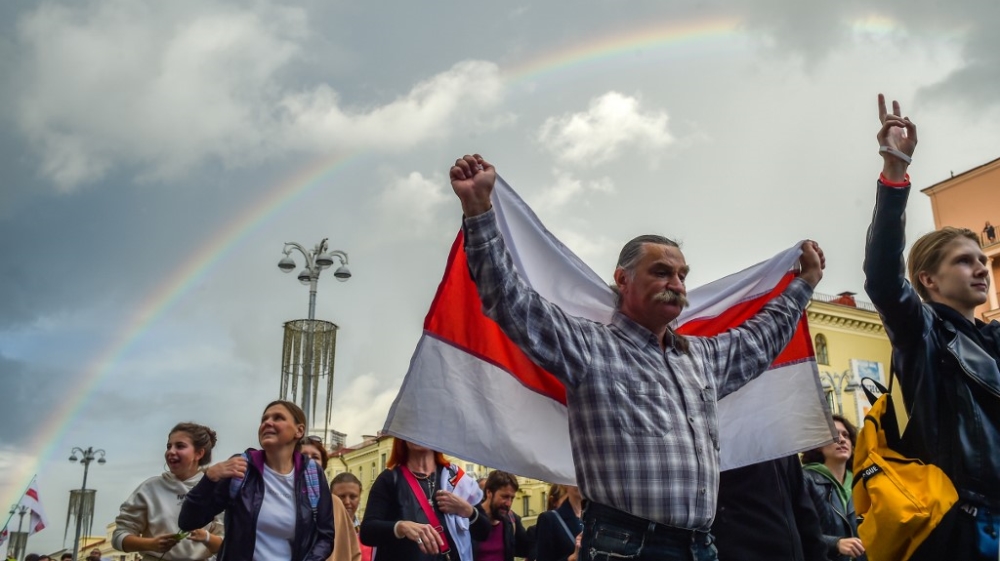 The European Union has agreed to impose sanctions on up to 20 senior Belarus officials suspected of election fraud and the crackdown on protesters and is likely to put President Alexander Lukashenko on its list at some point, the bloc’s foreign ministers said on Friday.

“We have general agreement on how the list will be structured and who will be, more or less, on the list,” Czech Republic Foreign Minister Tomas Petricek told reporters at a meeting of EU foreign ministers in Berlin.

However, the technicalities involved in legally finalising the list will not be concluded for at least another week.

Asked whether the Belarusian president will be hit by a travel ban and asset freeze, Petricek said he believes “Lukashenko should be on the list”.

“The question is whether in the first stage, or a later stage if there is no progress,” he said.

Lithuanian Foreign Minister Linas Linkevicius agreed that Lukashenko should be on the list now, but he acknowledged that there may be “tactical reasons” to keep the Belarusian leader off.

Some countries prefer a gradual approach that would ratchet up pressure by adding more names progressively if Lukashenko failed to enter into talks with the opposition.

Greece and Cyprus are also believed to be demanding sanctions be slapped on Turkey for what they say is its illegal energy exploration in the eastern Mediterranean before the two countries agree to the measures against Belarus.

Russian President Vladimir Putin warned on Thursday he stands ready to send police to Belarus if protests there turn violent, but sees no such need yet.

Linkevicius said: “We cannot exclude this invasion,” and that the EU must also send a clear warning to Russia.

Also on Friday, Ukraine froze contact with Belarus and joined the EU in condemning the recent elections in its northerly neighbour as not free nor fair.

Ukrainian Foreign Minister Dmytro Kuleba said there was no reason to break off diplomatic relations entirely, but added Ukraine would take a decision on imposing sanctions on Belarus after seeing what the EU would do.

“We put all contacts on pause until the situation in Belarus stabilises,” he said.

Ukraine has so far been guarded in its language when commenting on the political turmoil in Belarus.

Related Topics:BelarusEuropeEuropean Union
Up Next

What is behind the assassinations in Basra? | News