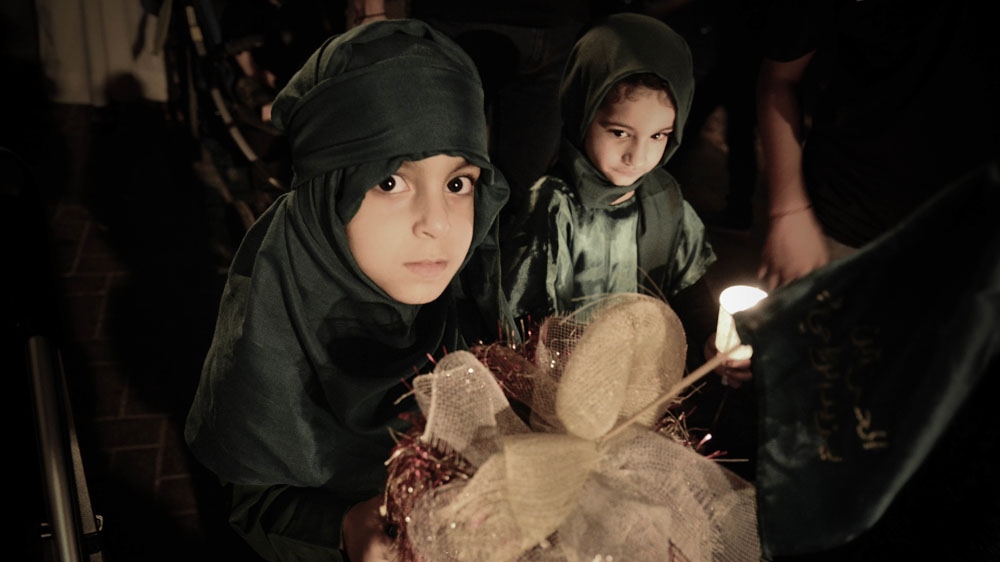 Ashoura is marked on the 10th day of Muharram, the first month of the Islamic calendar, by all Muslims.

It marks the day Nuh (Noah) left the Ark and the day Musa (Moses) was saved from the Pharaoh of Egypt by God.

The Prophet Muhammad used to fast on Ashoura in Mecca, where it became a common tradition for the early Muslims. Ashoura this year will be marked on August 29.

But for the Shia, it is also a major religious event to commemorate the martyrdom of Husayn Ibn Ali al-Hussein, the grandson of the Prophet Muhammad, who died at the Battle of Karbala in 680 AD.

Every year since then, many Shia mark Ashoura by performing a pilgrimage to the mausoleum of Imam al-Hussein, which is traditionally to be held his tomb in Karbala.

This year, as the coronavirus pandemic rages on, governments and health authorities are cautioning people to commemorate Ashoura with strict health guidelines.

In a letter to Iran’s Health Minister Saeed Namaki earlier this month, The Iranian Psychiatric Association demanded a “complete ban of any gatherings, especially communal mourning ceremonies” that will take place during Muharram and on Ashoura.

Senior Vice President of Iran Eshaq Jahangiri, who contracted COVID-19 earlier this year, tweeted the coronavirus “has made mourning sites precarious”, in reference to Ashoura.

Hassan Nasrallah, leader of Lebanon’s Hezbollah group, has urged followers to suspend public gatherings, amid a surge of COVID-19 cases in the country.

“The situation has become out of control, there are many cases, and the hospitals are no longer able to cope,” Nasrallah said on August 17, urging worshippers to instead put up black flags outside their homes and shops to mark the religious event.

In early Islamic history, some Muslims supported Ali, the cousin of Prophet Muhammad and the fourth caliph (temporal and spiritual ruler) of the Muslim community.

Their support was based on the wish that the caliphate should stay within Prophet Muhammad’s family.

They were called Shia, which means “the supporters” in Arabic.

Muawiya was succeeded by his son Yazid. Ali’s son, al-Hussein, refused to accept Yazid’s legitimacy and fighting between the two broke out.

Al-Hussein, accompanied by his family and a few fighters, faced Yazid’s army. A defiant al-Hussein refused to surrender even though he realised he was outnumbered.

After a brief battle, he and his followers were killed.

The death of Imam al-Hussein is considered by the Shia community to be a symbol of humanity’s struggle against injustice, tyranny and oppression.

The primary rituals and observances on Ashoura consist of public expressions of mourning.

Some in the Shia community resort to self-flagellation with chains and the blunt ends of swords.

This is intended to exemplify the suffering Imam al-Hussein experienced shortly before his beheading.

However, in recent years, some Shia religious leaders have been discouraging the bloodletting, saying it creates a backward and negative image of their community. Such leaders encourage people to donate blood to patients in need.

Many Iraqis cook throughout the night and offer meals of rice with meat and chickpeas to the pilgrims attending the ceremonies.