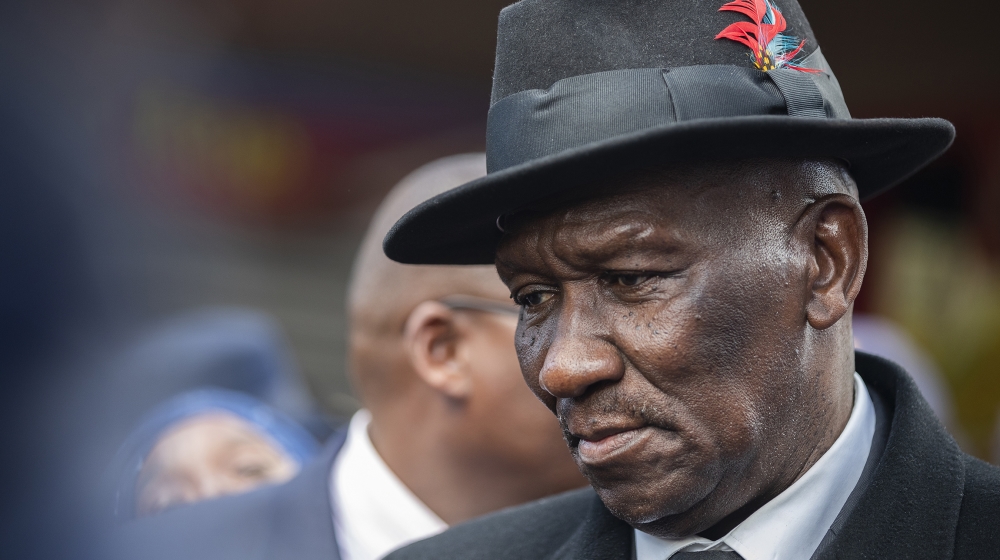 Johannesburg, South Africa – Residents in the South African capital are angry after a disabled 16-year-old boy was allegedly shot dead by the police.

Nathaniel Julius, who had Down’s syndrome, died in a hospital in Johannesburg on Wednesday night, hours after he was shot by the police metres away from his home in the city’s Eldorado Park suburb.

The killing occurred after residents in the neighbourhood – ravaged by drugs and crime – took to the streets to protest the lack of housing in the area.

In recent months, the South African police have faced allegations of brutality during the enforcement of coronavirus restrictions.

Police claimed Julius was wounded in a shoot-out between gang members and police officers when a stray bullet hit him. But the family and the community rejected the claim.

According to the family, the teenager was shot in the chest when he was unable to answer questions from the police.

Witnesses said Julius was holding a biscuit in his hand when police began questioning him, but he was not able to answer properly due to his condition.

Witnesses alleged that police officers bundled Julius into a van after the shooting and took him to hospital several miles away, where he died.

“Police should be trained to minimise the possibility that bystanders will be killed. The facts are not clear here, but a shoot-out does not in itself constitute justification for the death,” David Bruce, an independent expert on policing in South Africa, told Al Jazeera.

During the protest on the day of Julius’ death, Eldorado Park residents hurled rocks at the police, who retaliated by firing rubber bullets and stun grenades.

A provincial government official, Faith Mazibuko, visited the teen’s family on Thursday and announced that the Independent Police Investigative Directorate (IDIP) will probe the case.

Addressing the reporters later, Mazibuko said the police officers deployed in Eldorado Park during the incident have been removed while the case is being investigated.

Meanwhile, more violence followed on Thursday, with residents calling for an overhaul of the police force in the area.

On Friday, Police Minister Bheki Cele was confronted by an angry crowd chanting “Police are corrupt!” and “Justice for Nathaniel!” as he visited Julius’s parents in Eldorado Park.

According to the boy’s family, the police are trying to “cover up” the “cold-blooded” killing.

The shooting is reminiscent of other instances of recent police brutality in South Africa during the coronavirus lockdown that started on March 27.

Bruce compared the boy’s shooting to the killing of Tyrone Moeng, 19, who was fatally shot by the police on April 13.

Themba Masuku of the African Policing Civilian Oversight Forum said, “The killing of a defenceless young man by the police demonstrates serious problems in our policing”.

“It is highly unlikely that this young person posed any threat that warranted lethal force. The culture of impunity and lack of respect for life is worrisome because everyone especially children must feel safe around the police. Force should be used as a last resort,” Masuku told Al Jazeera.

“We have a moral duty and that is to demand the truth. We must demand answers and expect to get only the truth,” said Yasmin Sooka, executive director at Johannesburg-based Foundation for Human Rights.

Related Topics:AfricaPoliceSouth Africa
Up Next