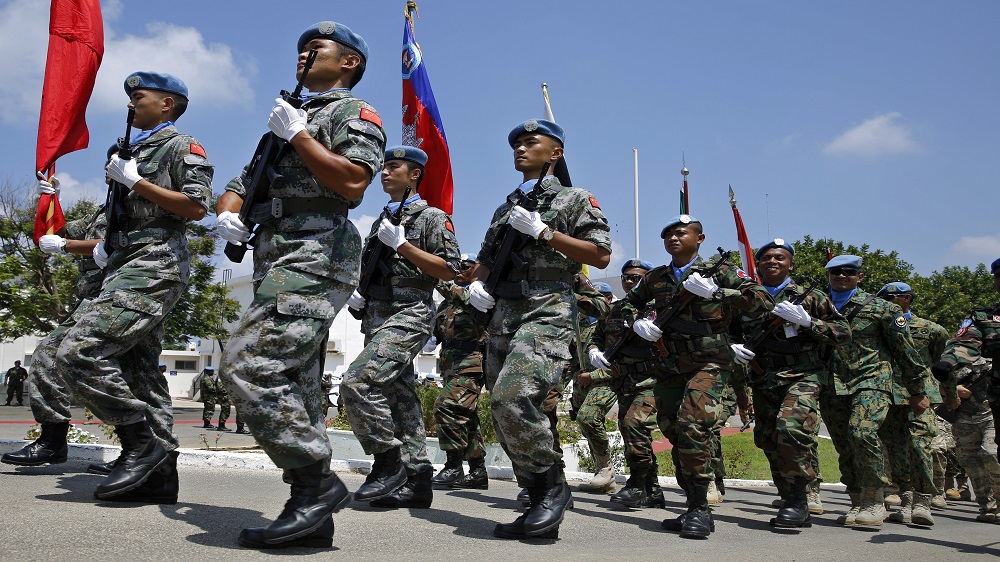 Beirut, Lebanon – Tough negotiations on the scope and scale of a 42-year-old UN peacekeeping mission in Lebanon are set to run all the way up to a Friday United Nations Security Council (UNSC) session to renew its mandate.

The UN Interim Force in Lebanon (UNIFIL) has been stationed at Lebanon’s southern border since 1978, during the country’s civil war, and was beefed up following the 2006 war between Israel and Hezbollah.

US President Donald Trump’s administration has for years been pushing for changes to the mission’s mandate that would increase the number of troops, now at roughly 10,000, and allow the forces to have more freedom of movement in the border area that is largely controlled by Hezbollah.

Along with Israel, the US has argued that UNIFIL is ineffective at implementing UNSC Resolution 1701, which ended the 2006 war and called for the removal of all armed groups in the south other than the Lebanese army.

Lebanese officials and Hezbollah have meanwhile criticised UNIFIL for failing to stop near-daily Israeli infringements on Lebanese sovereignty via air, sea and land and point to Israel’s continued occupation of slivers of Lebanese territory as a reason for sustaining an armed struggle.

“Last year renewal negotiations were difficult. This year, it’s doubly so,” a diplomatic source told Al Jazeera. “It’s an election year so Trump wants to show he’s on top, and Israel is trying to get whatever they can get from this administration.

“There is a chance it may not get renewed – you never know with this administration,” the source said.

Lebanon has approved the renewal of the mandate without any changes, and is working with allies at the UNSC, chiefly France, to maintain UNIFIL’s mandate as is.

At least two drafts of the mandate renewal have been rejected in the past week. France on Wednesday submitted another one for a vote.

This year, critics of the mandate have pointed to a number of security incidents at the border that UNIFIL has been powerless to stop or meaningfully evaluate afterwards.

In the past month alone, Israel twice shelled southern border areas in response to alleged Hezbollah activity – once an infiltration attempt, and the second time, on Tuesday night, live-fire towards an Israeli patrol.

Hezbollah denied the first incident in late July but has not denied the second.

After the July incident, UNIFIL pledged to undertake an investigation into what happened. But the diplomatic source said “there were no conclusive findings and nothing really happened”.

UNIFIL spokesperson Andrea Tenenti did not respond to a request for comment on the investigation into last month’s conflagration.

UNIFIL’s work is also often impeded by farmers and villagers who do not let them enter parts of the south, as well as by private property belonging to citizens or Hezbollah-aligned NGO Green Without Borders, which Israel bombed on Tuesday.

Former US Ambassador to Lebanon Jeffrey Feltman said in a June opinion piece these activities are “all undoubtedly connected to Hezbollah”.

If its demands are not met, the US has threatened to either veto the renewal, refuse to fund the force, or shorten its mandate to six months.

But an official Lebanese source told Al Jazeera UNIFIL does important work, despite the “red lines” that were set around “private property in the south, which is an issue of our sovereignty”.

The source said regular tripartite meetings between the Lebanese and Israeli militaries, facilitated by the UN at the southern border, help to defuse tensions.

The source also said while the mandate was imperfect, it had brought fragile calm to a region that was formerly synonymous with instability.

“Many people don’t remember this now but before 1978 the south was like the wild wild west. Anyone with a missile or bomb could go to the border and do what ever they want,” the official source said.

“In their [UNIFIL’s] absence, it becomes a powder keg where anything could happen, and that’s not in anyone’s interest – neither Lebanon nor Israel nor America.”

Why are some Republican leaders urging voters to vote Democrat? | US Elections 2020