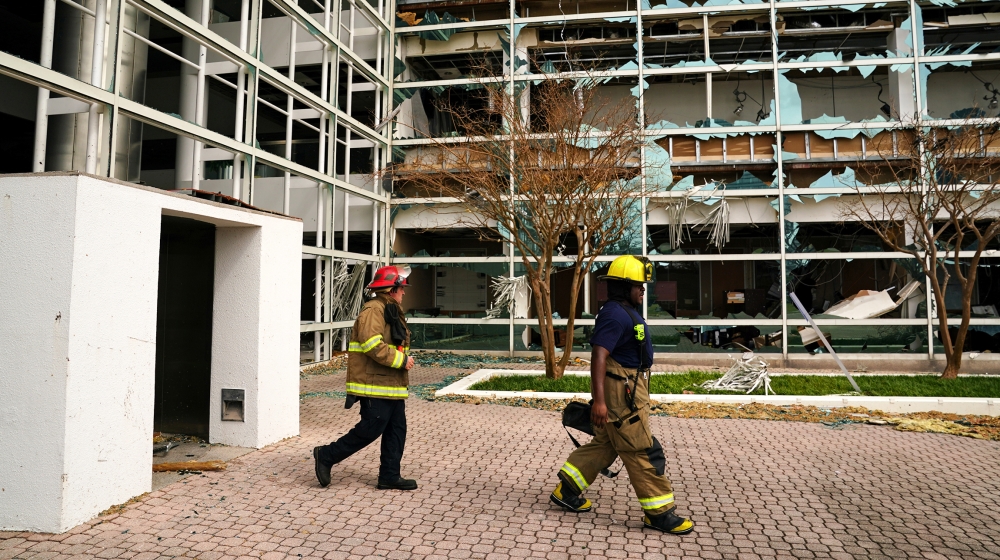 Hurricane Laura ripped through southwestern Louisiana on Thursday, destroying buildings in the city of Lake Charles and killing at least four people after making landfall in the early morning as one of the most powerful storms to hit the state.

The hurricane’s first reported US fatality was a 14-year-old girl in Leesville, Louisiana, who died when a tree fell on her house, a spokeswoman for Governor John Bel Edwards said.

“We do expect that there could be more fatalities,” the spokeswoman, Christina Stephens, said on Twitter.

Governor Edwards warned residents in the area to shelter in place, close doors and windows and turn off air conditioners as authorities investigated.

“Stay inside and wait for additional direction from local officials,” Edwards wrote on Twitter.

Residents of Lake Charles heard Laura’s winds howling and the sound of breaking glass as the storm passed through the industrial city of 78,000 with winds of 85 miles per hour (137 km per hour) and gusts up to 128 mph (206 kph) in the hour after landfall.

The windows of the city’s 22-floor Capital One Tower were blown out, street signs were toppled and pieces of wooden fence and debris from collapsed buildings lay scattered in the flooded streets, video footage shared on social media showed.

“It looks like 1,000 tornadoes went through here. It’s just destruction everywhere,” said Brett Geymann, who rode out the storm with three family members in Moss Bluff, near Lake Charles. He described Laura passing over his house with the roar of a jet engine around 2am.

“There are houses that are totally gone. They were there yesterday, but now gone,” he told the Associated Press news agency.

Laura made landfall just before 1am as a Category 4 storm packing winds of 150 mph (240 kph) in the small town of Cameron, Louisiana, the National Hurricane Center (NHC) said.

It rapidly weakened to a Category 1 storm on Thursday morning with maximum sustained winds of 75 mph (120 kph) and was forecast to become a tropical storm later in the day.

The NHC warned that high water levels would persist along the Gulf Coast for several hours as Laura moved north and then northeast. 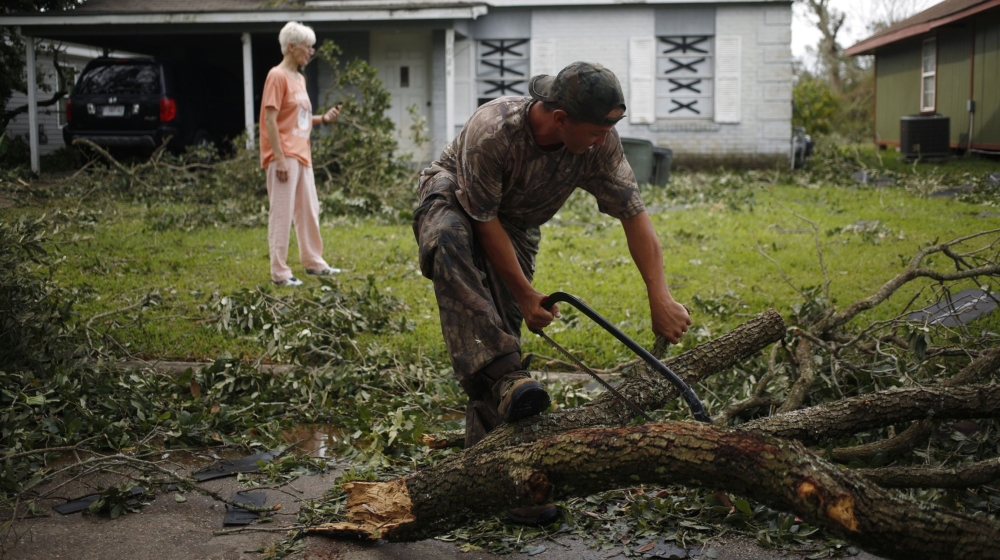 Hurricane Laura became one of the most powerful storms ever to hit Louisiana with a “catastrophic storm surge,” flash floods and devastating winds [Luke Sharrett/Bloomberg]

Besides threatening life, the storm slammed the heart of the US oil industry, forcing oil rigs and refineries to shut down production.

The Port of Lake Charles remained closed as workers were unable to enter or exit the facility due to downed power lines and trees.

The port avoided significant flooding but power was out as of Thursday morning, manager of security and safety Ed Manint said, according to Reuters news agency. The harbour police were assessing the damage, he said.

‘Less surge than we thought’

Federal Emergency Management Agency (FEMA) Administrator Pete Gaynor told Fox News that the agency would make storm damage assessments on Thursday and had the resources to respond to the storm now, adding he expected to see significant damage from wind and building damage.

The NHC on Wednesday predicted storm surge would be “unsurvivable” and could penetrate up to 40 miles inland. While the worst projections had not materialised, damaging winds and flooding rainfall would continue spreading inland later on Thursday, the NHC said.

Laura could spawn tornadoes on Thursday over Louisiana, Arkansas and western Mississippi, and was expected to drop 4 to 8 inches of rain (101 to 203 mm) across portions of that region, the NHC said.

Trump was scheduled to visit FEMA’s headquarters in the early afternoon to receive a briefing on the hurricane. 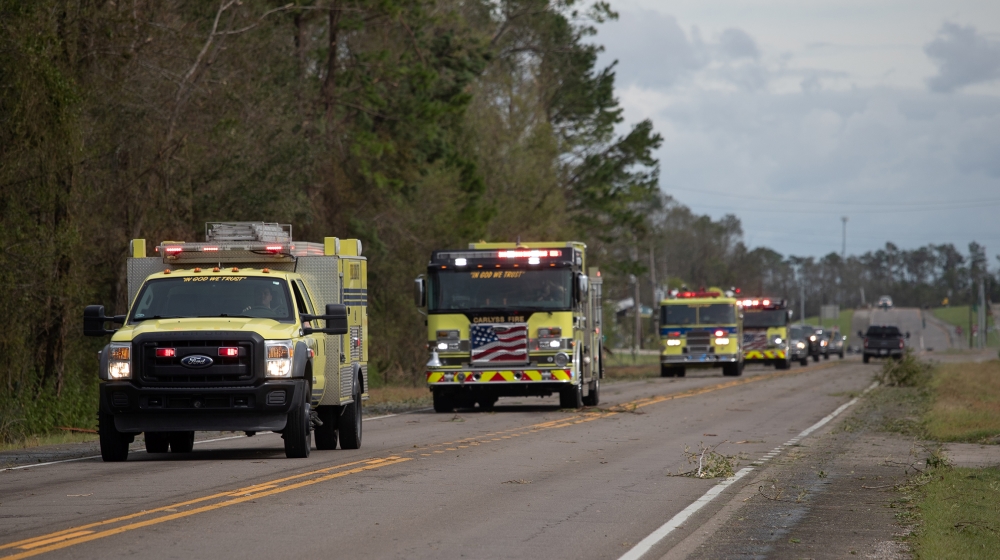 The eastern coastal counties of Texas that had braced for the worst were largely spared Laura’s rage.

Galveston’s acting mayor, Craig Brown, told MSNBC he was cancelling the island city’s evacuation on Thursday after the storm turned more towards Louisiana. The mayor of Beaumont, Texas, Becky Ames, told MSNBC the situation was “manageable”.

Texas Governor Greg Abbott was planning to travel to east Texas to survey the damage on Thursday, his spokesman said.

Around 650,000 homes and businesses in Louisiana and Texas were without power early on Thursday, and local utilities in the storm’s path warned outage numbers would climb as the storm marched inland.