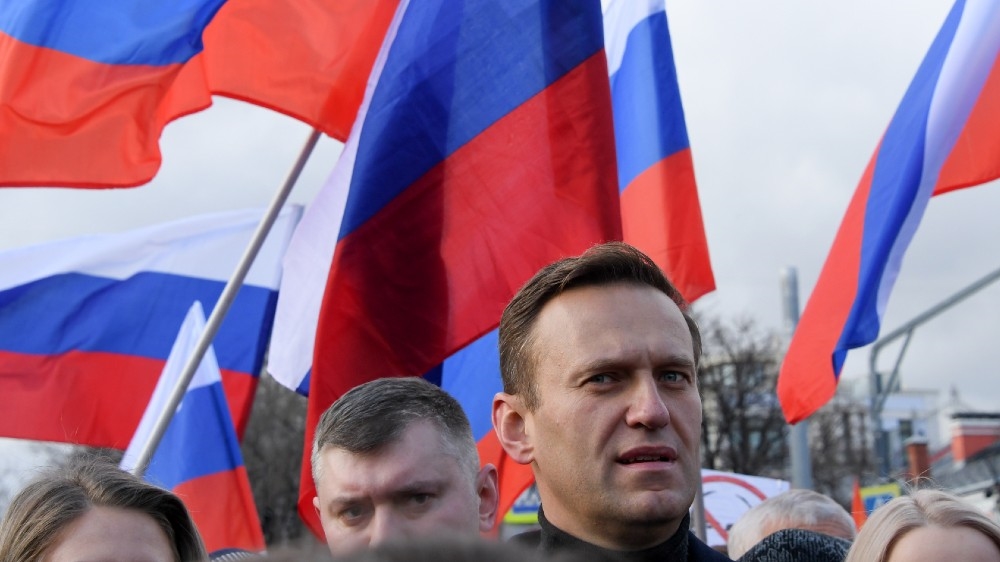 Russian transport police in Siberia has launched a preliminary examination into opposition leader Alexey Navalny’s illness, after the Kremlin dismissed German doctors’ findings that he was likely poisoned.

The police said on Thursday it had begun “a pre-investigation check” into what led to Navalny’s hospitalisation in the city of Omsk, in order to establish “all the circumstances” and decide whether or not to open a criminal probe.

The move came a week after Navalny fell ill on a flight from the Siberian town of Tomsk to Moscow on August 20.

The plane made an emergency landing last Thursday in Omsk where he was taken to hospital in a coma and put on a ventilator.

His aides suspect he was poisoned via a cup of tea at the airport, and point the finger at President Vladimir Putin.

Navalny’s family fought to have him airlifted to Germany, saying they did not trust Russian doctors.

The doctors who treated Navalny for two days in the Siberian city of Omsk said their tests did not find any toxic substances, calling his condition a “metabolic disorder”.

However, the Charite hospital in Berlin said on Monday that tests indicated poisoning with a substance that inhibits the cholinesterase enzyme, a feature of nerve agents.

“I do not understand why Russia does not play the game of transparency. It is in its own interest, and we are saying so,” Foreign Affairs Minister Jean-Yves Le Drian told RTL radio.

“If they wanted to take the initiative with transparency, it would be to their credit,” he said.

The Kremlin on Wednesday rejected international calls for an investigation into Navalny’s alleged poisoning, saying Russian medics had not identified any toxin.

Le Drian again called for a “transparent” investigation “and when the culprits are found, to put them on trial, so that the lesson can be learned because this is not the first time there is a poisoning” of an opposition figure in Russia.